Europe serves as a deployment and front area and source of cannon fodder! 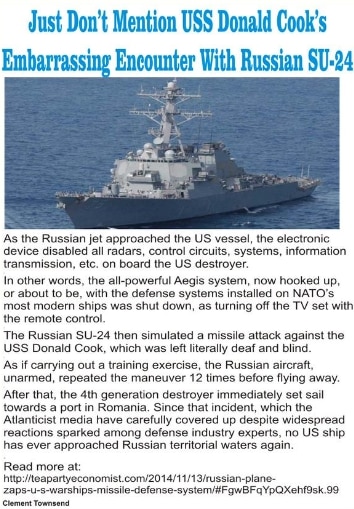 Why the USA must prepare the decisive war against Russia?

Consider that the war against Russia is not only being prepared now, but has already begun with the British Empire in the mid-19th century. The specific reason was the conversion of the firing of Royal Navy warships from coal to oil and that the known major oil reserves and refineries were located on the territory of Russia.

Although the following article discusses the raid of Killary on Libya, it contains many quotes and sources about the historical turn to oil as a fuel of industrialization and militarization.

As the British Empire did not share border with Russia, the large neighboring empires were decomposed from inside by spreading the ideology of Nationalism and mobilized. The goals of the British Empire were largely achieved during the two world wars, but meanwhile the world empire relocated its headquarters to the United States.

Since the WWII goal of conquering mineral oil reserves and other mineral resources of Russia has failed several times, including attempting financial conquest by stalwarts like Chodorkovsky, but has never been abandoned. Consequently, the Empire, this time USA-based, wants to continue a war for complete smashing of Russia.

Today, it is not just about the mineral resources, but also the air resources, which are wind currents, humidity, sunlight and as a special reserve of the water cycle, the natural fresh water of Russia. So today’s war preparations are about everything.

Why must the USA must begin and they have to win the war against Russia?

If the US does not wage a war against Russia and does not win such a war, then the US as an imperial state will completely perish.

In the age of mastering the water cycle and the carbon cycle as a power factor, states with high levels of these reserves are automatically strengthened and those who lack both are marginalized. Russia owns most of the northern polar hemisphere, and thus the largest freshwater and mineral oil deposits that are naturally enriched there.

Sure, the risk is big. Several attacks against Russia have ended with the defeat of the aggressors. No matter how long it takes to prepare for the coming attack not to fail again, the compulsion to attack Russia remains.

Given the defeat in Syria, the glorious presentation of Russian military technology, and the consolidation of the pro-Russian bloc, the options for success are bleak for the Empire, but doing nothing also results in breakdown by the bloated financial bubble.

After the financial crisis of 2007/2008 none of the problems of the FED dollar system were solved, but only postponed and further inflated. The FED is now the largest creditor of the USA, because the debt papers of the USA don’t find buyers worldwide. The attempt to expand the snowball system towards betting on weather, climate, water and CO2 will not compensate the decline of interest.

Russia damages the FED dollar system more by ruining the Imperial paper-gold bubble by buying up metal gold. Consider that for every ounce of metal gold, at least 1,000 ounces of paper gold are sold in this Imperial snow ball (Ponzi scheme) system. From 2017 to 2019 alone, Russia withdrew more than 600 tons of metal gold from the market.

What role do Germany and Poland play in particular, but also the entire EU?

Germany and Poland are the natural area of military deployment and attack for every war against Russia. The British Empire has promoted the development of the German Empire to use it as a battering ram against Russia. Germans are credulous people and fell easily twice to this trick.

The current empire has built the EU as an even bigger battering ram and will continue to militarize and radicalize it to use its youth as cannon fodder. This army is already being reinforced with the refugees from the global geophysical war in the Middle East, Asia and Africa. This process should have accelerated, but was slowed down by the imperial defeat in Syria and Iraq.

To achieve this, the EU must grow into a militarily and administratively unified structure. The front will start in the Baltics because Kaliningrad is deemed as the strategically weakest part of Russia.

All other wars are just the skirmish for the attack on Russia.

However, it should be noted that Russia has never started a war in its history, but has always ended in the capital of its main enemy!

To understand the situation in Germany, I would like to offer the following article:

Please also keep in mind that “environmental protection” has been the strongest weapon of the US-based empire ever, since Lyndon B. Johnson commissioned academic liars to rename Geophysical Warfare “Protecting our Environment.”

How the Geoengineering Scam began in 1965 by turning Geophysical Warfare into “Protection of our Environment”!
https://geoarchitektur.blogspot.com/p/how-geoengineering-scam-began.html