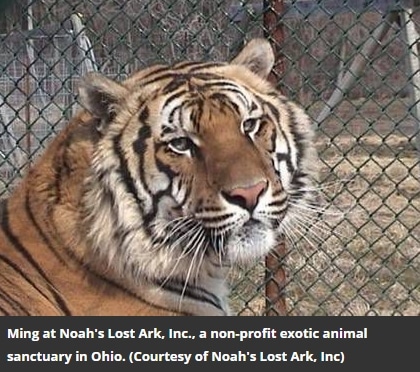 A Farewell to Ming, the Siberian-Bengal Tiger Who Spent Three Years in a Harlem Apartment

In Apartment 5E of a housing project in Harlem, there once lived a Siberian-Bengal tiger named Ming. He had his own bedroom, and was lovingly cared for by his owner, Antoine Yates. Ming was well known to residents of the Drew Hamilton Houses—it was hard to miss his roaring and the distinct smell of his urine—but he went undetected by authorities for three years. And when he was finally found out, his story captivated New Yorkers, who saw the urban tiger as emblematic of the wild, raucous nature of their city.

“It was a story that could only happen in New York City,” Jeremy Saland, who eventually prosecuted Yates for reckless endangerment, tells Corey Kilgannon of the New York Times.

In February, the 19-year-old tiger died at the Noah’s Lost Ark sanctuary in Ohio, where he had lived since being removed from Yates’ apartment in 2003. Ming suffered from kidney and heart failure, according to John Annese of the Daily News. Reports of the tiger’s death only came to light recently.

“He lived a really good life here,” Ellen Karnofel, the owner of the sanctuary, tells Annese. “He was able to run and play on the grounds. 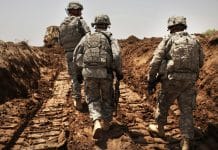