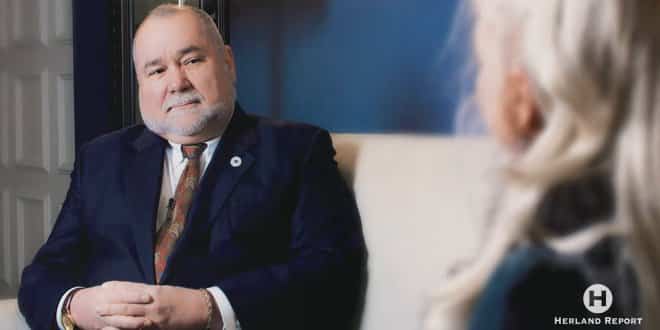 Are Steve Bannon, Mitt Romney, & Bill Kristol All Seeking to Impeach President Donald Trump? Is John Brennan Doubling Down on His Own Treason with Gina Haspel’s Help? Is John Bolton now is full treason mode?


As an intelligence professional — the only one I know of committed to holistic analytics, true cost economics, and never lying to the President of the United States of America — I am constantly on the look-out for “weak signals” that might be an indicator of emerging trends.

I have concluded recently the following:

00 The Clintons and Pelosis of this world are now in total harmony with the Boltons and Romneys of this world. The two extremes, both committed to war as a profit center, both owned by the Zionists and Deep State, both subject to pedophilia and murdeous pedophilia blackmail, are all in against the President.

01 Steve Bannon is now in active betrayal of President Donald Trump and is actively collaborating with Mitt Romney and Bill Kristol and the Mossad toward the impeachment of the President and a new GOP candidate for 2020. He may also be working for John Brennan directly.

02 Mitt Romney is leading an effort to mobilize over 20 Republican Senators to vote in favor of the impeachment nothingberger being put forward by Zionist and probable pedophile Adam Schiff. The traitors on the left and the right are coming together which quite remarkably places the President in the center.

03 At least two billionaires who traditionally support Republicans are looking for Plan B at the same time that the Zionists are now actively seeking to take down the President to preclude his acting on everything we have from both the Epstein case and the NSA mapping of all Zionist calls and emails for the last fifteen years (including newly decrpted emails) as well as his clear intent to make the deal with Iran.

04 Both Mike Pence and Steve Bannon (as well as Adam Schiff) are vulnerable on the Mossad-CIA-FBI pedophilia front.  Nikki Haley (and AOC) are simply being bought by the Zionists. The President’s closest circles are penetrated while his enemies are doubling down in fear and panic.

05 Although the President is in a position to strike back and impeach all of them with far more credible information that he is uniquely authorized to declassify and make public, these traitors are relying on the President being slow and weak on this front — his mediocre staffs some of whom are certainly traitors, are doing what they can to slow and misdirect the President.

The President’s two major weaknesses — incompetent staffs incapable of leading a national narrative that makes values the issue, and lack of his own Trump Studio and his own social media ecology displacing #GoogleGestapo and creating vibrant local to national truthful information sharing channels — can be rapidly resolved.

I predict — I pray — that by 4 July 2020 the President will not only have a Trump Studio and his own social media connected to 250 million citizens, but that he will also have indicted at least 100 individuals including Mitt Romney and Nancy Pelosi and Adam Schiff, with hard evidence that will incontrovertibly send them toward conviction for multiple crimes including the enabling and cover-up of murderous pedophilia networks in California and Utah as well as trafficking in newborn babies. It would be better to start this now and have it active by Thanksgiving at the earliest, 1 February 2020 at the latest.


Here are some of the weak signals I am seeing:

Bill Kristol: Mitt Romney Has Helped Reassure Pelosi There Is Republican Support For Impeachment in Senate

Now for some additional analysis after conversation with others:

We now know Bannon met with Epstein BEFORE the 2016 election as well as twice AFTER seeking non-existant leverage on Trump. I personally believe that Bannon and Brennan are closer than anyone realizes, and part of the Cabal network — it may be that Brennan recruited Bannon after Bannon was expelled from the White House.

The plotters — both the original DNC-CIA-FBI-DOJ plotters and the new RINO-Bush/Cheney/Romney crime family plotters —  hope the relentless barrage of MSM attacks on Trump will inexorably grind Trump’s public support down to the point that Republican Senators can safely turn on Trump without suffering reprisal at home.

This is EXACTLY what was done to Nixon who hung on for 2 years before losing enough support to be removed and will happen again if Trump does not act. As with Nixon there was NOT a legitimate case for impeachment, the crimes were done by CIA “plumbers” without Nixon’s approval.


The Deep State MSM was more successful with the Russia hoax than the President may realize with roughly 50 % believing that Russia interfered in our election despite any evidence of that. Some media starting to recycle the Russia lies . This is because the President’s staffs (and the GOP) are either incompetent or in betrayal — we note that Ronna Romney McDaniel “runs” the GOP and we speculate that she is totally compromised, intimidated by Romeny, and playing both sides — in quiet betrayal of the President toward both impeachment and and a challenger for the nomination (which is Trump’s to lose).

With the Steele Dossier exposed and the Russian Troll farm hoax exposed the ‘DNC hacking myth/ Crowdstrike” fraud is being protected from further exploration.

Trump is more popular among Republicans at home than any Senator and needs to start spending on targeted advertising in the states with wobbly senators making it too politically costly for them to betray the President.

Corporate broadcast media could refuse to take Trump ads which will be a problem, at the same time that Facebook, Google, and Twitter shadow ban his communications and manipulate searches against the President. The President needs BOTH a Trump broadcast studio AND his own social media ecology, abandoning (and indicting) Facebook and Twitter while providing an honest  search alternative to Google and YouTube).

FOX is as bad as CNN in daytime hours. Only the nightime line-up is helpful.

BRENNAN is the orchestrator of the Ukraine farce- and he will keep rolling out CIA ‘Whistleblowers” to prop up their already discredited narrative.

Trump is paying a price for NOT taking Brennan- Comey-Clapper et all when he had them down.

What Trump must do:

The IG FISA Investigation report will be gutted by FBI and DNI redactions— will be a dud. Trump must declassify as a whole.

The Censorship on Social Media shifts control of the narrative back to the old MSM putting Trump in danger as the fake news media keeps pushing the false narrative. He had 3 years to do something about this and has done nothing. Neither he nor his staffs  have the vision to build his own Social media/ TV/ Cable/Radio outlets—and certainly not Bannon, Beck, and O’Reilly.

Where is the McCabe indictment ? It was coming, coming, silence………

He has the goods to charge and arrest Elijah Cummings for corruption today– won’t do it — Trump has failed to connect the blacks because he allowed his staff to lie to him about Dr. Cynthia McKinney and to block our recommendation of 12 Black Panther pardons.

The Zionists appear to see clearly that President Trump is going to make peace with Iran and this means — as Henry Kissinger anticipated — the end of the invented criminal genocidal apartheid state of Israel. Behind the scenes the Zionists are now going “all out” against the President in partnership with the Catholic and Mormon and Freemason secret societies that are the backbone of the Deep State.

Trump still has all fourteen of the “moves” I have previously itemized, including #UNRIG and bringing Dr. Cynthia McKinney into play. I have to wonder how many lies he is being told to keep him from mobilizing the help that is his for the asking.

All of this is fixable if President Trump is prepared to listen to what his most loyal supporters have been suggesting for over two years — make the arrests, declassify everything, and above all, throw the press out of the White House and turn that space into a proper national presidential media and public intelligence center.

Donald Trump: Thinking About My Own Network!

Worth A Look: Secret Empires – How the American Political Class Hides Corruption and Enriches Family and Friends