[ Editor’s Note: The US’ false claims that its sanctions do not affect civilians is a black lie. There use to be activist groups in the US that would rub something like this in the government’s face, as it reflected on the badly on the American people; but they are no more.

You can just imagine the change of tune if something like this had been done to Jews somewhere. The furies would be released to punish the perpetrators.

I had not anticipated during my 2018 trip to Iran to get questions on the chemical weapons we used on Iran via our proxy, Saddam Hussein. I met no actual victims, but their children and grandchildren. And, I had no answer for them. Sometimes the less said is better.

Of course, even children there having cancer treatment are affected by the US sanctions, and I doubt a tear has been shed among the Western sanctionista crowd.

That the UN has not been able to arrange something itself, setting up a payment account to fill in the gap, is a mystery. What would the US do, quit the UN? I don’t think so, as it could not then use its veto.

Sure, that would reduce the UN’s budget if the US pulled out, but it would also remove its veto that has protected Israel for so long. Don’t expect getting a Democrat in the White House to change much, as they have their Russophobes and Iranophobes galore waiting in line to pick up the bashing stick… Jim W. Dean ] 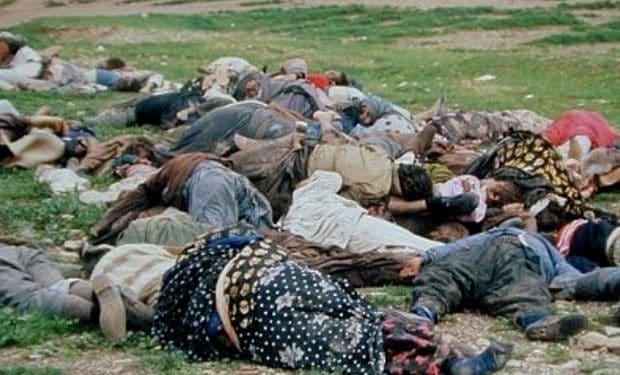 Iran’s ambassador and permanent representative to the Organization for the Prohibition of Chemical Weapons (OPCW) says unilateral US sanctions have prevented the country’s access to medical and health services required to treat victims of chemical attacks carried out by former Iraqi dictator Saddam Hussein in the 1980s.

“The inhumane sanctions have negatively impacted the supply of medicines and treatment for more than 70,000 victims of chemical weapons in our country and have in fact hindered the treatment of chemical attacks victims,” Alireza Kazemi-Abadi said on Wednesday.

He called on OPCW member states to make efforts to help chemical victims through the Voluntary Fund for Assistance, whose funds are to be used to provide assistance if a state party is attacked or threatened with chemical weapons.

The Iranian envoy made the remarks during the 92nd session of the Executive Council of the OPCW in The Hague, Netherlands.

Last year, President Donald Trump unilaterally pulled the US out of a 2015 nuclear deal with Iran, officially named the Joint Comprehensive Plan of Action (JCPOA), and unleashed the “toughest ever” economic sanctions against Tehran.

Officially, the measures exempt humanitarian goods, such as medicine and medicinal instruments. But in reality, they have had negative impacts on Iran’s health sector and restricted the country’s access to medical and health services.

Back in March, 66 Iranian scientific medical societies wrote to the UN chief in denunciation of the “inhumane and medieval” American sanctions, which have led to “extensive shortages of life-saving medical supplies and drugs.”

PressTV-‘Iran medical societies write to UN against US bans’

Iran’s Foreign Minister Mohammad Javad Zarif publishes a letter written by 66 scientific societies for medical sciences to the UN chief in condemnation of US sanctions against the Islamic Republic.

Last November, President of the Academy of Medical Sciences of the Islamic Republic of Iran Alireza Marandi also called on the UN to act against the incessant violation of human rights by the United States.

Marandi said the United States has endangered the lives of many Iranian patients by imposing “unjust” food and medicine sanctions against Tehran.

“These actions by America amount to war crimes because they are aimed at ordinary civilians as their primary and main target,” he said. “Civilians are considered secondary targets in a military war but they are primary targets under such policy of economic terrorism.”

Trump stepped up his campaign of “maximum pressure” against Iran last month by subjecting the CBI to sanctions, describing the bans as the highest Washington had ever imposed on any country.