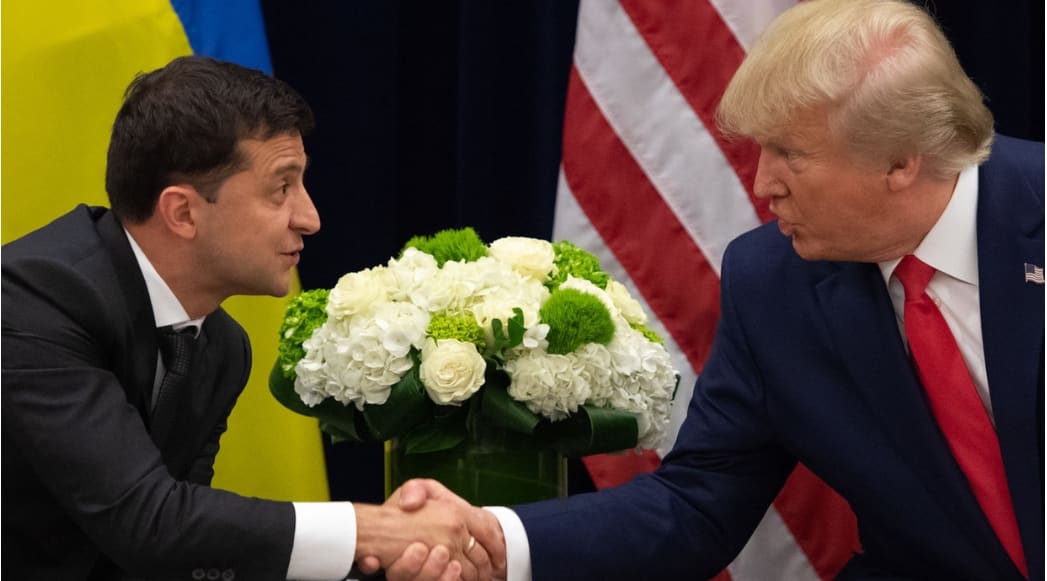 Ukraine’s president has insisted that there was nothing improper about a phone conversation he had with Donald Trump, dismissing allegations that the US leader had tried to extort political favors from him.
–

Volodymyr Zelensky said on Thursday that there was “no blackmail” involved in the call he had with Trump. Democratic lawmakers have accused the US president of withholding military aid to Ukraine as part of a plot to coerce Kiev into launching a probe into the business dealings of the son a top political rival, Democratic presidential candidate Joe Biden.

Zelensky contradicted this narrative, telling reporters that he only learned after their July 25 phone call that the US had frozen hundreds of millions of dollars in military aid to his country. He said that the two leaders didn’t speak about military aid and that it wasn’t a “theme” of their conversation.

The incident has “slightly” damaged US-Ukraine bilateral relations, Zelensky conceded. He told reporters that he wasn’t comfortable with releasing full transcripts of his conversations with world leaders, including President Trump.

Kiev desires good relations with Washington but does not take orders from abroad, Zelensky added. A transcript of the phone call was released to the public after an anonymous whistleblower alleged that Trump had sought Ukraine’s help in settling political scores back home.

The US president said that the military aid was withheld because Kiev has not done enough to fight corruption, but the move has prompted Democrats to launch an impeachment inquiry.