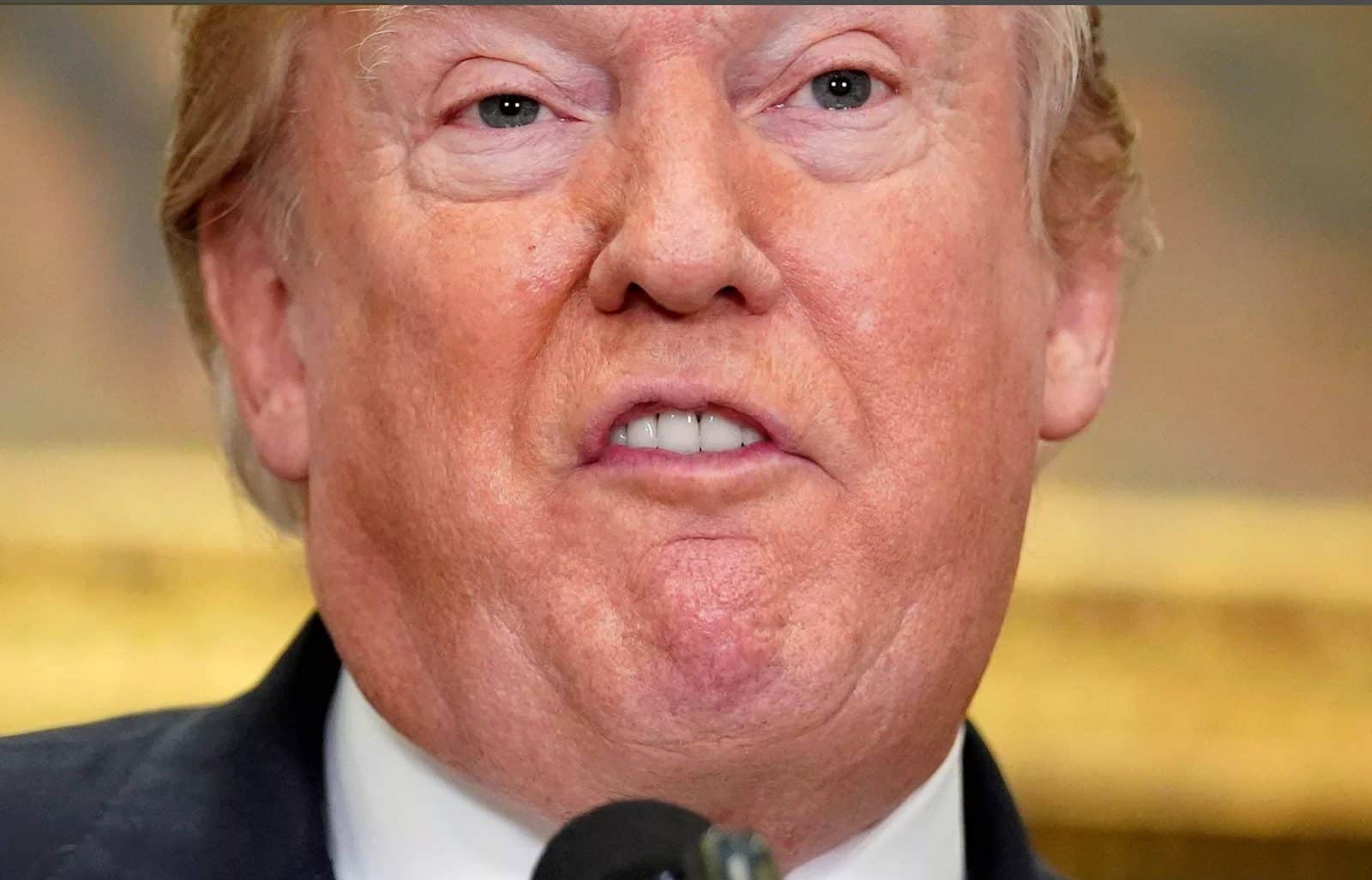 Every day Trump comes up with something to make America look like the backass shithole of the world.

I don’t know whether to laugh or cry.

President Trump on Wednesday addressed his decision to withdraw American troops from northern Syria, abandoning our Kurdish allies—who have done a majority of the fighting against ISIS—before an impending attack by Turkey. Trump noted several contributing factors, including that the Kurds, an Iranian ethnic group, did not help the United States during World War II—including the invasion of Normandy Beach. “Now the Kurds are fighting for their land, just so you understand. They’re fighting for their land. And as somebody wrote in a very very powerful article today: They didn’t help us in the Second World War, they didn’t help us with Normandy, as an example, they mention names of different battles… but they’re there to help us with their land,” Trump said.

The president appears to have been referring to a Tuesday Townhall column by Kurt Schlichter praising Trump for his decision. “The Kurds helped destroy ISIS, true. It’s also true that the Kurds would have fought ISIS anyway, since the psycho caliphate was right next door,” Schlichter writes. “Let’s be honest—the Kurds didn’t show up for us at Normandy or Inchon or Khe Sanh or Kandahar.” Trump went on to cite other deciding factors, including the “military industrial complex.” “We have spent tremendous amounts of money with helping the Kurds in terms of ammunition, in terms of weapons, in terms of money, in terms of pay,” Trump explained. “With all of that being said, we like the Kurds.”

President Trump urged then-Secretary of State Rex Tillerson to help convince the Justice Department to drop a criminal case against Iranian-Turkish trader Reza Zarrab—then a client of Rudy Giuliani—in a 2017 Oval Office meeting, according to Bloomberg. Tillerson reportedly refused, saying the move would amount to interference in an active investigation. He is also said to have emphasized to then-Chief of Staff John Kelly in a separate conversation that the request to the DOJ would be illegal. At the time, Zarrab was being prosecuted by the feds for evading U.S. sanctions against Iran’s nuclear program. Trump’s current personal attorney, Giuliani, and ex-Attorney General Michael Mukasey were hired to represent Zarrab in the case.

Giuliani initially denied ever mentioning Zarrab’s case to Trump, but later backtracked, according to the report. “Suppose I did talk to Trump about it—so what? I was a private lawyer at the time,” Giuliani told Bloomberg. “Maybe I’m wrong. Maybe at some point I dropped his name in a conversation.” He then suggested that perhaps one of Trump’s staff spoke to him about the Zarrab case when he was trying to arrange a swap of Zarrab for American pastor Andrew Brunson—who was jailed in Turkey but released last year. Giuliani also said he discussed the Zarrab case with State Department officials, but did not say if he spoke to Tillerson about the matter. The White House, along with representatives for Kelly and Tillerson, all declined to comment.