‘Hey EU, wake up’: Erdogan threatens to send millions of refugees to Europe if EU labels Turkish op in Syria an invasion

[ Editor’s Note: This comes as no surprise, as Erdogan has been threatening to do this before. The counter to his move is his keeping the war going in Idlib, where the jihadis are refusing to let people escape, and blocking Assad’s efforts to make Idlib inhabitable again.

Like all political hustlers, Erdogan claims something is bad when you do it, but good when he does it, because it says so in The Book of Erdogan. Imagine that. 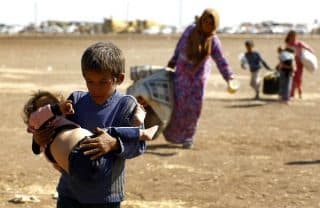 Dear Mr. Erdogan, You need to go back to square one. We would like to see your list of terrorist attacks along your border with Syria that you blame on the Kurds, how many you have caught, video surveillance, etc, the kind of stuff you would use as proof in a court trial.

From your years of telling us about this, you should have a large three-ring binder full of these events that you can show us that we can begin to independently verify.

By the way, it is nice that you want to resettle Syrian refugees back in Syria, but if you respect Syrian sovereignty as you claim, then you understand you have to coordinate that effort with the Syrian government.

If you do not, then your claim to acknowledge Syria’s sovereignty has just been a charade on your part. Why would you not work closely with Damascus on resettlement? … Jim W. Dean ] 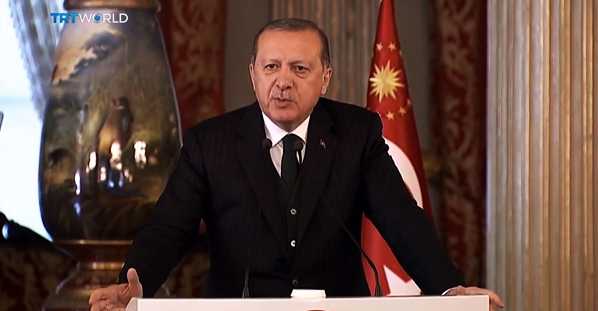 Turkish President Recep Tayyip Erdogan has warned Europe against criticizing his country’s newly-launched military incursion into Syria, claiming he could allow millions of refugees to pour into the EU if he so chooses.
–

In a speech to lawmakers from his AK party, Erdogan warned that there would be repercussions if Europe viewed Turkey’s operation in Syria as an invasion.

Hey EU, wake up. I say it again: if you try to frame our operation there as an invasion, our task is simple: we will open the doors and send 3.6 million migrants to you.

The threat comes after European Commission President Jean-Claude Juncker said that Ankara “must cease the ongoing military operation” in northeast Syria. He said that the incursion would “not work” and that Turkey should not expect Europe’s help with creating a so-called “safe-zone.”

Turkey launched Operation Peace Spring on Wednesday, in order to create a “safe zone” on the Syrian side of the border. The area is controlled by US-backed Kurdish militias, which Ankara views as terrorists. Erdogan claimed that Turkish forces have already killed 109 “militants” since the operation began.

US forces withdrew from the region earlier this week, prompting accusations that US President Donald Trump had betrayed Washington’s Kurdish allies. As a result, leaders of the Syrian Democratic Forces (SDF) have signaled that they might turn to Damascus and Moscow to repel the Turkish incursion.