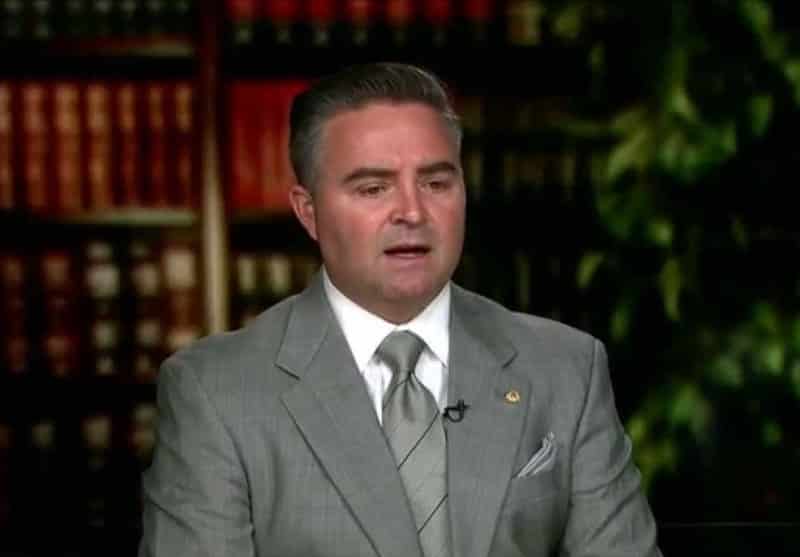 TEHRAN (Tasnim) – A former US army psychological warfare officer highlighted the role of Commander of the IRGC Quds Force Major General Qassem Soleimani in fighting terrorism, saying the general has managed to defeat the Israeli-US plots for war thanks to his “diplomatic-military effectiveness”.

“The strategy employed by Soleimani to defeat the Israeli-US plots for war, false-flag attacks, and international propaganda has been a mixture of tactical communications and diplomatic-military effectiveness,” Scott Bennett, from San Francisco, told the Tasnim News Agency when asked about the reason behind Riyadh’s recent move to sever diplomatic ties with Doha.

His educational background includes a Bachelor of Science in Advertising and Spanish Minor from San Jose State University in California, a Master of Arts in International Business and Public Policy from George Mason University in Virginia, and a Ph.D. (ABD) in Political Theory from the Catholic University of America in Washington D.C. He currently resides in California.

The following is the full text of the interview.

Tasnim: How do you see the role of Commander of the IRGC Quds Force Major General Qassem Soleimani in fighting terrorist groups, particularly Daesh, in Iraq and Syria in recent years?

Bennett: The creation and unleashing of the psychopathic terrorist group Daesh upon the world by the United States, Saudi Arabia, and Israel, may have brought about great suffering and destruction, but it also inspired leaders to rise up and fight against it. One of those great leaders has been Major General Qassem Soleimani, Commander of the IRGC Quds Force.  Soleimani could see the vile madness, death, and ruin the specter of Daesh sought to subjugate the world under, and he committed himself to stopping it. Soleimani was inspired by a love for his country and culture, his family and fellow citizens, and the God of his fathers to whom he felt called to arise and fight against evil. Soleimani did so, by learning and exercising the arts of diplomacy, psychological and asymmetric warfare, economic warfare, and traditional kinetic operations against every soldier, supporter, and spy of Daesh. And by God’s help, and through the prayers of the faithful, Soleimani has been victorious.

Tasnim: The 33-day war launched by Israel in 2006, also known as the July War, took place in Lebanon, northern parts of Occupied Palestine and the Golan Heights. How effective do you think General Soleimani has been in strengthening the axis of resistance and confronting the US and Israeli plots in the region?

Bennett: The strategy employed by Soleimani to defeat the Israeli-US plots for war, false-flag attacks, and international propaganda has been a mixture of tactical communications and diplomatic-military effectiveness. Major Soleimani deeply impressed the world and influenced the hearts and minds of neutral and sympathetic nations through creating public statements and policies that demonstrated calm and restraint by accentuating Iran’s moral-religious idealism. This had the effect of neutralizing the hysterical propaganda the West desperately tried to repeatedly tar Iran with, such as the lie of calling Iran “the number one state sponsor of terror.” It was precisely because Soleimani combatted the rape and bloody terrorism of Daesh with a cold-blooded, surgical precision in his special military operations, and demonstrated to the world that Iran was the moral opposite of Daesh in every way, that the world has slowly and irrefutably come to see Iran as not the sponsor of Daesh, but the real solution to stopping Daesh.  Ironically, even US President Donald Trump said, “They (Iran) hate Daesh even more than we do…”  In this, Trump was right…and the world knows it too.

Tasnim: Mobilization of volunteer forces in Syria, Iraq, and Lebanon by the General has played a key role in defeating hegemonic powers and their schemes. What do you think?

Bennett: Soleimani saw early on that the only way to defeat and destroy Daesh was to treat it like a burning fire, and the best way to extinguish a fire is simply to deprive it of oxygen and smother it. As the darkness of Daesh spread around the region, Soleimani raised a light in the sky for all the surrounding people in Iraq, Jordan, Syria, Pakistan, Russia, China and other nations to see, and every person of decency, truth, justice, and love to rally around.  Soleimani embodied the spiritual principle: “let your light so shine before men that they see your good works and glorify your Father in heaven”, and it worked.  People joined the fight against Daesh, and great nations such as Russia, Syria, China, and other nations unified as one spirit of freedom and peace against the dark bloody spirit of the slavery, fear, and misery which Daesh embodied.  Now, thanks to Soleimani’s spirit of righteous courage and the salt and light of his actions and prayers, Daesh is a withering snail, disintegrating into a bubbling puss of memory.  The future belongs to Iran and the people of the world will soon rise up to thank this great nation for its leadership in destroying Daesh—and thereby preserving the world’s freedom, peace, and hope for the future.