Home WarZone Mother of all Battles? Syrian Arab Army (the real one) Moving... 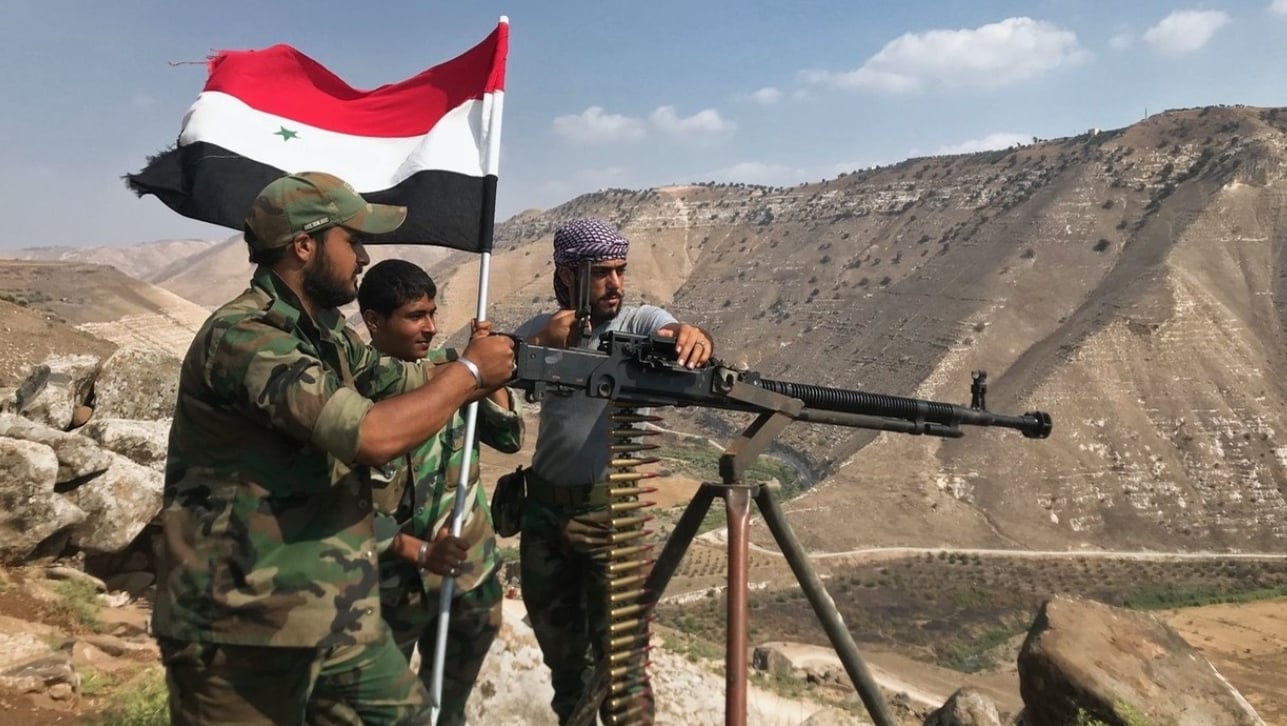 Share
Twitter
Pinterest
WhatsApp
Linkedin
ReddIt
Email
Print
Tumblr
Digg
Russia Today: Tensions are mounting in northern Syria as Damascus started moving its forces to face the Turkish troops that are carrying out an operation against the Kurds in the area, state news agency Sana reports.

The Kurdish-led administration in northern Syria said in a statement that an agreement has been reached with Damascus for the Syrian government troops to be deployed along the border with Turkey. 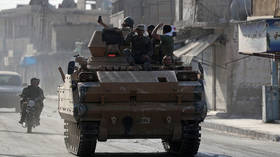 The Syrians will deploy to the strategic Kurdish-held border town of Kobani within 48 hours, Lebanese broadcaster al-Mayadeen reported. RT’s sources in the region also confirmed the reports.

The Syrian army already entered the city of Manbij in the northern province of Aleppo late on Sunday, al-Mayadeen reported. The Kurd militiamen let the government troops pass through their checkpoints unhampered.The distance between Manbij and Kobani is around 60 milometers, a one-hour car drive.

Turkey is going to come under intense pressure now that Syrian troops are heading to the north, believes Joshua Landis, director of the Center for Middle East Studies at the University of Oklahoma.

“The Syrian government is going to try to go across and get the oilfields, the gas fields that are so crucial for Syria’s economic well-being. Also, this is prime agricultural land as the Euphrates River flows down here. The Tabqa Dam that the Americans and the Kurds held, the Syrian government is going to want to take that back as well,” he listed.

Turkish President Recep Tayyip Erdogan and his Syrian counterpart, Bashar Assad, would have to show off their best diplomatic skills to avoid an all-out war between their countries, Landis believes.

Earlier this week, the Turkish military entered northern Syria without consent from Damascus in order to fight the Kurdish militia in the Kobani region, whom Ankara regards as terrorists.

Turkey says the aim of the operation is to create a “safe zone” near its border to prevent the Kurdish fighters from making incursions into the country.

Before the start the Turkish operation, the US called back several dozen of its servicemen, who were embedded with the Kurdish forces. On Saturday, Donald Trump authorized a withdrawal of the remaining 1,000 US troops from Kobani so that they don’t get caught up between the warring sides.

The Kurds, who had been Washington’s main allies in fighting Islamic State (IS, formerly ISIS/ISIL) before, called the US move a betrayal.

TEHRAN (FNA)- The Syrian military is reportedly poised to take over Manbij from Kurdish militants in an attempt to prevent the Northern city’s fall to the Turkish army.

Turkish army forces have begun ground operations in Northeastern Syria, and crossed into the country’s territories on the Eastern bank of the Euphrates River, hours after kicking off a major military operation against Kurdish militias in the war-torn country on Wednesday. Tens of thousands of people have been displaced from the area due to the bombardment, acording to local and international organizations, while tens of civilians killed and wounded in recent days.

A source told Sputnik news agency on Saturday that Syrian government forces will enter Manbij in Aleppo Province under an agreement reached between Russia and Syria on the one side and Russia, the US and the Syrian Democratic Forces (SDF) on the other.

The deal includes the deployment of Syrian army units with heavy and medium weapons in Manbij, where they would raise the national flag over government buildings as well as entrances to the city, he revealed.

The Syrian army build-up in Manbij is meant to prevent the invasion of the city by Turkish forces and their allied militants, who have been attacking Syria’s Northeast over the past few days. Earlier on Saturday, the US reportedly withdrew its last military equipment from Manbij.

Manbij was liberated from the ISIL (ISIS or Daesh) terrorist group in 2016. Since then, it has been controlled by Washington-sponsored SDF, led by the Kurdish People’s Protection Units (YPG).

Damascus has censured Turkish President Recep Tayyip Erdogan’s latest remarks concerning his keenness to protect Syrian people and their rights as far from reality, emphasizing that the Damascus government will respond to Ankara’s offensive into the Northeastern part of the country through all available legal means.

The Turkish military had launched two cross-border incursions in Northern Syria, namely “Euphrates Shield” in August 2016 and “Olive Branch” in January 2018 with the declared aim of eradicating Kurdish militants and ISIL terrorists near Turkey’s borders.

Addressing the 74th session of the United Nations General Assembly at UN headquarters in late September, Syrian Foreign Minister Walid al-Muallem lashed out at Turkey for providing “terrorists with all forms of support, including weapons that are more sophisticated”, stating that Ankara’s action undermines all agreements reached during the Astana talks in Kazakhstan.

“If Turkey is truly committed to the security of its borders and the unity of Syria, as it claims, it must choose whether to respect the Astana understandings and the bilateral agreements on counter-terrorism to secure the borders and to withdraw its forces from Syria, or to be the aggressor and the occupier – and to face the consequences,” he noted.

Muallem stated that Syria is resolved to rid the entire Arab country of foreign-sponsored Takfiri militants.

In a recent interview with Al-Mayadeen television news network, the top Syrian diplomat said “every inch” of the Syrian territory will be liberated from terrorists very soon.

Sputnik News: Ankara is pressing forward with its military operation in northern Syria despite harsh criticism from the EU, the United States and the Arab League, who are considering possible sanctions and diplomatic measures against the country.

The Turkish military and local fighters supported by Ankara continue to move ahead with “Operation Peace Spring” in Syria, aimed against the Daesh* terrorist group and the US-backed Syrian Democratic Forces (SDF). A day earlier saw battles in the border city of Ras al-Ayn, as both Turkey and the SDF claimed they had gained control over its centre. According to Ankara, its forces have neutralised 415 militants since the start of the op.

The ground offensive was announced earlier this week by President Recep Tayyip Erdogan, who vowed to continue it despite major pushback from the EU, the US, and Arab States.

According to his Foreign Minister Mevlüt Çavuşoğlu, the op was launched under Article 51 of the UN Charter and UN Security Council Resolutions regarding the fight against terrorism because Turkey considers the Kurdish troops to be affiliated with Kurdistan Workers’ Party (PKK) that Ankara has blacklisted as a terror organisation.

Damascus, however, stressed that the operation is another violation of Syria’s sovereignty. The Arab League also opposed Ankara on the issue and is considering halting military cooperation and lowering of diplomatic ties with Turkey. At the same time, France and Germany have already halted arms exports to Ankara, urging the Middle Eastern country to stop the offensive.

Video: Dozens Rally in DC Calling for Recognition of Kurdish-Led Forces in Syria as Terrorists

Dozens of people on Sunday gathered in the vicinity of the White House in Washington DC to protest the Trump administration’s stance on the ongoing Turkish military offensive in northern Syria.