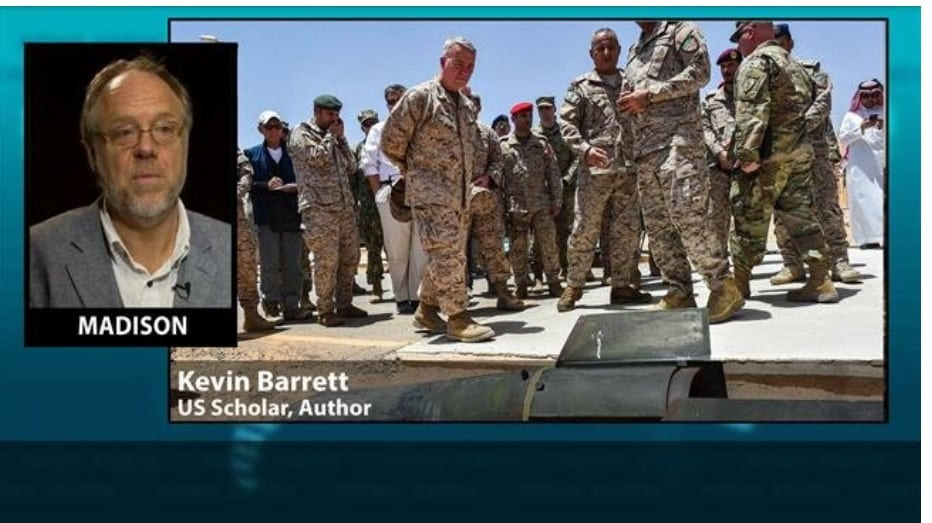 The United States is “taking advantage” of Saudi Arabia’s weak military capability by selling Riyadh more Patriot missiles that “do not work,” says a political analyst.

Kevin Barrett, an American author and scholar, made the remarks in an interview with Press TV on Saturday when asked about the US’ plan to send additional forces and equipment to Saudi Arabia.

On Friday, the Pentagon announced the deployment of a large number of additional troops as well as equipment to Saudi Arabia, which include two fighter squadrons, two Patriot batteries, and a Terminal High Altitude Area Defense System (THAAD).

The move officials say will help the kingdom protect itself against the kind of attacks that last month destroyed its oil facilities.

Pentagon spokesman Jonathan Hoffman said in a statement US Secretary of Defense Mark Esper had authorized the deployment, noting, “Taken together with other deployments, this constitutes an additional 3,000 forces that have been extended or authorized within the last month.”

Saudi Arabia has “very very weak military capability” and “the US is taking advantage of the situation to try to make more money out of the Saudi incapability by selling them some more Patriot missiles that do not work,” Barret said.

However, he said, “this lame attempt to shore up Saudi Arabia’s useless military will have no effect,” noting President Donald “Trump is bogged down in impeachment problems here in the United States, he does not have time to get involved with significantly intervening in this Saudi war on Yemen.”

“The Saudis would be much better off rather than wasting more money throwing good money after bad at the US military industrial complex.”

The four Sentinel radar systems and the Patriot battery are supposed to secure northern Saudi Arabia. Currently, most of the Riyadh regime’s air defenses are closer to the southern border with Yemen, according an earlier report by Reuters.

Yemen’s Houthi Ansarullah movement has been launching missile and drone attacks against targets deep inside Saudi Arabia over the past months in retaliation for the kingdom’s years-long aggression.

The attacks reached their peak on September 14, when the Houthis said they had sent 10 drones to pound major oil facilities of the Saudi state company Aramco in Khurais and Abqaiq.

The US military is preparing a response to the recent Yemeni drone attacks on Saudi Arabia’s oil facilities, Defense Secretary Mark Esper has said.

The drone attack took out the facilities and cut Saudi Arabia’s oil output by more than half, or around 5.7 million barrels a day.

American officials have admitted that Saudi Arabia’s mostly US-made defenses failed to intercept any of the drones, or as they claim, cruise missiles that carried out the precision attacks even though they flew hundreds of kilometers over Saudi territories.