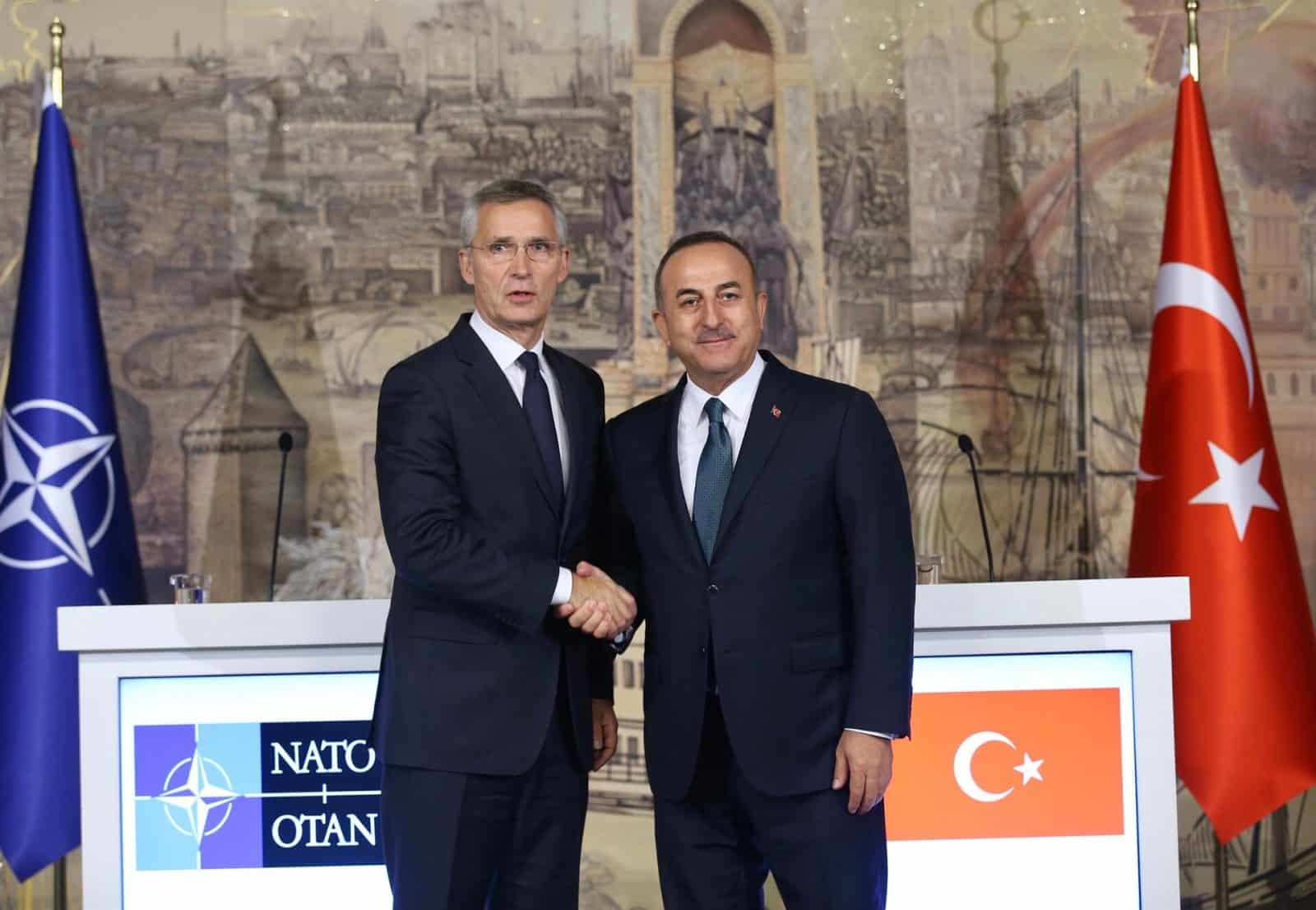 ‘Are you with us or with terrorists?’ Erdogan lashes out at NATO allies for failure to back Turkey’s Syria op

[ Editor’s Note: Erdogan is doing his usual song and dance, but he forgets that we have all watched his use of proxy terrorist forces inside Syria for years, while he intones that as a member of the Astana group he fully supports Syria’s national sovereignty.

As Gordon published last week, VT was shown the Syrian archive files of Turkey’s looting of Aleppo, factories cleaned out of their product inventories and with their machinery ripped from its foundations and shipped back to Turkey.

The Kurds are no angels, as they assisted ISIS in moving their huge tanker columns of stolen Syrian oil through Iraq up to Turkey’s back door for a discounted-sale transaction. So Mr. Erdogan cries crocodile tears.

Mass media never covered any of the above, but at least it is covering the large number of countries aligned against the Turkish incursion. When is the last time Turkey has done anything real for a coalition it is in?

Here is the blooper Erdogan made this morning over his fake Kurdish terror war claims.

“We are members of NATO, and the charter of the bloc has Article 5 (urging the response of all members of the alliance when one of them is under attack). We are under the threat of a terrorist organisation. And in accordance with Article 5, NATO should be with us.

Notice he used the term ‘under the threat of” not being attacked, as he has always been indicating but never saying it in plain English because he has never offered any proof, like Syrian Kurd perpetrators caught in the act inside Turkey. Erdogan is talking about a separate Kurdish group on the Iraq border.

But because Erdogan has used proxy terrorism in his foreign policy against Syria in a number of way, he has put Turkey on the firing line for getting some payback, which is legal under the 4th Geneva conditions as in, “Do unto others as they do unto you.”

Erdogan has been an embarrassment to both Iran and Russia in the Astana group, using the leverage he has via buying Iranian oil and getting Russian arms and the gas pipeline, while being a rogue member of their group. Welcome to cut-throat geopolitics… Jim W. Dean ]

Turkey’s President Recep Erdogan is enraged that NATO members are not supporting Ankara’s incursion into neighboring Syria, to target local Kurdish militias, arguing that in doing so they are siding with terrorists.
–

Ankara has been subjected to diplomatic and economic pressure by fellow NATO members, including Germany, France, and the UK, following its decision to launch a military operation in northeastern Syria last week. An arms sales embargo and other measures are on the table over what Turkey touts as a legitimate counterterrorist campaign.

Erdogan on Monday criticized a lack of support from nations that are supposed to be allies under NATO. “According to Article 5 of the NATO treaty, which side should they take? They need to stand by us,” he told reporters, referring to the cornerstone of the agreement that says a military attack on one member is an attack on all of them.

Erdogan said some people in Turkey thought the mistreatment was due to the fact that their nation is the only Muslim-majority NATO ally. He chose to believe that European leaders were simply misinformed about what Ankara was doing, the president said. “I’ve seen that they, unfortunately, do not know many of the facts and are under the pressure of very serious disinformation,” he said.

Turkey’s Operation Spring of Peace targets Syrian Kurdish militias, which in Ankara’s eyes are nothing but an extension of its domestic Kurdish guerrillas. Supporters of the Kurds say they played a key part in defeating jihadist forces in the northeastern part of the country, with the US providing air and artillery support.