Note: When I originally posted this article this afternoon it featured the whole video which was posted on You Tube. Within 20 minutes of the time it went up on VT, Google was ordered to remove it. Fortunately, we were able to find the French video. Unfortunately, it has been greatly sanitized from its original state. The video was much more graphic than what the French show.

Apparently we hit a nerve as Google is not usually this quick to act. I guess we are doing something right.  M.C.

Introduction by The Senior Editor

We try to give him a chance over and over but no matter what we choose to overlook, the video depicted here, approved by Trump personally, is, in itself, an act of domestic terrorism.

At a campaign event at a Trump property in the Miami area last week a video was shown which was allegedly a spoof of Donald disposing of people who he disagrees with. The video was screened at a three-day event held last week by a pro-Trump group called American Priority for the president’s supporters at the Trump National Doral in Miami.

Though he probably did not directly make the video (He is not nearly smart enough to do this type of video editing) someone high up in his campaign had to approve of its showing at the event. In the video which is taken from an action movie with Trump’s face superimposed on the shooter’s body, Trump is seen killing reporters from several news outlets as well as Bernie Sanders, Hillary Clinton, Barack Obama, John McCain, Mitt Romney, Maxine Waters, Adam Schiff, and several other prominent members of the Senate and House of Representatives. 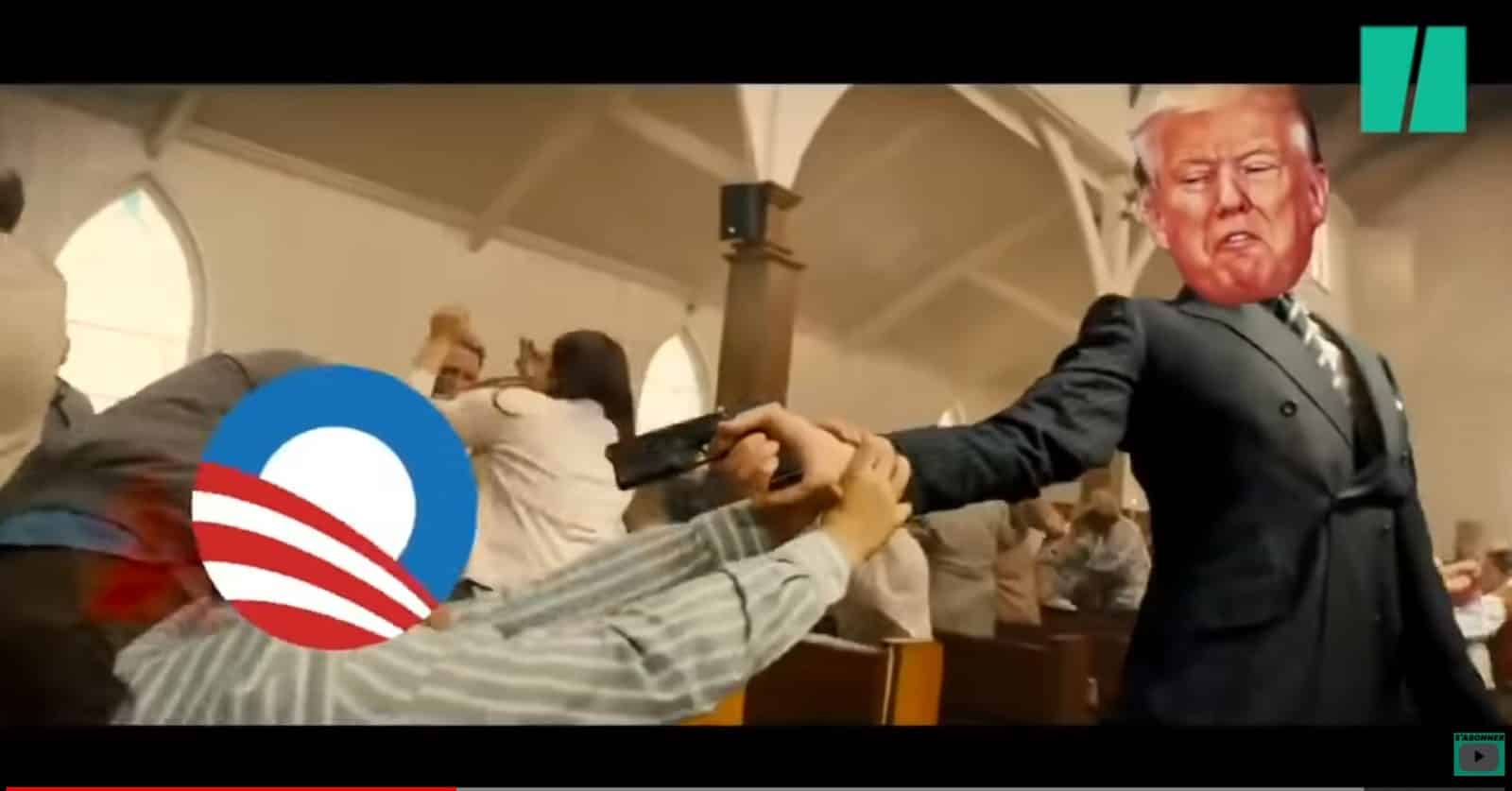 Though Trump has not personally denied knowing of this video, a spokesperson for the White House has condemned it.

The video was shown to potential contributors to the Trump re-election campaign as well as Republican Party officials. The crowd included the current Governor of Florida as well as other Republican bigwigs. Among the scheduled speakers at the event were the president’s eldest son, Donald Trump Jr., and his former spokeswoman, Sarah Sanders.

Supporters claim that this was just a joke and those who object are “snowflakes.”

If the video in question featured anyone other than the President as the shooter, Federal law enforcement would view this as a threat upon sitting members of the US Government and those involved could face prosecution.

When Kathy Griffin was shown holding up a Trump Halloween mask which allegedly resembled his severed head, she was investigated by and was interrogated several times by the Secret Service for making a threat on the President’s life. She was also placed on the terrorist watch list and the no-fly list for a period of time.

With all of the hate now being exhibited and so many crazy and obsessed people in this country and around the world, even joking about killing people is very dangerous as certain people would see this as a suggestion rather than a joke. Sensible people on the Right and the Left are condemning this type of inflaming of hatred.

It used to be possible for those of varying opinions to disagree on beliefs while remaining respectful of each other. Now it seems that those who don’t agree 100% with your opinion are fools and need to be hated.

Watch it soon before You Tube removes it.