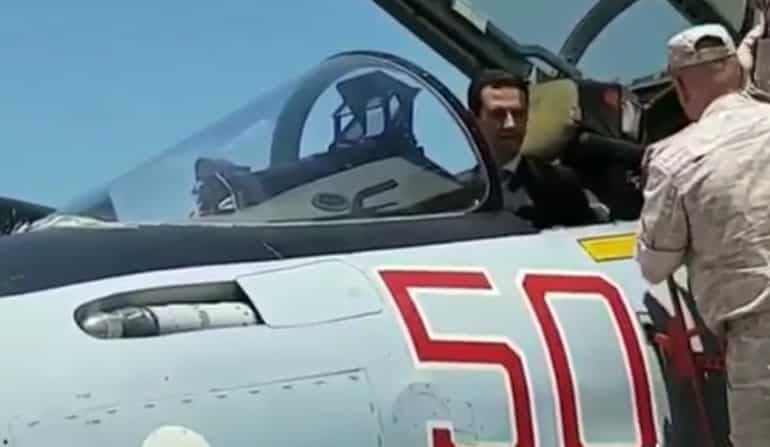 Already 41 Kurdish, Christians and Arabs civilians killed
from the criminal xenophobia of the Islamic dictator

If Vladimir Putin really had foreseen everything, he is truly a genius in the art of war. He is an exceptional military strategist before being a great statesman. Knowing well the determination of Recep Tayyib Erdogan to make war on the Kurds of the Syrian Democratic Forces (SDF), used by the US to fight the Islamic State and then abandoned with cowardly betrayal and futile excuses by the American president Donald Trump, he did not put himself sideways .

The Russian president has let the Islamic dictator of Turkey, supported by the Sunni-Salafist Muslim Brotherhood of radical confession, carry out his bloody military actions (the last budget is 41 dead and 165 only seriously injured among civilians, without considering those that Turkey defines “neutralized terrorists”).

Then he intervened diplomatically. The agreement facilitated by Russia between the government of the Arab Republic of Syria and the SDF militia led by the YPG, a true soul of the Autonomous Administration of Rojava, was unthinkable until a few months ago when the Kurds felt strongly protected by Washington and therefore from the greatest military power in the world.

It became reality in just a few hours precisely as a result of Erdogan’s murderous madness. And now all the population of the nation battered by 8 years of civil war, the Kurds, the Christians, the Sunni and Shiite Arabs of the peripheral tribal councils welcome the Syrian Arab army with enthusiasm, joy and emotion.

It happened yesterday in An Issa (near the prison camp from which 859 Foreing Fighers Isis fled after a Turkish bombardment), and al-Tabqa, near Raqqa, and in the villages surrounding Manbij: one of the cities where you are playing the first major clash between the Syrian army and the Turkish army: but the fate of this war in many ways in Putin’s hands (the military diary of the day here).

Moscow has not tried to politically stop the Ankara operation called with sinister sarcasm “Peace Spring” knowing that it would have had little chance of success exactly as the European Union, which for years ignores the bestial violence perpetrated by pro-Turkish jihadists in the areas of border, become systematic and daily in Afrin with the operation Olive Branch launched in 2018, and now it clatters like an old bitch abused by her usual client …

THE CRIMINAL XENOPHOBIA OF THE ISLAMIC DICTATOR

Putin also knew that to dissuade from his plans Ankara would have had to compromise on the stragica province of Idlib, still occupied from the jihadists of Al Nusra armed from the Turks, a perennial threat for the near base of the Russian aerospace fleet of Khmeimim, fundamental to protect the base of the Russian Navy of Tartus thanks to which Moscow has a direct outlet on the Mediterranean.

But the Kremlin statesman also knew that this would not be enough to quell the genocidal xenophobia of Erdogan against Kurdish atavistic enemies against whom continued social infamous persecutions in the total indifference of the goodists of Brussels who imposed the prohibition also the European journalists to use the “illegal” word to define migrants even when they are exponents of the Nigerian Mafia or ISIS.

Suffice it to recall that PKK party leader Abdullah Ocalan is serving a life sentence in Turkish prisons as his organization has been called terrorist. His niece Dilek Öcalan is a candidate with the Democratic People’s Party (HDP) in the 2015 general election and was elected as a Member of the Turkish Parliament. In 2018, however, she was arrested and sentenced to two years and six months by the public government for speaking at a funeral. The accusation is of incitement to insurrection and terrorism.

For a long time the socialist parliamentarians of the HDP (today 67 out of 600 members of the Ankara assembly) are fighting to obtain from Turkey the revision of the Constitution which banned the Kurdish language and ethnicity since the birth of the Republic in 1922.

In a nutshell it was explained why Putin could not have stopped Ankara that for decades has sown hatred in Syria through an intense intelligence work by MIT (Millî İstihbarat Teşkilatı) the secret servants of Ankara, in collaboration with the CIA regime-change scheme of the 1983 and with the Israeli friends of the Mossad who plot in the shadow of every turmoil in the Middle East, as evidenced in the latest reports of Gospa News. Letting Turkey act. By letting the infamous jihadists of groups close to Al Qaeda and Isis make massacres of Kurds and Christians, Moscow has given Syria back the vague sense of national unity.

The martyrdom of the young Kurdish politician Hevrin Khalaf, human rights activist of the Future Syria Party shot by Islamic terrorists, and of the small Christian Sara of only 10 years, killed in Qashimli by the rockets of the Turkish Army, were two sacrifices in the midst of so many others that have shaken the soul of the nation even before that of Europe and the whole world.

Now the victory of Assad’s soldiers against those of Erdogan is all in Putin’s hands. Turkey has means far more powerful than those of the Syrian army, weakened by years of war against the Islamic State. Just look at the images of the brigade that arrived in Taqba for now only with Toyota pik-ups armed with machine guns. 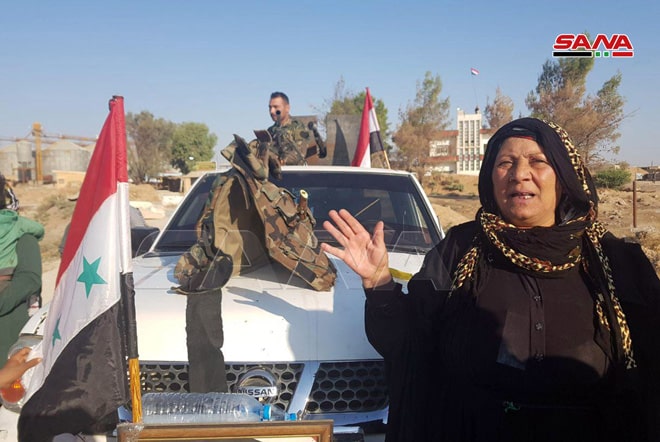 While the troops of Ankara are advancing in the countryside of Hasaka and Kobane with tanks and armored vehicles. Alongside the Turks, however, there are only the poorly armed and ill-trained jihadists, only their ferocity against the weak. While alongside the military in Damascus there are the Syrian Democratic Forces, trained by the US and already victorious against the ISIS in Raqqa and Bagouz.

Ankara can however also count on a powerful and modern aviation, thanks to the squadron of F-16 that in a land clash can represent a huge advantage. Precisely for this reason, as is clearly shown by a report by the Rojava Information Center (see military diary), SDF officials are demanding that the US completely leave air control in the hands of Russia.

That’s why the outcome of this war is all in the hands of Putin: it depends on whether or not he decides to use his powerful combat aircraft positioned on the Syrian base at Khmeimim where there are 30 fighters of the various Su-35S models, Su- 34, Su-24 and Mi-35 and Mi-8AMTSh helicopters.

To this fleet of the Aerospace Army must be added the Sukhoi 57E Stealth, or invisible to radars, the latest generation of fighter-bombers that made their first demonstrative operational action in February 2018 at the military airport near Latakia.

Against these futuristic jets, only the F-35s of Lockeed Martin could compete, of which Erdogan has suspended the purchase following tensions with Trump who wanted to prevent Ankara from buying Russian-made anti-aircraft S-400 defense systems. In light of today’s events it almost seems like there was an underground Kremlin strategy also in the management of this military business …

THE ERDOGAN’S BLACKMAIL TO EUROPE

The Islamic extremist dictator continues to repeat that he will go all the way to conquer his 32 km-deep security strip in Rojava and 460 km long for a 13,800 sq km larger throne area that Russia is not a problem. In the next few hours we will understand if his is a wish, a warning or a certainty. And the 130 Italian soldiers who are dangerously positioned on the Syrian North-East front will understand it for the NATO Active Fence mission in defense of Turkish airspace!

From Washington, President Trump threatens heavy sanctions against Turkey for the massacre that was started thanks to the withdrawal of the US Marines from the northern Syrian borders and from Kobane (yesterday) but not from the oil-rich areas of the Euphrates valley. Therefore it is not known if, how and when the financial blocks of the USA will arrive.

At the moment there is only one certainty: neither the European Union, in political turmoil in any order, on an embargo on the sale of arms to Turkey that is useless in the immediate, nor can NATO surrender to Erdogan’s threat to release 3 million of Syrian refugees refugees in his country if he is not allowed to complete the Peace Spring operation.

No institution worthy of the name can indeed accept that Ankara uses the management of migrants as a bargaining chip in order to carry out a Kurdish genocide. If they did so, they would allow the new Stalin to legitimize its tyrannical policy throughout the Old Continent, which is already increasingly poor in values. They would allow a fundamentalist Islamic dictator to act as a Nazi-communist by depriving of all meaning the whole history of the Italian and European Resistance against the SS of the Third Reich.