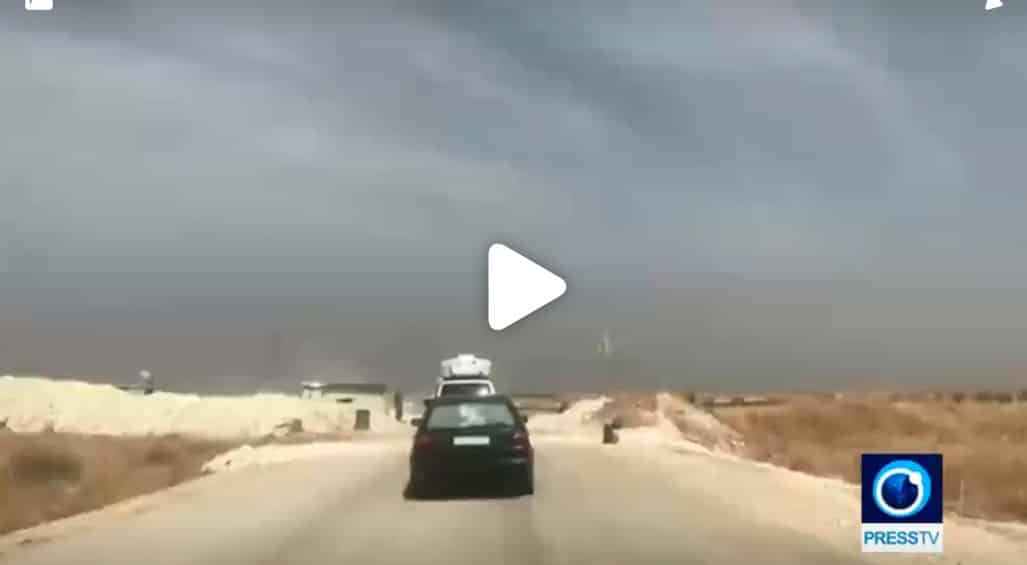 Syrian army troops have established full control over Manbij, a city in the northern province of Aleppo, and its nearby settlements, amid Turkey’s cross-border invasion in northeastern Syria and an abrupt US retreat of its forces from the city.

Syria’s official news agency SANA reported on Tuesday that Syrian Arab Army units completed their deployment in Manbij and its surroundings, where they were welcomed by the locals.

It added that residents of the northeastern city gathered in the city center, carrying Syrian flags and cheering for the army forces, which arrived to defend the city and its people from the Turkish military invasion.

The Russian Ministry of Defense, as cited by the Tass news agency, also confirmed that Manbij and an area of more than 1,000 square kilometers around it were now under the full control of Syrian soldiers.

“The Syrian government army has established full control over the city of Manbij and nearby inhabited communities,” it said.

It added that the government troops had taken control of the Tabqa military airfield, two hydroelectric power plants, and a number of bridges across the Euphrates River.

Manbij is located some 85 kilometers east of Aleppo, the capital city of the eponymous province. Back in August 2016, the city was liberated from the Daesh terrorist group, which had turned the city into one of its major outposts in the Arab country.

On Sunday, Damascus said that it had deployed troops to northern Syria to counter the Turkish army.

Defying international calls to stop military action in Syria, Turkey keeps up the offensive, as Syrian forces take up positions in the country’s northern belt following a deal with Kurds.

On October 9, Turkish military forces and the Turkish-backed militants launched a cross-border invasion of northeast Syria in a declared attempt to push Kurdish militants from the so-called People’s Protection Units (YPG) away from border areas.

Ankara views the US-backed YPG as a terrorist organization tied to the homegrown Kurdistan Workers’ Party (PKK) militant group, which has been involved in armed separatism in Turkey since 1984.

Turkey plans to create a 32-kilometer “safe zone” in northeast Syria, clear it from the presence of Kurdish militants, and relocate one million Syrian refugees there.

PressTV-Turkey will march on no matter what anyone says: Erdogan

The Turkish president will not order an end to Syria operation until “ultimate victory.”

The Syrian government has condemned the act of aggression.

Earlier on Tuesday, the US military said that it had withdrawn all of its forces from Manbij.

“Coalition forces are executing a deliberate withdrawal from northeast Syria. We are out of Manbij,” wrote Col. Myles B. Caggins III, a US military spokesman, on Twitter.

A day earlier, Syrian Kurds had announced that they had reached an agreement with Damascus aimed at blunting the Turkish cross-border offensive into Kurdish-held territory in northern Syria.