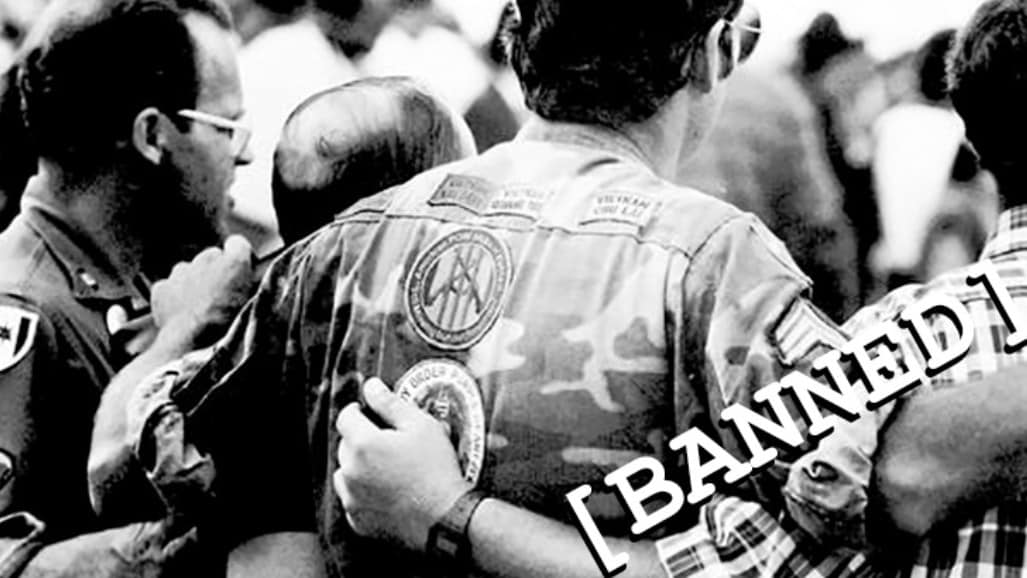 BC stands for NEO’s Banned Classic. This article was originally published by our journal on 11.06.16 For some reason, this article is missing from Google search results. Since this article remains pretty relevant to those geopolitical events that are taking place on the geopolitical stage today, we deem it possible to present it to our readers once again. Should it go missing again, you may be confident that you will see it republished by NEO once more, should it still remain relevant by that time.

Nearly half a century ago I demonstrated to stop the Vietnam War. At the time I was attending Michigan State University in East Lansing, Michigan. On every public occasion, and they have so many in America, holidays of every kind, we would get together, meet in a small park near the state capitol building. By “we” I mean Vietnam veterans, not all of us but most, literally hundreds of us, often bearded with shaggy hair but others who “went along with the program” but to millions of Americans and maybe even hundreds of thousands of veterans, that “program” didn’t include backing America’s war against the people of Vietnam.

We marched as a group, wearing the shirts from our “utility” uniforms with ribbon bars attached. The majority, me included, wore combat decorations. We marched side by side with veterans from World War II and Korea, took our place in parades with brass bands and floats. This time is forgotten, the idea that war veterans could stand against wrongdoing, the idea that “warriors” as they now call them, have a moral duty to those who died, and, perhaps much more important, a moral duty to those we killed as well.

You see, we who served all knew the Vietnam War was evil, totally wrong and that the government of South Vietnam was utterly corrupt and hated by the Vietnamese people. After all, we were there, it was obvious, any idiot could see it. But then, where are those “idiots” now?

Since then America has invaded Panama and Grenada, if you could imagine anything as stupid, and fought several losing wars in the Middle East. It is now considered “passé” to bomb anyone, anytime for any reason, for no reason, to attack any nation and no one says anything, there are no veterans “hitting the streets,” no cities brought to a halt, no president forced into hiding the way Nixon was.

More than that, being against war, openly discussing the childish pretexts America used to get into conflict after conflict, questioning the propaganda, the lies, the false flag scenarios like “Tonkin Gulf” were mainstream politics. There was an idea that doing right, as hard as that might be, recognizing how powerful the imbedded forces inside America were that loved so very much to do wrong, to profit from war and suffering, to exploit the poor of the world or to wage useless conflicts for profit, Americans knew about this, recognized it, at least the educated, and this was considered a political issue.

The Kennedy’s talked about it, maybe even two were murdered because of speaking up against war or, as is much more likely, speaking up and acting against “the elites” that build the American military machine for one purpose, to cleanse planet Earth of those who oppose “the elites.”

Is it that simple, is it a “right or wrong” issue? How did America become a sick place?

Americans have no idea. Propaganda and hate has been stomped into the American soul for so long now, the vast majority of Americans, certainly none that have remained in the military and intelligence services, have a rudimentary knowledge of right and wrong. They don’t care, never ask questions, always take the easy way out, sell out for a paycheck or, at higher levels, a chance at “hind teat.”

We can lay out the history, find groups to blame, point fingers, even suggest solutions but it is clearly time America admitted one thing, to the majority of people in the world, America is the “Evil Empire,” the “bad guy,” to be feared, even hated. Yes, people from around the world want to come to America but there is a new reason.

Despite the horrific damage done to America by the elites who have bought government, the total surveillance state with militarized police and rigged elections, America has done far worse to other nations, leaving them stripped bare. Do we need a list?

There is little question America has destroyed Syria, Ukraine, Libya, Iraq, Afghanistan, Pakistan. These nations have been stripped bare, the death toll may be questioned, whether hundreds of thousands or millions, but the blame is purely American. America, or the elites, and calling criminals “elites” is a painful habit, have inherited the mantle of the mercantilists of the 18th century.

It goes further than the bombed out counties, a list that grows each year. Even Europe at the verge of collapse is only a small part of it as is the Far East, waiting for a meaningless war to be staged there as well.

The human spirit, the will to resist, is being crushed around the world. There is no shortage of conflicts, but as even the most simplistic research will quickly yield, the “elites” quickly hijack every movement, every citizens revolt, using social media, paid actors, seeding black propaganda, turning anything positive, anything good or clean into “more of the same,” two-bit color revolutions and “aggressive war on the cheap” fought by deluded fools and $300 a month mercenaries.

Read Dickens, it’s in there. Colonial wars were, at least in the 19th century, considered a normal outlet for dealing with Europe’s “overpopulation.” You either sent “surplus population” overseas, exiled them to places like Australia or other penal colonies, or killed them off in wars, marching tens of thousands a day into waiting machineguns as was done at the Somme in 1915.

The Britain we see today was made at the Somme and fields like it, where an unwanted generation was purposefully butchered. You see, Britain had no need for “the best and brightest,” the “elites” who profit from slavery, human and narcotics trafficking, from controlling mineral wealth or staging theatrical wars knew that generations of “the capable” would be a threat. War after war kept the British people slavish and subservient, produced leaders like Blair and Cameron.

Even Germany is no longer Germany. Would Hitler have changed all of that, was there some secret purpose, perhaps not so secret, in warring against exactly what we are talking about. But, then again, having this discussion about Hitler or the Kaiser or what the World Wars were really about is actually illegal and if not “illegal” is certainly not something to be discussed.

Try discussing the Soviet Union. This is no longer 1991. Today’s world, with the Soviet Union gone, is far worse than it had been with them around. Could a case be made for Soviet Russia and Communism as a bulwark against “the elites,” all that stood then against slavery for mankind and the armies of bankers, just as Marx and Lenin had warned?

Frankly, we can’t even discuss these things, not and hope to be heard, we can’t teach them in schools, best not publish them in books, certainly we can’t bring this into the political arena.

What about those who pick up that mantle, who “stand against?” Were one to look for lists of “monsters and tyrants” chances are such a list would be populated by those the veterans who marched with me in 1970 and until the Vietnam War ended, might well have been on another list, one quite different in nature.

As unpleasant as such things have become, we will take a moment to look at the “Obama question.” This is a man that, while in the Senate, stood against the war in Iraq. This is a man outspoken against torture, against rendition, a man with a liberal domestic policy, who closed many doors on “the elites” who had bankrupted America under Bush.

Yet Obama never challenged “Homeland Security,” the monstrous dehumanizing bureaucracy that undermined all constitutional limitations on centralized power, a challenge to Federalism that no one spoke against, not “strict constructionists,” not “conservatives” nor any, not one, on the Supreme Court.

Drone killings have gone on, and if anything gotten worse. America still pours cash into Israel, and Israel still wars on the world.

Nothing has been investigated, least of all the childish pretext of “9/11,” now more “sick joke” than national tragedy. In light of the disclosure of the decades long secret partnership between Israel and Saudi Arabia, no informed person can question what really happened then nor can they doubt why.

Though Obama pushed through the Iran settlement, he is still leading NATO to war against Russia, he allowed the monstrous coup, or better termed “soft invasion” of Ukraine and still pushes an insane war against the people of Yemen.

Since the Vietnam War and the widespread civil revolt that brought down a president and ended a war, there has been but a short-lived “anti-Wall Street” movement, quickly brought down by the state and dwindling protests against the daily police murders of people of color.

Past that, all civil demonstrations in America either support war, call for more oppression or are orchestrated by “elites” and stacked with FBI informants and agent provocateurs.

Everyone else is either complacent, bought off or afraid.