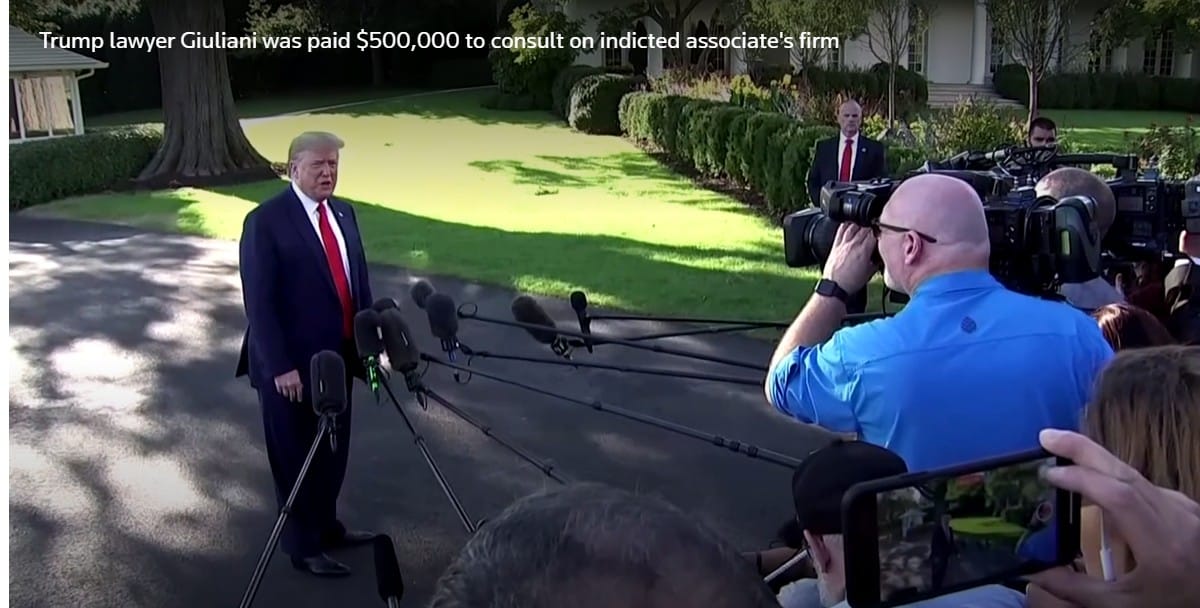 The businessman, Lev Parnas, is a close associate of Giuliani and was involved in his effort to investigate Trump’s political rival, former Vice President Joe Biden, who is a leading contender for the 2020 Democratic Party nomination.

Federal prosecutors are “examining Giuliani’s interactions” with Parnas and another Giuliani associate, Igor Fruman, who was also indicted on campaign finance charges, a law enforcement source told Reuters on Sunday.

The New York Times reported last week that Parnas had told associates he paid Giuliani hundreds of thousands of dollars for what Giuliani said was business and legal advice. Giuliani said for the first time on Monday that the total amount was $500,000.

Giuliani told Reuters the money came in two payments made within weeks of each other. He said he could not recall the dates of the payments. He said most of the work he did for Fraud Guarantee was completed in 2018 but that he had been doing follow-up for over a year.