[ Editor’s Note: The battle for North Syria is entering this diplomatic stage with Vice President Pence on they way to visit Erdogan and the later heading to see Putin in Moscow after that.

We anticipate the fighting toning down as everyone waits to see what comes of these high level talks will bring. The Turks have already accepted that where the Syrian Army has deployed that it will be the defacto policeman over the YPG Kurds and responsible for their conduct. Putin is emerging as the man in the center for cleaning up the current mess.

This was a major concession where Turkey recognized Syrian authority over areas it controls. So the Kurds are boxed in now on their hopes of trying to secure an independent state under the military firepower of the US with its withdrawal.

So what could motivate the Kurds to give up the ghost of independence? All I can see is their being tired of war and wanting to get back to normal living and working and having basic security.

But the elephant in the living room is that mass media is still letting NATO and the US-Gulf coalition get away with its record of having sponsored and supported the use of proxy terrorists to advance their geopolitical goals.

Any kind of “agreement” that does not squarely admit this and what changes will be made to stop it will just mean that we will be getting a pause in the terror violence until it can be cranked up again behind a new smokescreen.

The dirty laundry of all those involved in supporting the Jihadi express must be laid bare during the process while we have world attention on it.

As we have seen so many time in the past, “new” tragedies will emerge to distract public attention, like my suspecting that these new huge fires in Lebanon and Syria are the new mass terror weapon, yet I am the only one mentioning it so far. Why is no one asking why this is happening now all of a sudden? What’s up wid dat?

And as a final footnote, I was surprise to see in some of the recent coverage on the US basing structure inside Syria, that then term “permanent” structures was used multiple times is discussing the difficulties of dismantling them.

It begs the question why would the US be investing in “permanent” base construction if not to be used in defending what it had carved out of the Balkanization of the Syrian Repbublic? … Jim W. Dean ] 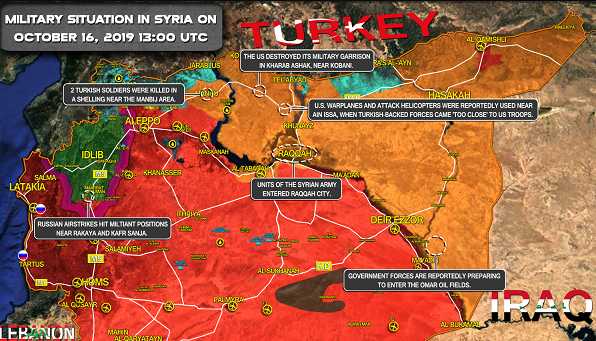