The troops pulled out of the base, located southwest of the northern city of Manbij, overnight and into Tuesday. The retreat follows the decision by the US President Donald Trump to withdraw American personnel in the face of the Turkish operation against Kurdish-led militias.

READ MORE: One out, another one in: Retreating US military meets advancing Syrian Army (VIDEO)

Just as the US troops withdrew, the Syrian Arab Army rushed to fill in the void they’d left. War correspondents followed, catching a rare insight into the secretive fortified compounds.

The RT Arabic crew was among the first to get into the base, hidden inside thick gabion wall. Footage from the scene shows all its structures had been left in place, including personnel tents and huts. (in Arabic)

The troops have, apparently, been leaving in a rush – furniture, personal belongings and even an unfinished supper can be seen left behind. More sensitive equipment, however, appears to have been dismantled.

No one was left to guard the base except for an apparently abandoned puppy, that was clearly delighted to see people.

Other journalists also took the opportunity to inspect the US military facility. Russian war correspondent Oleg Blokhin posted a few videos from the scene online.

Russians have been taking a look at a former US military base in Syria, which the Americans abandoned in haste this weekend. “Yesterday they were here & today we are here,” this man says. “Let’s see how they lived.” https://twitter.com/Kyruer/status/1184018510835568641 …

#Syria #EasternEuphrates#Russia|n PMC inside the #US base in #Manbij abandoned this morning. 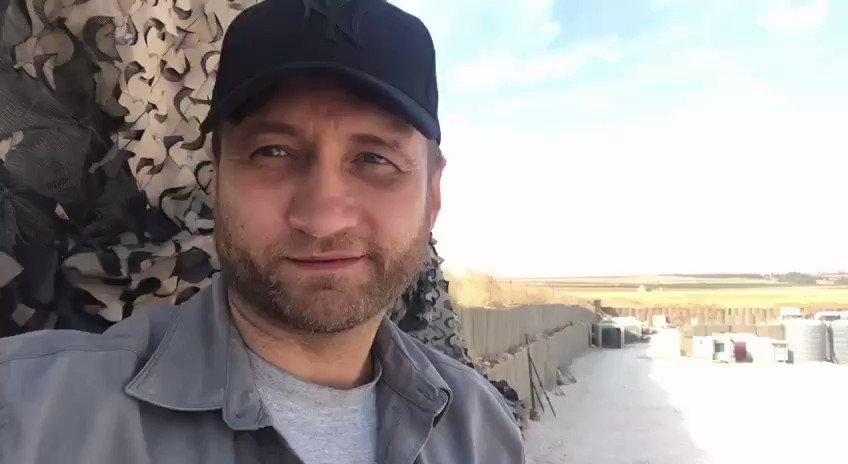 He even played around with an anti-SVBIED (Suicide Vehicle-Borne Improvised Explosive Device) barrier at the base’s entrance. The mechanism turned out to be fully operational, as the retreating troops apparently did not have enough time to dismantle or destroy it.

#Syria #EasternEuphrates
Another footage of this #Russia|n PMC inside the #US base in #Manbij abandoned this morning. 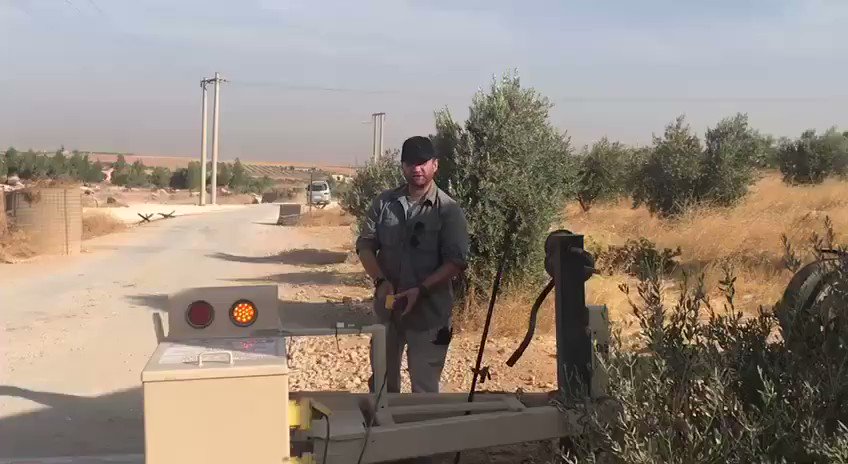