[ Editor’s Note: The deal is done, sort of. What we have is an agreement on proceeding by the EU’s Junker and Boris Johnson. Parliament will have a rare Saturday session to vote up or down.

Corbyn is against it, wanting a new referendum vote. Is he doing this for the British people or solely to deny Bojo a victory here? The North Ireland folks will not be happy over the border customs issue, so it is not clear if a Tory government will have the votes.

If not, Johnson can ask for an extension until January 31, 2020. We are still in “maybe land”, with lots of political fighting to go… Jim W. Dean ] 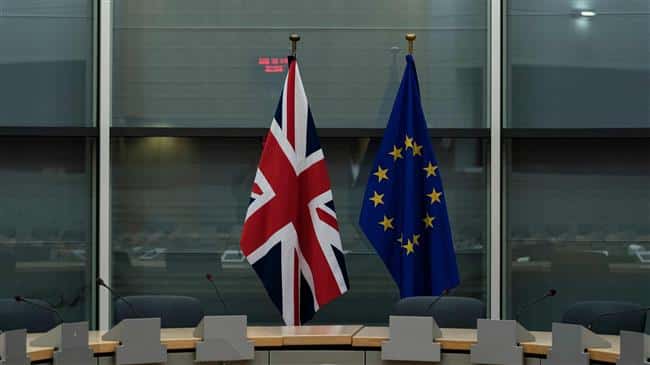 Britain and the European Union (EU) have agreed on a long-awaited Brexit deal just a few hours before a meeting of the bloc’s leaders in Brussels.

European Commission President Jean-Claude Juncker made the announcement in a statement on Thursday, saying that the deal on Britain’s withdrawal from the EU was a “fair and balanced agreement.”

Juncker said he would recommend that the leaders of the other 27 member states approve the deal, adding it was “high time” to complete the divorce process and move on as swiftly as possible to negotiations of the EU’s future partnership with Britain.

British Prime Minister Boris Johnson also confirmed that the two sides had agreed on a “great” new Brexit deal, which would still need the approval of both the UK and European parliaments.

“We’ve got a great new deal that takes back control,” Johnson said in a tweet. “Now parliament should get Brexit done on Saturday so we can move on to other priorities like the cost of living, the NHS, violent crime and our environment.”

British lawmakers are set to vote on the agreement during a special sitting of the House of Commons on Saturday.

London and Brussels have been racing to renegotiate the Withdrawal Agreement before the October 31-deadline.

If Johnson fails to win parliamentary support for the deal by Saturday, he must write to the EU and ask for a Brexit extension until January 31, 2020.

The British premier has formerly promised to take Britain out of the EU by October 31, even if no Brexit deal is reached with the EU.