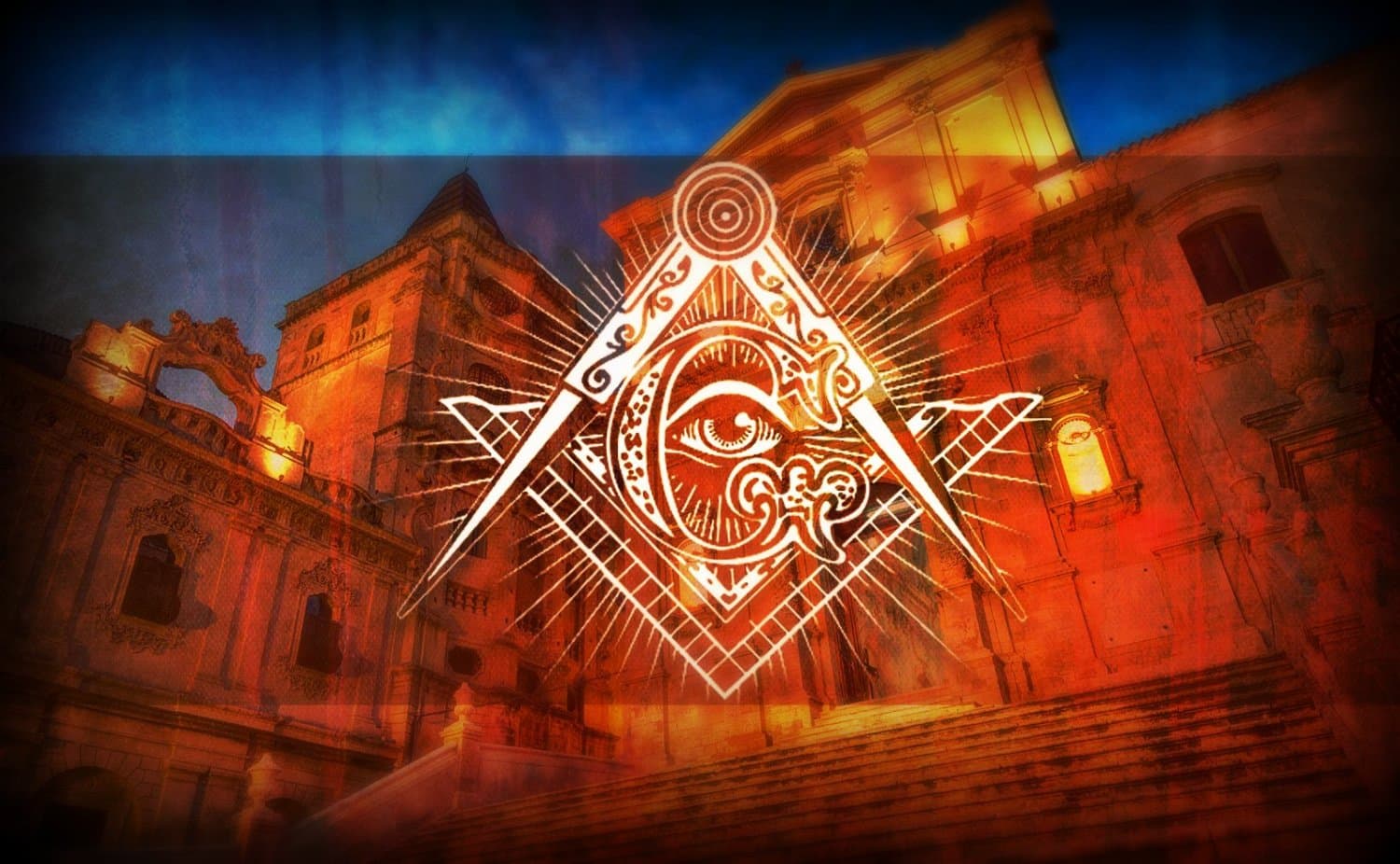 Henry Makow received his Ph.D. in English Literature from the University of Toronto in 1982.

As we have demonstrated in the past, any categorical and metaphysical denial of the moral order will inexorably lead to radical deceptions and sometimes covert operations. Freemasonry, as a secret society and judaizing movement, is not only part of those deceptions but is congruent with Jewish magic and mysticism.[1] Only those in the upper echelon actually know what is exactly going on. As Jones documents,

“The deeper the adept penetrates, the more Talmudic are the mysteries revealed to him. The Rosicrusian, for example, is taught the inscription INRI which was nailed to the Cross means not Iesus Nazarensis Rex Iudeorum, but rather the ‘Iew of Nazareth Led into Iudea,’ a reading which deprives Christ of his divinity and reasserts the Talmudic calumny that Christ was a common criminal who deserved to be executed:

“‘As soon as the candidate has proved that he understands the Masonic meaning of this inscription INRI, the Master exclaims, My dear Brethren, the word is found again, and all present applaud this luminous discovery, that—He whose death was the consummation and the grand mystery of the Christian Religion was no more than a common Jew crucified for his crimes.’

“To be initiated into the higher degrees of Freemasonry, the adept must agree to become an assassin of the assassin of Adoniram. He must be willing to assassinate Christ and his representatives on earth. The revolutionary intent of Freemasonry becomes clear when the adept is informed that he must be willing to kill the king. Mystical Masonry is synonymous with Revolution. ”[2]

“When the adept sallies forth from the cavern with the reeking head, he cries Nekom (I have killed him)….

“The adept is informed that till now he has only been partially admitted to the truth; that Equality and Liberty, which had constituted the first secret on his admission into Masonry, consisted in recognizing no superior on earth, and in viewing Kings and Pontiffs in another light than as men on a level with their fellow men, having no rights to sit on the throne, or to serve at the altar, but what the people had granted them.”[3]

Both Freemasonry and Rosicrucianism, at their eventual root, sought to denigrate and attack Logos and this was very important during the French Revolution. Since that was the case, again the marriage between the French Revolution and Jewish movements were two sides of the same coin. Isaac M. Wise wrote in 1866 that “Masonry is a Jewish institution, whose history, degrees, charges, passwords and explanations are Jewish from beginning to end.”[6] Henry Makow will enlighten us more on this issue.

Henry Makow: The source of the world’s problems: The Gentile “leadership” has been chosen for its willingness to sell its soul to Cabalist central bankers by joining Freemasonry, which is Judaism for Gentiles.

Architects of Deception, (2004) a 600-page history of Freemasonry by Estonian writer Jyri Lina offers profound insight into the true character of modern history.

Essentially, a dominant segment of Western society has joined the Khazarian financial elite in embracing Freemasonry, a satanic philosophy that represents a death wish for civilization. They imagine somehow they will profit from the oppression, lies and suffering caused by their Communist “New World Order.”

Incredible, bizarre and depressing as it sounds, Lina writes that 300 mainly Jewish banking families have used Freemasonry as an instrument to subvert, control and degrade the Western world.

This view is consistent with the 1938 NKVD interrogation of an illuminati member who names many of these banking families and confirms that Freemasons are expendable tools.

Based on the archives of the powerful French Grand Orient Lodge, captured in June 1940 and later made public by the Russians, Lina details how Freemasonry has conspired for world domination and orchestrated all major revolutions and wars in the modern era. (Lina, p.332)

Masons, often Jewish, are responsible for communism, Zionism, socialism, liberalism (and feminism.) They love big government because it is the ultimate monopoly. “World government” (dictatorship) is the final trophy. This is the vision behind 9-11 and all wars.

These “world revolutionary” “progressive” movements all mirror Lucifer’s rebellion against the laws of God and nature which is at the heart of Freemasonry. They ensnare millions of gullible idealists by promising a utopia based on materialism and “reason” and dedicated to “liberty, equality and fraternity,” “public ownership” or some other idealistic sounding claptrap. It’s called bait-and-switch.

According to Lina: “The primary aim of modern freemasonry is to build the New World Order, a spiritual Temple of Solomon, where non-members are nothing but slaves [and] …where human beings would be sacrificed to Yahweh.” (52)

Lina cites numerous Jewish sources that claim Freemasonry is based on Judaism and is “the executive political organ of the Jewish financial elite.” (81-83)

The common goal of these Masonic inspired movements is to undermine religion, nation and family by promoting social division, self-indulgence and “tolerance” i.e. nihilism, globalism, sexual “liberation” and homosexuality thereby reducing humanity to a uniform dysfunctional and malleable mush.

Lina and others who attempt to alert humanity to its real condition are routinely slandered as anti-Semitic, fascist, and right wing “haters” by people indirectly employed by the bankers.

This tactic shields the conspirators from scrutiny and makes discussion of our grim predicament impossible.

I am a Jew. I am not part of this banking monopoly, nor is the majority of Jews. By way of analogy, the mafia is considered mostly Italian but most Italians do not belong to the mafia.

On the other hand, Italians don’t viciously attack opponents of organized crime and call them “racists” and “hate mongers”. That would look awfully suspicious. Jews compromise themselves by their defense of the Masonic Jewish bankers and their perverse vision for humanity.

We cannot understand the modern world unless we appreciate that it is the result of the Masonic conspiracy. People scoff yet the evidence stares them in the face every day.

Lina believes, “Freemasonry plays the same role in Western society as the Communist Party did in the Soviet Union. Without belonging to the freemasonry there is no chance of a fast career, regardless of how talented one is.”

Keep in mind that Communism was a Masonic enterprise and the puzzle starts to take shape.

Lina says Freemasons not only control politics but also virtually every sector of Western society, including science and culture. “The present cultural life has become virtually unconscious,” he writes. “We have witnessed the beginning of cultural senility.” (333)

In his pamphlet “The Open Conspiracy: Blueprint for a World Revolution” (1929) the Freemason H.G. Wells describes an “open secret society” consisting of society’s leading men operating as a hidden force to secure world resources, reduce population through war and replace the nation state with world dictatorship. (340)

Human beings are naturally attracted to good and repulsed by evil. Thus evil always represents itself as good. To the public, and its own lower ranks, Freemasonry pretends to be dedicated to “making good men better”, humanism, tolerance, and you-name-it.

If this were true, would they have to extract vows of secrecy from members on pain of slitting their throat? Would they have been condemned by many Popes and banned from numerous countries? (84)

I do not wish to impugn the many good and decent men in the lower “Blue Degrees” who are unaware of Freemasonry’s true function and character. But there is abundant evidence and testimony that Freemasonry is a satanic cult dedicated to the worship of death. (134-138)

For example, when the Italian Grand Orient Lodge was evicted from the Palazzio Borghese in Rome in 1893, the owner found a shrine dedicated to Satan. The Italian freemasons published a newspaper in the 1880s where they admitted time and again, “Our leader is Satan!” (135)

The Masons also admit to having a revolutionary political agenda. Typical of statements Lina cites from Masonic publications is the following from a German magazine in 1910: “The driving thought is at all times focused on destruction and annihilation, because the power of this great secret society can only rise from the ruins of the existing order of society.” (272)

The Illuminist Conspiracy is the brake responsible for humanity’s arrested development. Mankind resembles a person suffering from a serious disease and sinking into a coma.

Juri Lina, left, has written a courageous book to revive us. He says we face “the largest spiritual crisis in the history of mankind…They have taken our history, our dignity, our wisdom and our honor, sense of responsibility, spiritual insights and our traditions.”

We are partly to blame, he says: “We have failed to act against the Masonic madness due to our enormous gullibility. We have been totally fooled and ignored the warning signals.” (274)

He ends on a hopeful note, saying evil is dysfunctional and inevitably destroys itself. “Freemasonry carries within it the seeds of its own destruction.” (563)

Wars, revolutions and depressions are all part of a “revolutionary” process designed to frogmarch humanity to “world government” under the rubric of Freemasonry which may be a surrogate for an alliance of occult Khazarian and gentile financial elites. Their “self-destruction” seems to be our best hope since the public is too feckless and weak to resist.

Biography
Jonas E. Alexis
Jonas E. Alexis has degrees in mathematics and philosophy. He studied education at the graduate level. His main interests include U.S. foreign policy, history of Israel/Palestine conflict, and the history of ideas. He is the author of the new book Zionism vs. the West: How Talmudic Ideology is Undermining Western Culture. He teaches mathematics in South Korea.
[email protected]
DISCLOSURES: All content herein is owned by author exclusively.  Expressed opinions are NOT necessarily the views of VT, authors, affiliates, advertisers, sponsors, partners or technicians. Some content may be satirical in nature. All images within are full responsibility of author and NOT VT. 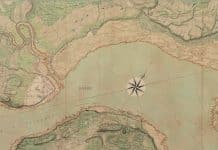 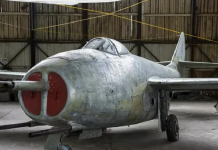 From ME-262 to Gloster Meteor, the World’s First Jet Powered Warplanes