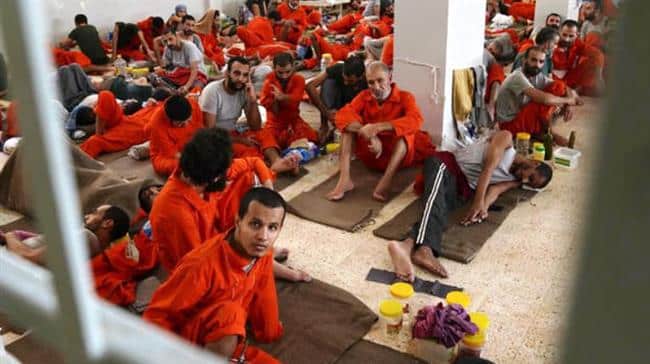 [ Editor’s Note: Syria is failing badly on always being behind the news. I don’t know whether it is administrative fatigue, under staffing, or whatever. But we see a trend of Syria not being proactive enough on key issues, including not responding at all in the current issue of what to do with the ISIS PoWs. Must one have to hire a detective agency to find out?

If the civilian government can’t handle it, the army should be put in charge of the national guard. And if some of the PoWs are to go out of the combat zone, then Syria should be openly discussing that with its coalition partners like Iraq. Instead, we see the US left to take the initiative and leave Syria in the dust.

Missing from Damascus’ “to do” list, with the arrangement with the Kurds to come back into the fold, was any immediate plan on what to do with the ISIS prisoners. Duhh…how in the hell did that get left off the list?

That gave the US the opening to deal with the “security issue” that apparently Damascus was not dealing with. The Kurds were exploiting the situation, playing Damascus off against the US.

After the huge effort to fight and capture these people, who would have ever believed we would see this paralyzed effort concerning what to do with them? After all, they are terrorists captured on the battlefield, responsible for the deaths of thousands.

The penalty should be death, and the executions should begin to get the business over with and make sure that anyone interested in being a terrorist knows what the penalties are. As for the families, that is more complicated with different levels.

That Syria should somehow have managed to survive the onslaught against it, only to be fought to a standstill by PoWs who seem to have Damascus completely stymied about what to do with them is mind-boggling. Let me know what you think in the comments … Jim W. Dean ] 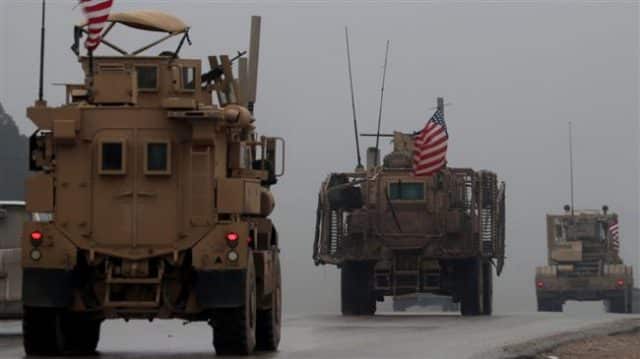 US President Donald Trump’s decision to pull American troops out of Syria seems to be linked to the escape of Daesh elements from jails in the north of the Arab country, which can finally result in the regrouping of the notorious Takfiri terrorist outfit, a media report says.

Fears are growing that thousands of Daesh terrorists may escape from Syrian jails, as Kurdish prison guards are reportedly leaving their posts to gear up for fighting back the Turkish military that has started an operation against Kurds in northeastern Syria.

The operation started following the Trump decision, which was widely seen as a go-ahead to Turkish President Recep Tayyip Erdogan for the beginning of Operation Peace Spring.

Experts have told Sputnik Arabic that a big question mark hangs over the pullout, as Washington was fully aware of the huge number of Daesh terrorists held in prisons under the authority of the Syrian Democratic Forces (SDF) in northern Syria.

Enas al-Maqsusi, an Iraqi lawmaker from the Sairoon alliance, told Sputnik on Thursday that the move was part of an international plot against Syria and Iraq, warning about its dangers for the two Arab countries and the entire region.

She said what was happening in northern Syria was “an episode of an international series with known goals and heroes.”

The lawmaker says the fact that Daesh members have remained in the SDF prisons up to now, especially without a trial, is questionable.

“One can say they have been held up to now in order to be allowed to leave at a certain time, which is happening now, especially as these operations will be followed by other scenarios that will become clear in the coming days,” she noted.

Maqsusi expressed surprise at the withdrawal of US forces from Syria and said the move will help Daesh reorganize itself. Back on Tuesday, a senior Iraqi security expert claimed that Washington is attempting to transfer 3,000 members of the Daesh terrorist group from Syria to Iraq.

Hafez al-Basharah told the Arabic-language al-Ma’aloumeh news website that the US is plotting to create a safe area for Daesh members in Iraq.

He added that Washington has chosen three areas in Iraq for the Daesh relocation, and seeks to transfer the militants first to the regions under Turkey’s military attacks in Syria and then to Iraq.

“The first region that the US intends to transfer the Daesh terrorists is an area between Al-Bukamal in Syria and Qa’em in Iraq; the second region is Ain al-Assad base; and the third area is one of the US bases in the Iraqi Kurdistan region,” Basharah said, according to Fort-Russ website.

The Arabic-language media outlets had reported in July that Washington planned to bring back a more dangerous version of Daesh to Iraq and Syria after its failure to achieve its goals in the region.

Last year, Leader of Islamic Revolution Ayatollah Seyyed Ali Khamenei had warned that the United States was relocating Daesh from the Middle East to Afghanistan to rationalize its military presence in the region.

By transferring Daesh from Iraq and Syria to Afghanistan, the White House seeks “to justify the continuation of its presence in the region and to create security for the Zionist regime,” Ayatollah Khamenei said in January 2018.