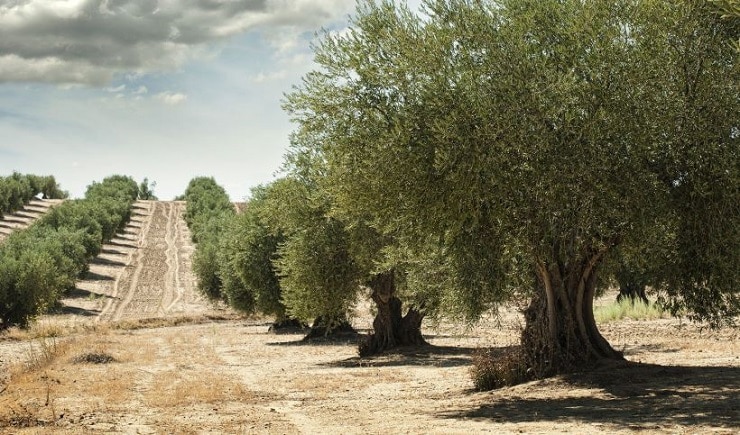 [ Editor’s Note: What do Greece, Crete and Florida have in common? Absolutely nothing. I would ruin Phi’s story by telling you why, because he has done a good job.

My story, thankfully, is a bit different than his, as where I grew is pretty much the same as it was back then. I got the photos below while working on my mother’s house the past four summers.

My old Bryant elementary school is still there after lying vacant for many years due to the lead paint and asbestos huge renovation costs required to rehab it. Along finally comes Iredale Mineral Cosmetics to pony up the huge redo of the 1889 building to turn it into a modern show place by keeping all the original architecture.

The town fire station still sits unused in a prime location due to the same problem, despite being offered for sale at $50,000.

In 2012 Great Barrington was voted the best small town in the US, both a blessing and a curse. The town is now an Air B&B mecca that helps local residents pay the high property taxes due to the increase in values. People even move out of their homes in the summer to rent them for Berkshire Country tourist traffic.

A block away is Searles Castle, one of many built in the country during the Robber Baron age. I did not know all towns did not have a castle until I went away to school.

The Searles High School behind it suffered a different fate. The town fathers approved Howard Johnson putting in a high rise hotel (wanting the huge RE taxes in the town budget) that would forever change the skyline. The citizens revolted and killed the project.

I did my 50th reunion there a couple of years ago, and it was as close to stepping into a time machine as I will ever get. Now its on to Phil’s story about a dumb idea for saving Greece, turning it into a European Florida… Jim W. Dean ]

The America I grew up in is long gone. That luminous dream so many whispered for so long, it became impossible decades ago, if I’m honest. The promised land that was to save the world from tyranny, its metamorphosis produced a regime as terrible as any.

Now, the hegemony enters its death spiral, the purveyors of disaster prepare to move on to greener pastures. And Greece will now become “Europe’s Florida.” The cradle of western civilization will be “Europeanized” in due course, but before this, the Anglo-European elites would pave over all of Greek culture.

“Happy is the man, I thought, who, before dying, has the good fortune to sail the Aegean Sea.” – Nikos Kazantzakis

I live in Greece. People often ask me why, since the vision of living in the United States is so much preferred by almost everybody in Europe. To this question, I give most people one of 1001 reasons to live and die on Crete island. Few get it, and I wonder how my contemporaries can fail to connect this place to America 50 years ago.

Maybe you have to stay here a while? Or, maybe some of us are just born more “Cretan” than others? Whatever the case, it was my love for the people and place that caused my utter shock this morning.

In a world full of mini-shocks every day, reading in The Guardian how Greek officials and professors want to make the country into “Europe’s Florida” put me in panic mode.

I’ve written many times about the orchestrated economic crashing of Greece, but even my worst nightmares never revealed Athens, Thessaloniki, Sparta, and the Greek isles as a spoiled paradise in America. There it was, in a headline big as you please; “Greece sees its future as the Florida of Europe.”

“We are all Greeks. Our laws, our literature, our religion, our arts have their root in Greece.” – Percy Bysshe Shelley

Having grown up in Florida before overdevelopment destroyed it, and being retired on Crete Island, what I discovered in this story seemed unbelievable. “Are these Greek leaders and the experts being cited living in the same Greece I am?” I wondered. Gut punched like no other European nation, the Greeks have crashed to Earth farther and harder than the fallen angels of God.

A nation that should be one of the richest in the world, was crashed on purpose after 2007-2008. And just as the people lift up their weary heads, another heartbreak looms on their horizon. 1,000 Aegean islands drowned in an endless procession of holidaymakers and Airbnb owners. “WOW! How could this be?” I wondered.

Then I spied the same sinister specter of NATO, the Washington think tanks, bankers, in the narrative of one of their minions. Let me cite Theodore Pelagidis, professor of economics at the University of Piraeus, the genius of the Greek-Florida initiative:

“Tourism is Greece’s competitive advantage and it can be the locomotive of development for the entire economy. But long-term salvation will only come when it becomes the Florida of Europe, improving services enough to attract foreigners to live here permanently. It has everything going for it, a unique quality of life and natural beauty that few other countries are blessed to have.”

Dr. Theodore Pelagidis is a Fulbright Fellow, a Brookings Fellow, a National Bank of Greece Fellow, a NATO Scholar, and an adviser to the internal evaluation office at the International Monetary Fund. He’s also another of the banking minions who helped crank out Greece’s seismic recovery from devastating debt problems.

Another article I wrote for my Argophilia travel news site speaks more on this. For NEO readers, I’ve no need to profile further an academic funded by the same people who’ve caused most of the world’s problems.

Instead of profiling Pelagidis and tracking his associations to guys like Paul Kazarian, who was a key figure at Goldman Sachs and in the Greek bond and privatization situation. Readers deserve to revisit what went wrong in the original vacation paradise of Florida.

This wonderful article by Kathleen Parker about Florida before overdevelopment is the perfect primer for anyone who thinks Greece needs to be like America’s “Sunshine State” – EVER. Citrus growers in Chania here on Crete, or in the valley leading to Fodele Village will identify with this recollection of what Central Florida used to be like:

“We were flush with profitable harvests. Come spring, houses were full with the perfume of millions of blossoms that soon would become oranges, grapefruit, and tangerines.”

I grew up in the same area outside Orlando, where orange groves once stretched as far as the eye could see. In the 1950s and 1960s Florida was not unlike Crete today, the people were so friendly, the oranges in such abundance and the atmosphere to clean it was a dream.

Now, the water aquifers are either polluted or drying up. Oranges have been replaced by Mickey Mouse hats and other souvenirs. And almost four times more people than Greece has, they trample the shopping malls and near-extinct rare orchids there.

Florida is a trash can compared to what it once was, and NATO professors want to “grow” Greece to be just like that? My brothers and sisters, I have to quote Ms. Parker again, just so you can see the level of criminality that is about to go down in amazing Greece:

“Gone, too, are the groves that provided endless entertainment and cover for make-believe cities and wars invented by children who couldn’t yet dream of computers or mobile phones. Gone are the spoiled grapefruit we plucked from the ground and lobbed as juicy grenades that left their giggling targets sticky with Vitamin C and pulp.”

Another story in the New Yorker about what happened to Florida echoes of what will become of Greece’s unequaled Aegean isles if the carrion of the world has their way. Dexter Filkins writes his intro this way:

“If you grow up in Florida, you watch the natural world around you disappear. It’s just a fact you live with. The verdant, miles-long stretch of dune and palm, rustling to the beat of the waves? Paved over.

The brackish stream that flows from ocean to intercoastal, giving life to manatees, alligators, and tarpon? Turned into a parking lot. The swath of live oak trees, the Spanish moss clinging to their branches like the mists from a Faulkner novel? It’s an apartment complex called Whispering Pines.”

Thinking back on the quote from the great English poet Percy Shelley, no one who is truly human could envision Greece ravaged and commercialized like the Florida peninsula was. This is simply an idea formulated from a perverse mind. It’s a form of criminality I cannot find words for. And this reminds me of something attributed to a great Greek, something that bears mightily on Greece at this crossroads:

“Foolishness is indeed the sister of wickedness.” Sophocles