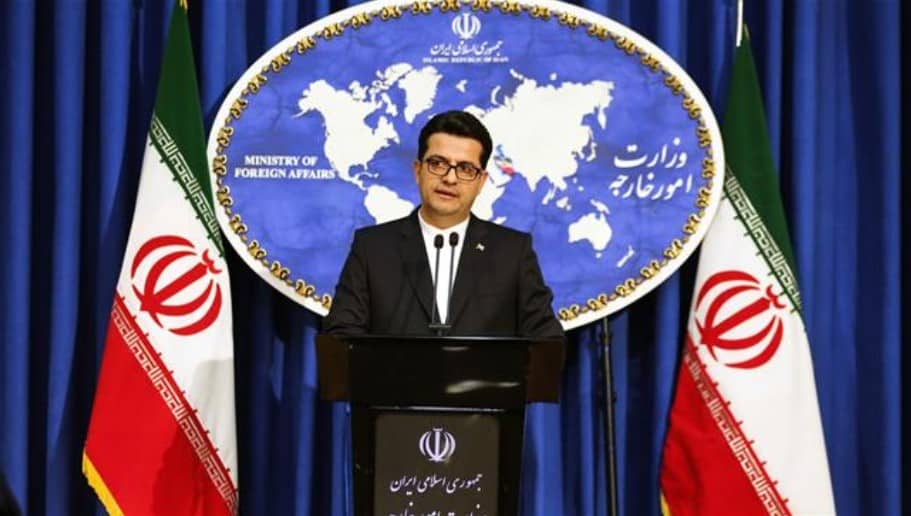 “The Turks can have bases on their own side of the border but establishing bases on Syrian soil is unacceptable and amounts to violating [the sovereignty] of a member of the United Nations,” Foreign Ministry spokesman Abbas Mousavi said Monday.

Mousavi said Turkey’s security concerns, while legitimate, should be resolved amicably and with full respect for Syria’s sovereignty.

“Syria’s sovereignty and integrity must be respected by all countries of the region,” he said, noting there were already various mechanisms and agreements in place that could be used to address Turkey’s concerns.

The spokesman said Iran was ready to engage Syrian Kurds, Syria’s government as well as Turkey in order to bring them closer.

Turkish military forces and their FSA proxies launched an invasion of northeast Syria on October 9 in a bid to clear Kurdish militants of the so-called People’s Protection Units (YPG) from its border areas.

Ankara has blacklisted the US-backed YPG as a terrorist organization tied to the homegrown Kurdistan Workers’ Party (PKK) militant group, which has been waging a bloody war on Turkey since 1984.

The Syrian government has condemned the offensive as an act of aggression.

On Thursday, and after talks with US Vice President Mike Pence in Ankara, Turkey agreed to halt its invasion for five days to allow the YPG militants to pull out of the border area. The Turkish government says it will end the operation altogether provided that the militants are completely cleared from the zone.

Mousavi repeated Iran’s position that none of the existing crises in the Middle East could be resolved through military intervention and that dialogue was the only way.

Turkey says Kurdish militants are withdrawing from the border town of Ras al-Ayn according to an agreement brokered with the United States.

Tehran has showed from the beginning of the Syria crisis that it is looking to reduce tensions in the region and has already tried practical measures to stop the violence, the spokesman said.

Mousavi did not rule out Iran’s role in resolving the ongoing crisis in northern Syria as Turkish President Recep Tayyip Erdogan plans to travel to the Black Sea resort of Sochi for talks with Russian President Vladimir Putin.

“Iran is one of the active players in this field,” he said.

Mousavi also confirmed that there have been “new developments” in ties between Iran and the United Arab Emirates recently.

“We welcome any move that helps reduce tensions and brings together regional countries, especially with the Emirates,” he said. “We hope our friends in the Persian Gulf region would arrive at this conclusion that they will find no better friend than Iran if they are looking for stability and peace.”

Mousavi, however, refused to comment on reports that a UAE security official has traveled to Iran. The spokesman, instead, confirmed that officials from the two countries have held meetings recently and “hopefully these meetings would improve ties between the two countries.”

He also dismissed claims by Bahraini officials that Iran has over the past years channeled explosives and weapons to the tiny Persian Gulf island.

“Sometimes it seems like these people can’t go to sleep without making such allegations,” he responded. “These accusations are based on illusion and can’t be accepted.”

Calling for better relations with Bahrain and other Persian Gulf countries, Mousavi expressed regret over Manama’s decision to host an Israeli delegation for an upcoming security conference.

“It’s so sad that a country that claims to be Islamic and Arabic, moves to normalize ties with such a regime after 70 years of atrocities, rights violations and child killings,” he said. “We condemn this presence which is very unpleasant.”

Elsewhere, Mousavi said Tehran was ready to unleash the 4th step in its measured response to the violation of the 2015 Iran nuclear deal, also known as the Joint Comprehensive Plan of Action (JCPOA).

He also slammed Europe for failing to counter US pressure to destroy the deal, the future of which remains uncertain more than a year after President Donald Trump pulled out of it and targeted Iran with new sanctions.

Despite promising to protect trade with Iran as agreed in the JCPOA, the three European signatories — the UK, France and Germany — have failed to take any practical steps.

A senior Russian diplomat urges a solution to the JCPOA dispute since the deal could be completely destroyed in foreseeable future.

Frustrated with their inaction, Iran has so far cut back on its JCPOA commitments by enriching uranium beyond purity levels set under the deal and stockpiling it in higher amounts than what the agreement requires.

As a third step, Iran removed some of the limits that the deal had defined for nuclear research.

Iran has noted that all of its actions are based on its rights stipulated in the JCPOA and will be reversed once Europe delivers its end of the bargain.

“Iran’s economy will continue to thrive and work together with other countries of the world with or without the Europeans,” Mosauvi said.

“The 4th step is ready,” he asserted, adding “we hope that implementing the 4th step will not be necessary and we will begin to see special steps taken by the remaining signatories. Otherwise Iran is ready to take the 4th step.”