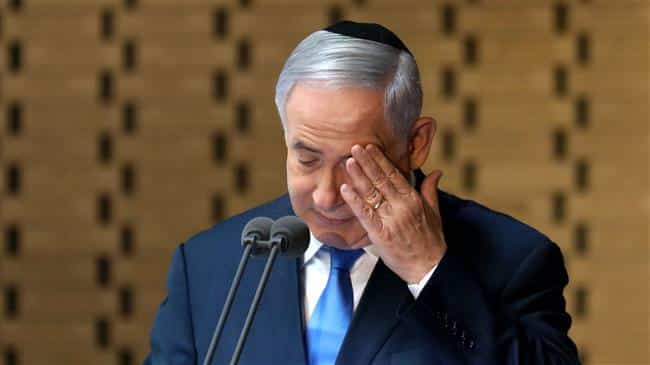 Bibi turns in mandate two days early, giving up on hoping AG would announce no charges on his bribery case

[ Editor’s Note: I would have lost a bet that Bibi would have turned his mandate in two days earlier, as that gave him two days less to pray that Attorney General Mandelblit would choose not to indict him on the main bribery charge.

Maybe Bibi got tipped off that it would not happen, so stop holding up the process and let’s get on with Benny Gantz facing the Herculean task of forming a new government, but with different challenges.

I covered much of this in my last NEO, as I have been following it closely for two weeks, watching Bibi squirm around, trying to save his bacon by winning a new prime minister slot where he could not be indicted.

Now we will have two shows to watch in Israel – one to see what Gantz can do, and then what Mandelblit is going to do that might change history in Israel, or just be another bump in the yellow brick road for Bibi… Jim W. Dean ] 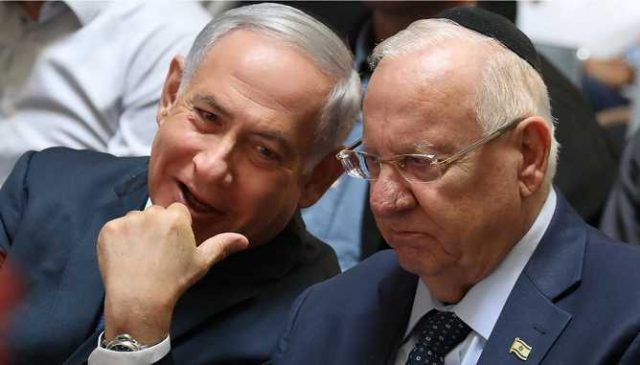 Israeli Prime Minister Benjamin Netanyahu has announced that he cannot establish a new cabinet after talks with his political rival Benny Gantz over forming a coalition broke down.

Netanyahu, who heads the right-wing Likud party, failed to secure a majority coalition in the Israeli parliament following a general election in September.

The office of Israel’s President Reuven Rivlin said on Monday that Netanyahu had announced he would be “returning the mandate” to form the cabinet to the president due to inability in doing so.

Exit polls and early results from Israels election indicate no contender has a clear path to form a ruling coalition.

Rivlin said in response to Netanyahu that he would hold consultations with various political parties and task Gantz with the job of establishing a new cabinet. Gantz, a former Israeli military chief of staff, will now have 28 days to try to form a coalition or risk another election being called.

Gantz’ Blue and White party said in a statement it was “determined to form a liberal unity government.” He has laid out no clear path to a majority, and if he failed to do so, it would almost certainly lead to another general election.

If Israelis go to the polls again, it would be the third time in a year after two inconclusive election results pushed the regime into a political crisis.