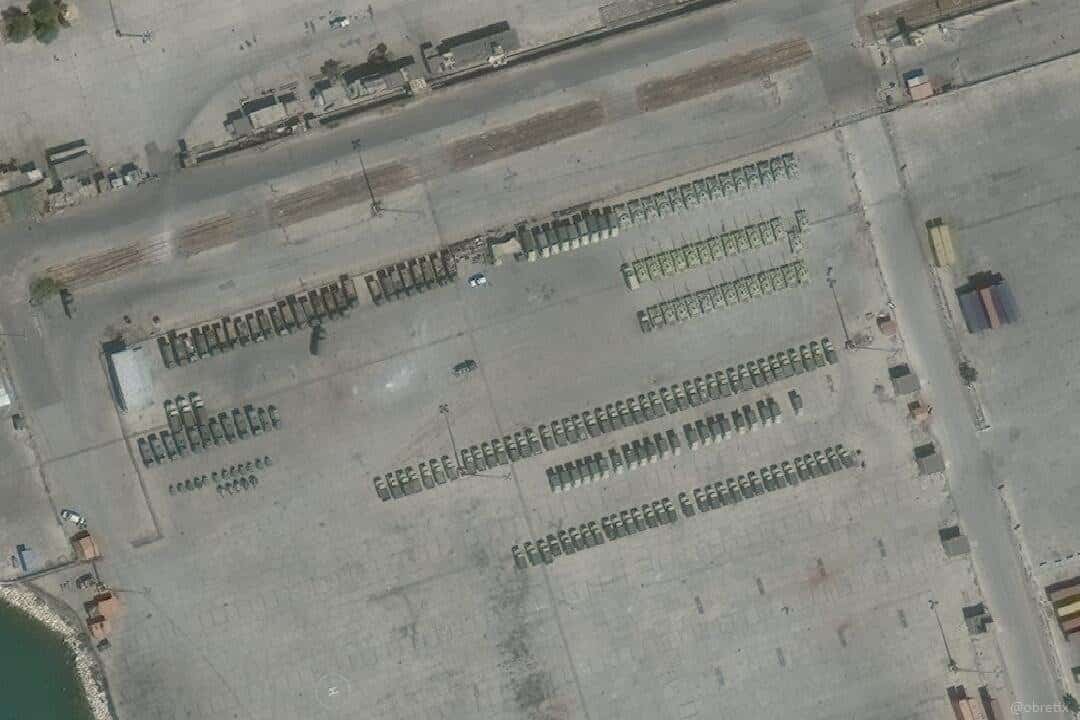 [ Editor’s Note: Syria has been moving other military equipment that is nearer to North Syria, as it has this new shipment to cover the Idlib and Latakia new offensives.

It looks like the SAA wants to clear the jihadis out of Latakia completely by year end, moving right up to the border. I would suggest it tell Turkey that, if it does not stop Jihadi infiltrators from Turkey, a 35-mile safe zone might need to be established on the Turkish side of the border.

I am sure that would tie Erdogan’s shorts in a knot. But Erdogan has been treated for too long with soft gloves by both Iran and Russia. He has played them both, and they went along with it, which is part of the problem that we face now.

As things eventually settle down, the spotlight has to be shown brightly on these past indiscretions when it comes to making a political settlement, where all Syrians were not equally loyal to their country. VT readers will understand that … Jim W. Dean ]

BEIRUT, LEBANON (3:10 P.M.) – The Syrian Arab Army (SAA) recently received a large shipment of military equipment, including tanks and armored vehicles, from the Russian military at the Tartous port in western Syria.

According to a satellite image that was posted this week, the Russian military has transported 25 tanks and 16 artillery guns, which will likely be transferred to the Syrian Arab Army in the coming days.

“In the satellite image presented, you can see that a large platform was allocated specially for the deployment of military equipment in the port of Tarotus, while specialists managed to count 41 tanks, as well as many trucks and special equipment,” the Russian aviation publication Aria.Pro reported on Monday.

This latest delivery by the Russian Armed Forces comes at the same time that the Syrian Arab Army prepares to launch a large-scale offensive in the Latakia, Hama, and Idlib governorates of northwetern Syria.

The Syrian Army has deployed a large number of reinforcements to the Al-Ghaab Plain, northeast Latakia, and southern Idlib for the upcoming offensive that will be led by the 25th Special Mission Forces (formerly Tiger Forces), 4th Armored Division, and Republican Guard.

These aforementioned divisions of the military had previously led the southern Idlib and northern Hama offensives; they are considered some of the most elite units in the armed forces.