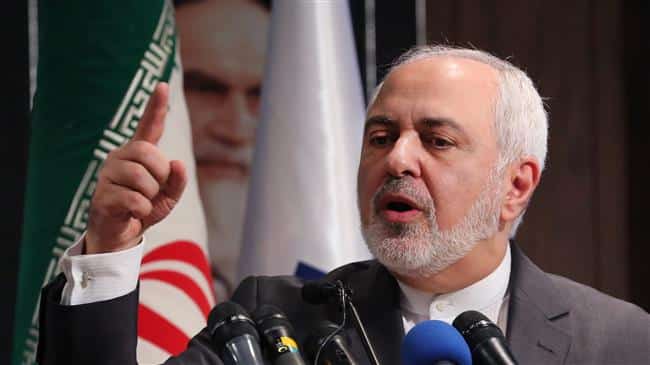 [ Editor’s Note: This is getting a little confusing. First, we had credible reports via Saudi Arabia that bin Salman had begun initial talks with Iran over “deescalating tensions” in the region, the broad term that was used.

It would come as no surprise that these talks would initially be quiet, with no press looking over anyone’s shoulder wanting instant updates. Now comes Zarif asking for face-to-face talks publicly. So what is going on here?

Did the Saudis make the initial statement and then drag their heels on following through, or maybe have second thoughts on proceeding? Or did Crown Prince bin Salman make the initial report to bait the US into giving him more support, an age-old ploy in Mideast geopolitics?

Zarif’s statement itself is nothing new. Iran has been stating it was open to talking to any and all regional neighbors to deescalate tensions, provide their own security for the Persian Gulf, and get foreign forces out of the area.

That was met with a less than deafening response from its neighbors, however Putin has been well received when he has mentioned similar goals on his agenda. One of those was a growing consensus that ending the Yemen War was a key first step.

News on the Yemen front has been quiet, except for that of the UAE pouring more Sudanese mercenary troops and light armor into the Aden area to shore up the Yemen factions it is supporting, as the UAE is playing a game similar to the US playing the Kurds in Syria — to have a puppet regime with control over eastern Yemen.

The intermittent fighting continues on in Yemen, but the Houthis have not launched any more drone attacks on Saudi Arabia or the ones threatened against the UAE. The issue is still in doubt as to whether the talks are real, or are they a feint to buy time to move in reinforcements and consolidate control for the next offensive… Jim W. Dean ] 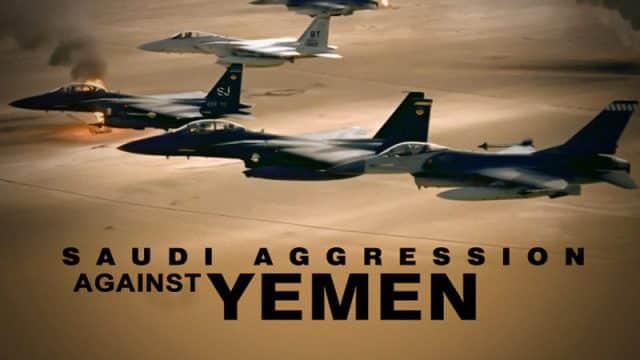 Iran’s top diplomat made the remarks while answering a question posed by Yemen’s Arabic-language al-Masirah news agency on the sidelines of a conference held in Tehran on Monday themed “Unilateralism and International Law.”

“If suitable conditions are provided, I would be ready to travel to Riyadh to settle differences” between the two countries, Zarif was quoted by ISNA as saying.

“Tehran welcomes any initiative that aims to ease tensions in the region and will cooperate [with other parties] to end Yemen’s war,” he added.

Zarif once again reiterated the Islamic Republic’s policy for supporting the Yemeni people, saying, “Iran will always stand by the Yemeni nation and we believe that the end of war will first of all help the Yemeni people.”

Elsewhere in his remarks, the Iranian foreign minister said he is in constant contact with Pakistani Prime Minister Imran Khan in relation to developments in Yemen.

The Pakistani prime minister made an official visit to Tehran earlier this month and held talks with Leader of the Islamic Revolution Ayatollah Seyyed Ali Khamenei and President Hassan Rouhani.

In his meeting with Khan, Ayatollah Khamenei said a proper end to the ongoing war waged by Saudi Arabia and its allies on Yemen can have “positive” effects on the region, highlighting Iran’s plan as a suitable solution to this crisis.

“The Islamic Republic of Iran has for a long time presented a four-point plan to end the war in Yemen,” Ayatollah Khamenei said, adding, “The end of this war in the proper way can have positive effects on the region.”

Saudi Arabia and a number of its regional allies launched a devastating military campaign against Yemen in March 2015, with the goal of bringing the government of former president Abd Rabbuh Mansur Hadi back to power and crushing the Houthi Ansarullah movement.

The US-based Armed Conflict Location and Event Data Project (ACLED), a nonprofit conflict-research organization, estimates that the war has claimed more than 91,000 lives over the past four and a half years.

Speaking at a press conference in the Yemeni capital city of Sana’a on Saturday, the Yemeni minister of public health and population criticized the United Nations and the World Health Organization (WHO) for their failure to open a humanitarian medical air bridge for Yemeni civilians, who are suffering from conditions that cannot be treated inside the war-battered Arab country.

PressTV-‘UN, WHO fail to open medical air bridge for Yemenis’

The Yemeni health minister has criticized the UN and WHO for failing to open a humanitarian medical air bridge for Yemeni patients.

Taha al-Mutawakel said the international bodies have not managed to ensure a mechanism for the medical transfer of critically ill patients, by chartered air flight, to medical facilities abroad that are equipped to handle such cases, slamming the international community’s silence on the gradual death of 30,000 patients, who are in dire need of treatment outside Yemen.

We are always ready to travel to neighboring states: Zarif

Later on Monday, Zarif visited an industrial complex in Tehran Province, on the sidelines of which he talked to reporters, further explaining about his readiness to visit Saudi Arabia.

“Nothing new has happened. We have always been ready to travel to neighboring countries,” he said, adding he is still ready for the visit.

“If conditions are prepared and neighboring countries are also ready for cooperation, we will definitely have the preparedness [to that goal],” Zarif pointed out.