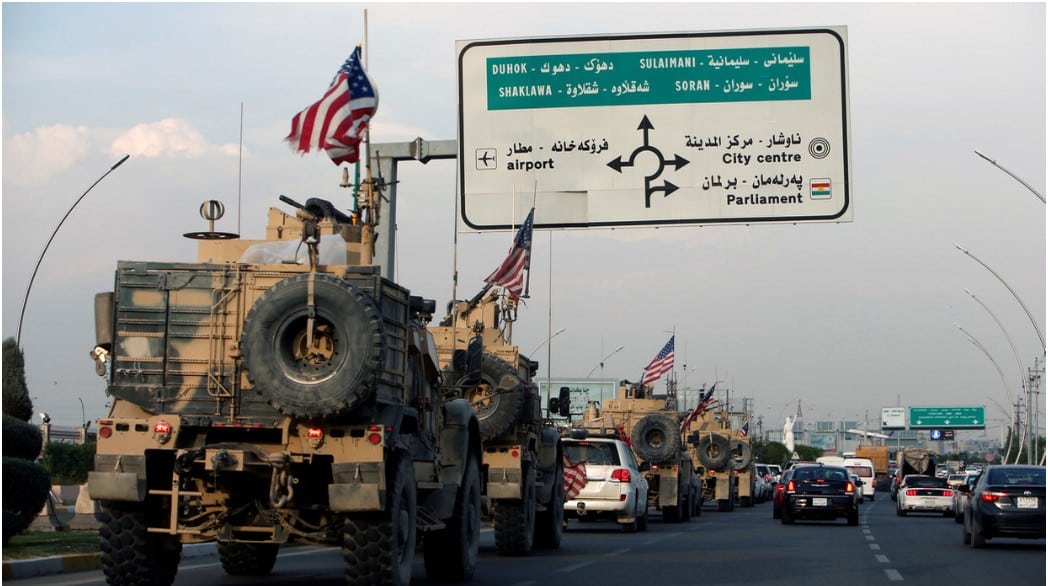 The Iraqi government is seeking international help after US troops withdrawing from Syria entered western Iraq without authorization, with Baghdad now taking legal action against the uninvited presence.

Baghdad did not give permission for US forces to stay in Iraq, Prime Minister Adil Abdul-Mahdi reaffirmed on Wednesday.

We ask the international community and the United Nations to perform their roles in this matter.

US Defense Secretary Mark Esper said Tuesday that US troops transiting from Syria would use Iraq to make preparations to go home and assured that the aim is not to “stay in Iraq interminably.” Esper did not specify how long the American troops would be staying.

ALSO ON RT.COMTransit only: US troops pulled out of Syria & moved to Iraq are now asked OUT of the countryWashington removed its troops from northern Syria on foot of a Turkish offensive against Kurdish militias in the region, who Ankara regard as terrorists.

Turkey said on Tuesday that it would not launch a new offensive against the Kurds following a five-day ceasefire and President Recep Tayyip Erdogan’s lengthy talks with Russian President Vladimir Putin in Moscow.

Turks appeased, Kurds saved, US gets breathing space: ‘Russia takes on job that US failed at’ in Syria

The US already has 5,000 troops in Iraq under an arrangement with the Iraqi government, but the agreement is a controversial one, with many Iraqis regarding it as continued occupation after the disastrous 2003 US invasion.