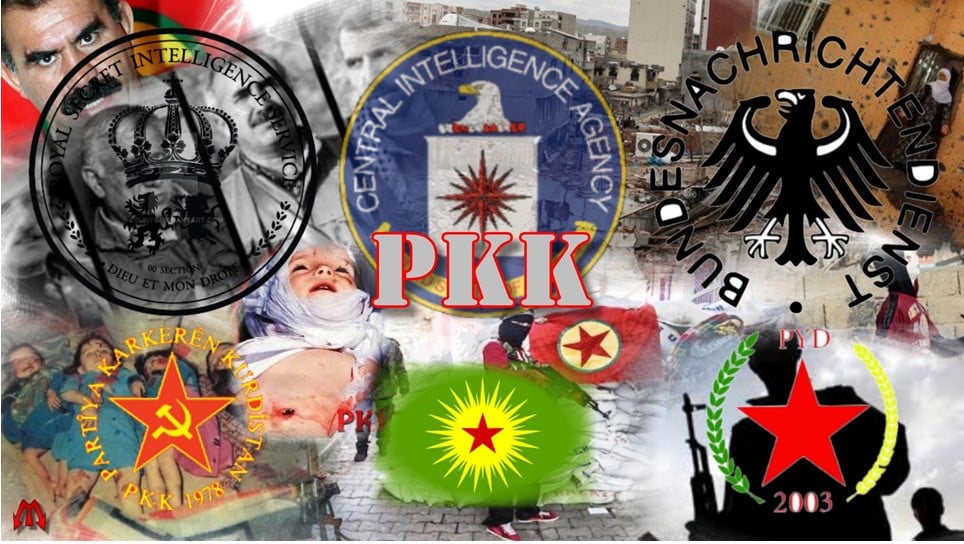 Turkey operations carried out in northeast Syria, alarmed the Western countries . Western societies think that “Turks kill Kurds”. Is that the truth?

The Kurds have been working at all levels of the Turkish state for years. There are many Turkish citizens of Kurdish origin at the level of bureaucrats, statesmen or ministers. Right or Left parties all have Kurdish MPs and make up the majority.

PKK that is a communist organization was realized thousands armed actions against Turkiye and NATO during the cold wa. It killed more than 50 thousand people in Turkey. In fact, a significant majority of killed people were people of Kurdish origin living in eastern cities. PKK was organized in Iran, Iraq, Syria and Turkey and it is the largest terrorist organization in the Middle East. The organization had camps in Iran, Iraq, Syria, Lebanon, Greece and other Orthodox countries. In addition, in almost all European countries, there are civilian organizations that were extensions of the PKK terrorist organization. The former German Foreign Minister Sigmar Gabriel recently said that “the PKK has been collecting money in Germany by blackmail and doing arms and drug trade”.

After the end of the Cold War, everything changed. First, Israel and the Zionists supported the PKK Terrorist Organization and the separatist Kurds in the Middle East. Israel’s goal was to establish a Kurdish State that would fight against Iran and to be ally itself. In the 1990s, Israel convinced the US administration and together began to support Kurdish terrorist organizations. When the US invaded Iraq, it did not take any action against the PKK terrorist organization in Iraq, gave permission to its strengthening along the borders Iran and Turkey. In reality, the PKK was a long time coming delivers drugs through Afghanistan to Europe via Iran and Turkey. (You can read at: https://www.veteranstoday.com/2019/06/27/vt-exclusive-pkk-ypg-drug-smuggling-network-uncovered-in-us-occupied-syria/)

Hatred against these organizations in Turkey and Turkey is too big. The most important reason for the growing anti-US sentiment in Turkey it that the US administration has been cooperating with the PKK terrorist organization. Turkey was the most important US ally in Korea. To save American soldiers, many Turks died on the battlefields in Korea. Turkey, despite being one of NATO’s greatest armed forces, NATO countries did not support Turkey in the fight against terrorism. Turkey was left alone in the fight against terrorism.

Likewise, Turkey fought against Daesh terrorist organization that was build by the Mossad and Turkey showed the greatest success. Daesh did not carried out any armed action against Israel until today. Although the largest participation in the Daesh terrorist organization is from European countries, they still refuse to accept Daesh prisoners. (You can read also about at Daesh : https://www.veteranstoday.com/2019/07/28/turkey-the-origin-of-the-daesh-isis-terrorist-organization/)

Over the last decade, the US and European governments support all organizations that are against Turkey. Fethullah Gulen, the leader of the terrorist organization in the coup attempt in Turkey Feton still live freely in the United States. FETO Terrorist militants fled to Europe and were not caught by Western police.

They does not want to sell weapons to Turkey. Unlike, they are sending weapons to the PKK terrorist organization for free with thousands of trucks . Turkey has now come to the breaking point from the Western world. So it had to approach Russia. Because Russia and Iran that are the enemies of the West are largest neighbor, Turkey.

US administrations and international press organizations under the influence of Israel mislead the US community. The Turks have never been hostile to the American people and the citizens of Western countries. There are thousands of Turks working in the US and Western countries, and all of them are hardworking and successful people. To date, no Turkish did not armed actions in the United States or Western countries. However, many people from western countries have voluntarily fought against Turkey in the PKK and Daesh terrorist organizations .

The US Society and its Administration must make a choice: will Americans support Turkey and the Turks or collaborate with terrorist organizations in the region to Israel’s interests?