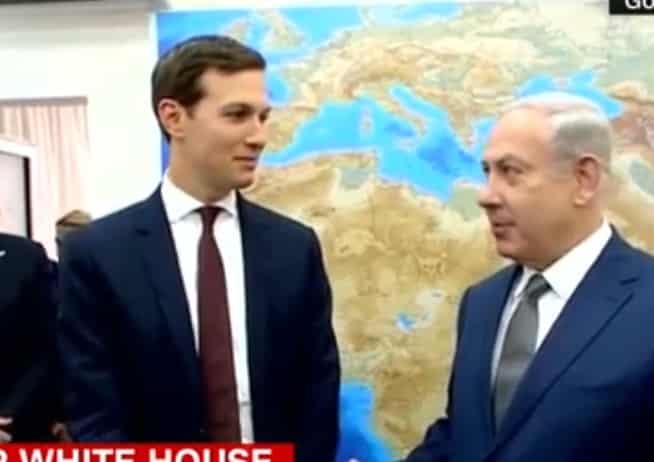 Netanyahu stopped first in Jordan and then switched to a private Saudi owned plane.  From there he landed in Riyadh, where he met Jared Kushner.

Netanyahu arranged for American paramilitary forces, we are told working for GOP-supporter Erik Prince, whose Chinese based Frontier Services is to supply support staff for residual ISIS commands in Syria and Iraq and to help prepare for a new iteration of ISIS to hit Iraq.

With Iran withdrawing from Iraq (ongoing and not publicly known), a new version of ISIS is being built up among Sunni/Baathist groups in Baghdad.

The goal is a new Iraqi civil war and another US invasion within the structure of the mutual security agreement.

This is some of why the government of Iraq has gone to the UN to demand that the new unauthorized American force leave Iraq. Iraq is also aware of a nearly 500 mercenary operation building an ISIS base in and near the Syrian oil fields Trump ordered seized.

ISIS leaders, formerly imprisoned in Syria, were “sprung” by private military special operations groups and are forming a new base of operations that will have strong ties to the powerful Israeli military and intelligence clandestine group inside the Kurdish region of Iraq.

Financing it all will be not just stolen Syrian oil, but the added benefit of Trump “pulling a fast one” on Putin by starving the new larger Syria of oil.

The real goal will be an Iraqi civil war, where the winners will declare war on Iran, aided by the US, Britain and France.