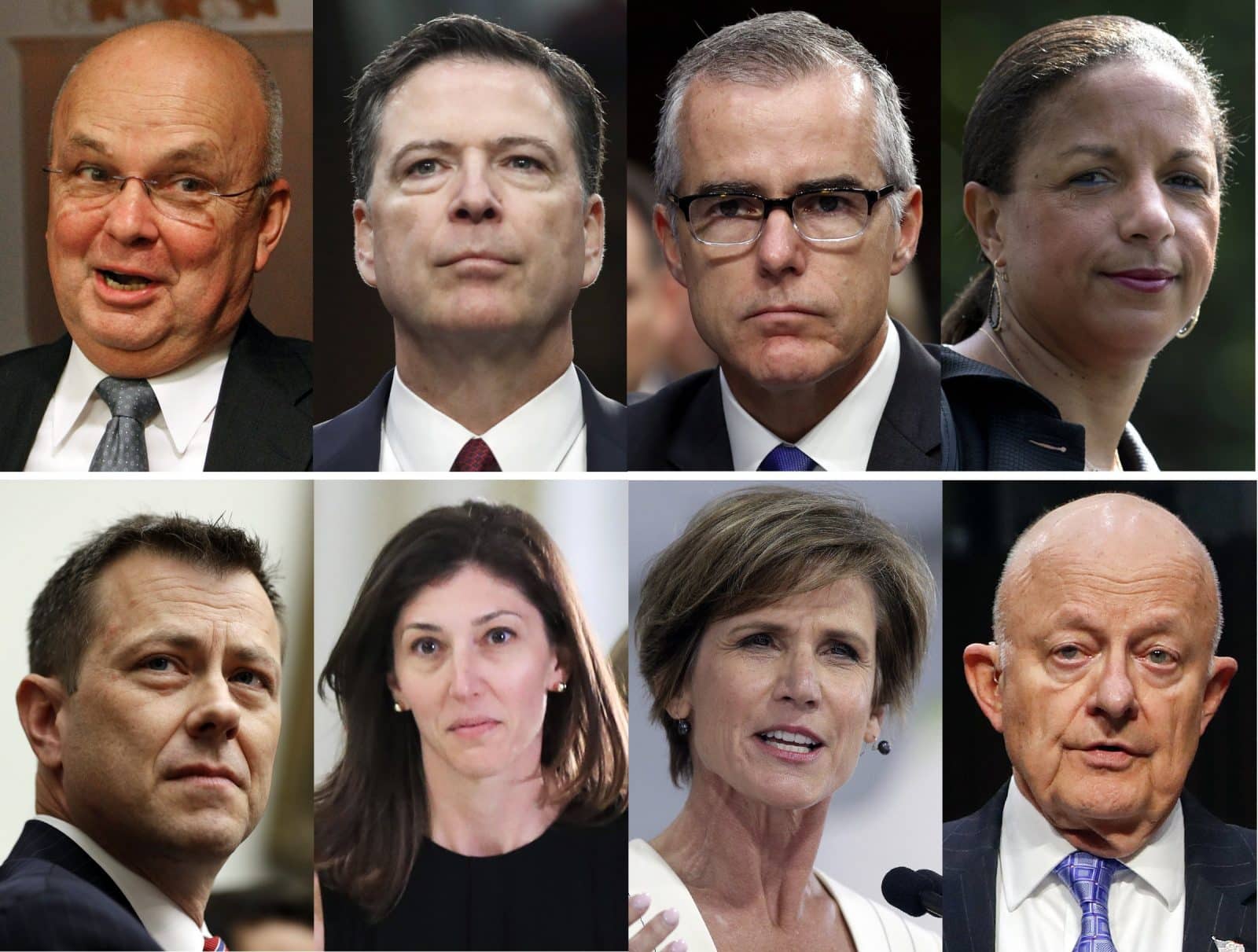 Editor’s Note: The violations of law and Constitutional oaths of office from Obama down to Page appear to be willful, persistent, and deep. These people should face trial by jury and punishment fit to their extraordinary politically-motivated crimes. Two faces are missing from the photograph: Barack Obama and John Brennan.

In a lengthy court filing surrounding the issues of Brady discovery material, Mike Flynn’s lawyer, Sidney Powell, drops some serious evidentiary bombshells on the court.  Ms. Powell brings Lady Justice to the courtroom, and her revelations are stunning.

DOJ’s review of Russia probe shifts to a criminal inquiry

It is unclear what potential crimes are being investigated, but the designation as a formal criminal investigation gives prosecutors the ability to issue subpoenas, potentially empanel a grand jury and compel witnesses to give testimony and bring federal criminal charges. 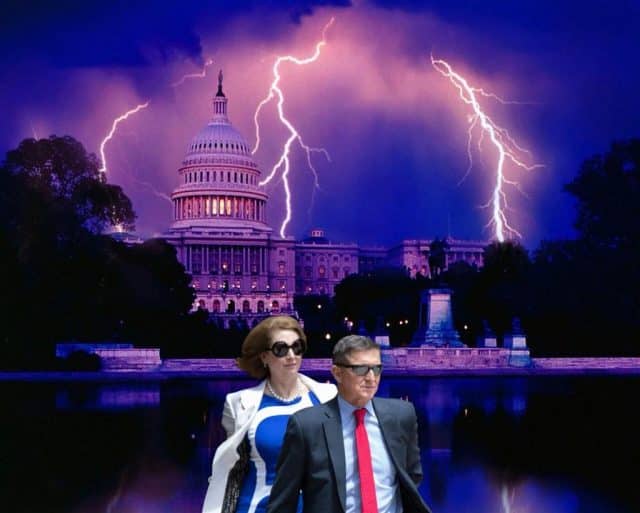 Who Will Fall First: Trump or the ‘Praetorian Guard’?

The Sound of Shoes Dropping in the Night

Robert Steele: US IC Allegations Against Russians Are Crap — Our Own Traitors, Not the Russians, Are the Real Enemy, Fake Evidence & Fake News – UPDATE 22

Zero Hedge: Will McCabe Bring the FBI Down With Him? Will McCabe’s Indictment and the DoJ Memo Exonerate Mike Flynn?

ROBERT STEELE: I have intuited from a number of sources that the Seth Rich murder is now central to the criminal investigation.  At the demand of the Attorney General NSA is reported to have mapped all of Seth Rich’s calls and emails and texts, and to have unmasked all US citizens contained in that map (this is legal, and the counterpart to Susan Rice’s ordering the unmasking of all US citizens associated with candidate Donald Trump’s campaign, actions that were illegal and tantamount to treason). If Hillary Clinton and Nancy Pelosi are not wearing diapers already, this would be a good time to them to start.

Stillness in the Storm: Michael Flynn On Verge of Vindication As Deep State In Full Panic 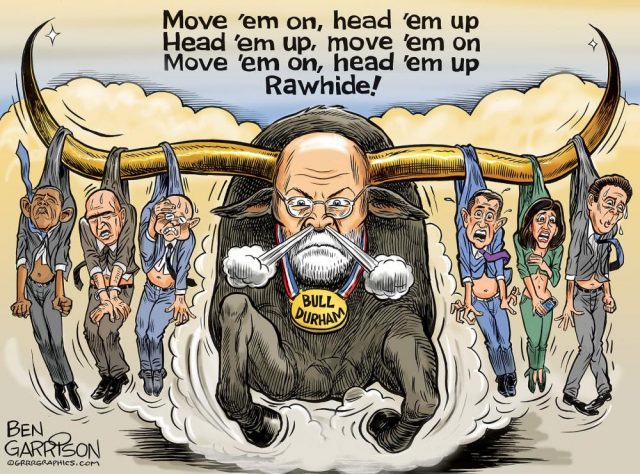 ROBERT STEELE: I am reliably informed that absolute proof of FBI lies and illicit surveillance has now been provided to the legal teams for Paul Manafort (against whom Ukrainian evidence was fabricated as well) and Roger Stone. Both of them should be able to gain dismissal on the same terms as Mike Flynn. While efforts continue to defame and discredit and marginalize individuals that have bootleg copies of documents that crucify the FBI and the Department of Justice, I believe that in the end, Flynn, Stone, and belatedly Manafort will be vindicated.  This is not to say that Manafort will be excused for tax avoidance, only that he can reasonably claim gross misconduct on part of DoJ and FBI and seek remediation on that basis.