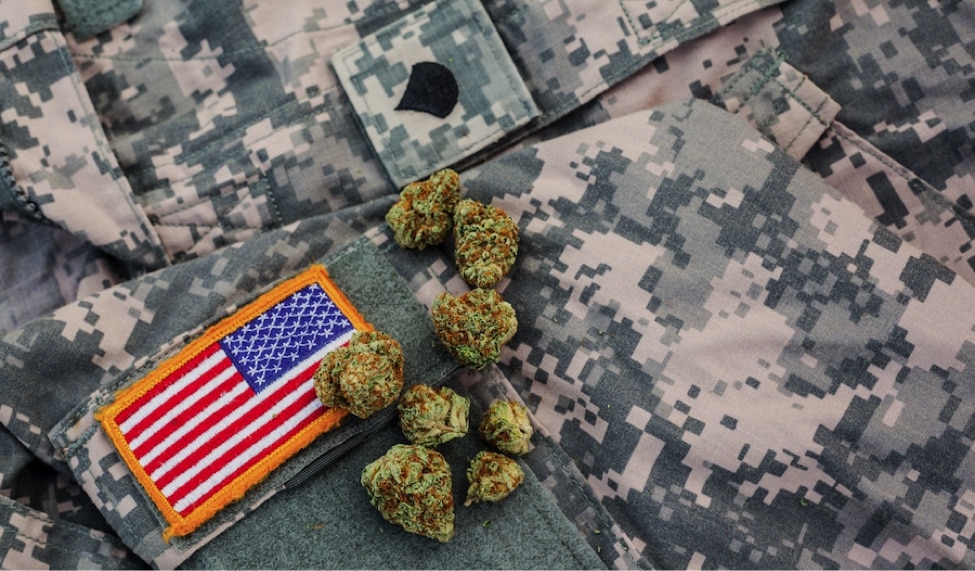 Worldwide, mental health is undergoing de-stigmatization. As the world rapidly becomes fast-paced, the slope going downhill gets even more slippery. Stress-induced anxiety is on the rise and we are all beginning to realize the importance of taking care of not just our mental health, but also being aware of the situations for others.

One group that we need to bring awareness to, is our veteran community. Mental health in the veteran world is very stigmatized even amongst its own group. While serving, they are strictly commanded that the mission comes first, and emotions must come second if at all. In boot camp, they are broken down and built back up to be brave enough to withstand the worst situations. Any conflicting feelings, otherwise, would mean risking failure.

On the outside, many don’t realize the gravity of trauma that some have experienced in combat. Many have laid witness to physical gore, suffering, and graphic death that is caused at the hand of the enemy or even their own. The consequence of all this is a heavy cross to bear, and for many, it’s too much. Post Traumatic Stress Disorder is astonishingly common. Veterans suffering from PTSD are burdened with uncontrollable symptoms like hypervigilance, night terrors, flashbacks, and intrusive thoughts. This then leads to emotional difficulties like numbness, irritability, avoidance, and feelings of hopelessness.

Another leading issue that stems from the war front is Traumatic Brain Injury. Those that have been involved in explosions often experience concussions or worse. Brain injuries that are severe enough to disrupt cognitive functions are usually dealt with immediately in their own right. But the milder versions are often overlooked. While these injuries may appear to be ‘mild’ on the TBI scale, they are still significant enough to permanently affect basic livelihood. It often takes years to realize because the symptoms look like other emotional or behavioral problems and are often very slow to manifest. The symptoms include getting frustrated easily, sleeping more or less than usual, impulsivity, trouble concentrating, anxiety, and depression. TBI coupled with PTSD creates the perfect storm for serious issues to develop. Many veterans are enduring heavy internal suffering, while at the same time trying to keep a brave face like they were trained to. It’s no wonder that suicide has become an increasing issue.

There’s a definitive point of contention that veterans and others in the community have with Veteran’s Affairs (VA).  Most entities serving the public health sector experience long waiting times for appointments, strict treatment limitations, and patient overload. The VA is no different. Many vets avoid the VA because of those limitations and also because the overall experience is very impersonal. It’s also common for many to not even attempt to access their service-connected benefits because they are bedridden, live in isolation, or don’t feel as though they truly earned them. Veteran health and the VA is a complicated relationship that numerous just refrain from completely. Their mental well-being is already complicated enough, adding any more to it just causes more anguish. This only exacerbates all underlying problems and lets them fester.

The plight of issues for combat veterans is complex. Because not many can relate, many veterans feel powerless as these symptoms slowly emerge and overcome them. Frequently, they find themselves turning to alcohol or substance abuse as a means of escape which subsequently leads to the vicious cycle of addiction. Many find solace in using cannabis to help alleviate their symptoms. Many states that have sanctioned the use of medical marijuana have listed PTSD and/or brain injury as a qualifying condition for eligibility. As the US becomes more friendly toward cannabis as a medicine, it’s imperative that we validate and extend its therapeutic use to our veteran community.

Why Telemedicine is Important

A lot of veterans feel like seeking help is futile. Those that are suffering long term from the aftermath of combat need options. With the help of the internet, those options can be available everywhere at the click of a button. Veterans could have the ability to easily find therapies of their own choosing and better figure out what the right individualized treatment plan is for them. For example, Veriheal offers online services that will discreetly connect them with a licensed cannabis physician in their state and have successfully registered thousands of veterans to date. Telemedicine will only open up opportunities to help the people that put their lives on the line and sacrificed so much of themselves for the protection of our country. We undoubtedly owe them that support.