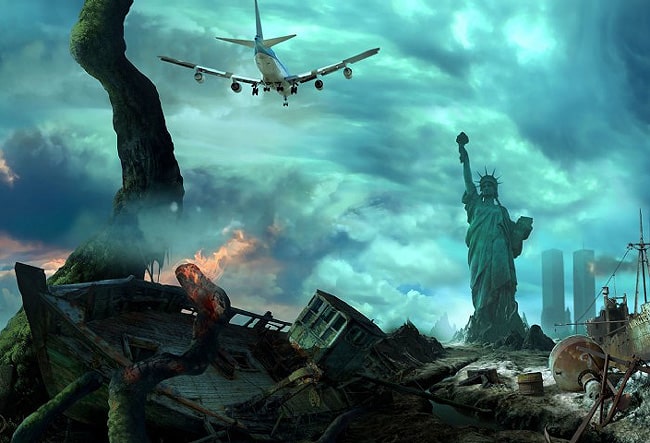 
Last February, I began to write a number of articles detailing the covert activities of New World Order agents in Venezuela, providing one source after another. A correspondent by the name of “Kai Kieferle” got really angry and declared that “Any reasonable person who actually believes in democracy should be applauding” US organizations supporting various anti-government groups in Venezuela. What was so funny about this whole thing is that Kieferle had previously started sending me what seemed to be endless messages. In one of his responses, he declared:

“In your opening paragraph at your latest article at VT you claim Venezuela’s opposition is funded by NWO in the US. Unfortunately you make the claim in a vacuum of information. Can you be more specific? What groups or individuals representing the ‘WO’ are funding Juan Gauido’s party? I’d be interested in seeing if you have any evidence to back up these claims.

“Actually I’d be interested, given the complicated structure of Venezuelan opposition parties, if you can also show who in the ‘NWO’ operating in the US is sending money and resources to which opposition parties. I imagine most of your readers are not interested in making sure the information they consume is accurate. You will find the opposite with me.”

I responded by saying:

“I am really surprised that you would even ask that question, precisely because the argument is pretty straightforward. Washington is essentially a New World Order cell, and when it comes to Venezuela, puppets in Washington have made it clear that they are supporting both Guaido and the opposition party. We have seen this played out before. It is the same thing in Iraq, Libya, and Syria.

“The CIA made it very plain that they were supporting ‘rebels’–or terrorists–in Syria. They are supporting Guaido precisely because he is a puppet of the United States as well as Israel. Listen to the title of this article by the Washington Post: ‘The U.S. has quietly supported the Venezuelan opposition for years.’”

The Washington Post article specifically says that the Trump administration “indicated it would support a military overthrow of the socialist government headed by President Nicolás Maduro. Second, the administration, alongside two dozen other countries, recognized opposition leader Juan Guaidó as the legitimate, interim president of Venezuela…the United States and Venezuela have had an acrimonious relationship for the past 20 years — in part because the United States has long supported the Venezuelan political opposition.”[1]

If the correspondent had carefully read the article by the Washington Post, he would have gotten a deeper understanding of how the New World Order has essentially funded the opposition group in Venezuela. The Washington Post continues to say that

“Shortly after Hugo Chávez’s initial election in 1998, the U.S.-funded National Endowment for Democracy (NED) took the lead in training and guiding political parties on how they might best compete against him. One of the NED’s sub-agencies, the International Republican Institute (IRI), led these efforts…

“The IRI sponsored such Republican politicians as Darryl Howard, the executive director of the Oregon Republican Party, and Mike Collins, the former Republican Party press secretary, to travel to Venezuela and meet individually with Venezuelan party leaders from the opposition, offering guidance on how they might electorally defeat Chávez.

“IRI members also ran political workshops for party members on issues such as constructing political platforms and reaching out to youth. One IRI contractor who helped facilitate some of these workshops bluntly described their objective to me: to help the opposition “get [their] s— together so they could defeat Chávez. In 2006, the IRI brought five technical specialists to assist the campaign of Manuel Rosales, the opposition’s presidential candidate, to monitor elections on the day of the event.”[2]

Sociologist Timothy M. Gill of the University of North Carolina, the author of the Washington Post article, says: “U.S. diplomats, including several ambassadors, also told me how they advised the opposition. One ambassador revealed she ‘met with the opposition — I can’t tell you how many times. I told them they need to come up with a plan and needed to unite. There were 50 opposition parties registered!’ In doing so, she urged the opposition not to splinter its vote and hand Chávez an easy victory.”[3]

Professor Gill moves on to reveal more diabolical activities by the United States in Venezuela.

“U.S. state agencies also strategized with opposition social movements. These efforts have been led by the U.S. Agency for International Development (USAID) and, in particular, its Office of Transition Initiatives (OTI), a group that often works in war-ravaged countries, currently including Syria and Ukraine.

“When I asked a USAID representative why OTI was in Venezuela, he told me that OTI acts as ‘the special forces of the democracy assistance community,’ and it can get aid to groups in countries much more quickly than traditional channels.

“USAID/OTI, for instance, initiated a strategy to develop neutral-looking organizations in working-class neighborhoods focused on community initiatives such as participatory democracy. These groups were organized with opposition activists to put Chávez supporters in contact with opposition members to help persuade them to reduce their support for the Venezuelan government.”[4]

In short, USAID for the opposition group in Venezuela is well documented. Even back in 2007 the United States established an anti-Chavez student movement. USAID also provided students the necessary tools and ideological materials “to amplify their message, including such basics as paper and microphones, and they organized training seminars to help the students enhance the effectiveness of their movement.”[4]

“Outside Caracas, USAID helped students in such regions as Maracaibo, where it funded such efforts as a conference run by students opposed to the Chávez government and paid for airfare for individuals to attend. Over time, the U.S. government assisted the efforts of the anti-Chávez student movement significantly. Many of its members are now high-ranking opposition leaders, including Guaidó, Stalin González and Freddy Guevara.”[5]

So the debate of whether the New World Order ideology was supporting both the opposition group as well as Guaido in Venezuela was over long ago. Last July, the LA Times seemed to have put hit the final nail in the head by saying:

“The Trump administration plans to divert more than $40 million in humanitarian aid from Central America to the U.S.-backed opposition in Venezuela, according to an internal memo and interviews.

“The memo, dated July 11 and obtained by The Times, is a notification to Congress from the U.S. Agency for International Development that the money is going to Venezuela in response to an “exigent” crisis involving U.S. “national interest.”

“The U.S. has been an ardent supporter of forces attempting to oust the leftist government of Venezuelan President Nicolas Maduro and now recognizes his challenger, opposition leader Juan Guaido, as the legitimate ruler of the besieged nation.

“All of the money being diverted will go to Guaido and his faction, the memo said, to pay for their salaries, airfare, ‘good governance’ training, propaganda, technical assistance for holding elections and other ‘democracy-building’ projects.”[6]

Where was Kai Kieferle when the article was published? He was nowhere to be found. Why? Well, in his subterranean mind, the US was and perhaps still is spreading “democracy” and “freedom” in Venezuela. That’s what the US has been doing for the better part of twenty years. Don’t we all know by now?

In any event, you can’t reason with a person out of an idea which wasn’t born on the basis of reason at all. The sad thing is that while the Trump administration is wasting millions upon millions of dollars in places like Venezuela, places like Los Angeles are riddled with poverty.