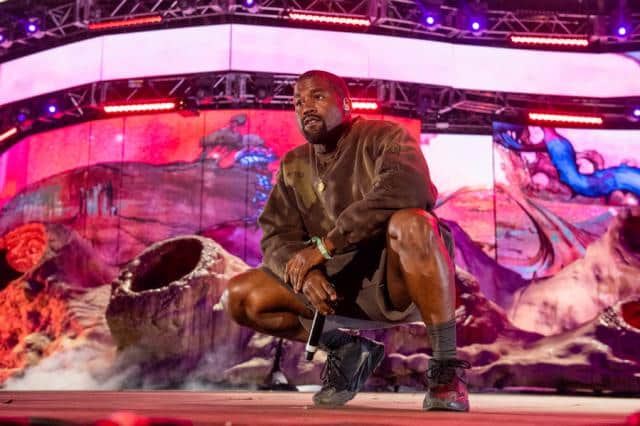 “Playboy was my gateway into full-on pornography addiction. My dad had a Playboy left out at age five, and it’s affected almost every choice I made for the rest of my life, from age five to now, having to kick the habit.”

“Money, clothes, cars, accolades, the advent of social media, a Twitter account, paparazzi photos, going to Paris Fashion Week — all of that. I suffer — and I appreciate the suffering because we can just feel a little bit of what Jesus felt when we suffer, but social media makes me suffer. I suffer from that and by me saying this out loud, I’m sure there’s other married men that suffer in a similar way that are happy to hear me say, ‘Oh ya, I’m suffering.’”

When asked the question, “Why just married men?” Kanye responded: “Because social media prompts women in particular to put out content that they wouldn’t have put out.” “So, you’re referring to addition?” Kanye again replied: “Yeah, definitely… I deal with my addiction. When I was younger and I wanted to see something like that I had to pay someone that was older to go to 7/11 and buy it.”

Perhaps Kanye West should pick up a copy of Euripides’ The Bacchae. In The Bacchae, Euripides introduces us to Pentheus, who is the king of Thebes and who represents the anti-thesis of social disorder and chaos. Pentheus observes that Dionysus, the god of wine and sexual revelry, is the real cause of sexual licentiousness in Thebes.

All Dionysus has to do to create moral decay throughout the land is unleash sexual debauchery among the women in particular. How? Simple: Allow the women to leave their looms and dance naked on the mountainside. The men would eventually be drawn to their sexual and uncontrolled passion, which means that they will also drop their moral cognition and intuition. The end result? The men will eventually be slaves to their passion, and that can also lead to their ultimate and tragic death.

In short, once the mind has been subdued by a potent ideology, namely uncontrolled sexual passion, the person in question is no longer a good man but a slave. As Augustine rightly put it,

“Thus, a good man, though a slave, is free; but a wicked man, though a king, is a slave. For he serves, not one man alone, but what is worse, as many masters as he has vices.”

What we are saying here is that lust and uncontrolled sexual passion always lead to moral and intellectual blindness, moral blindness inexorably leads to “sin city,” and “sin city” leads to spiritual death.

This deduction has been understood by a wide range of individuals—from Sigmund Freud to Wilhelm Reich and all the way to comic book writers such as Allan Moore. 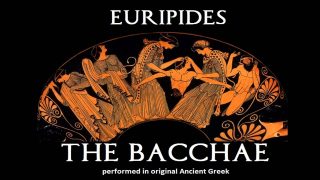 Going back to Pentheus. In order to put an end to Dionysus’ lust, which drives the men into sexual madness, Pentheus captured Dionysus. When Dionysus was locked up, he told Pentheus that Pentheus was actually his slave. This obviously befuddled Pentheus. How am I his slave, Pentheus seemed to reason, when I got him in chain?

In other words, Dionysus allowed himself to be captured by Pentheus because he wanted to seduce the very man who seeks to prohibit sexual debauchery. To make a long story short, Dionysus asks Pentheus if he would like to see the women (Maenads) dance naked on the mountainside. Pentheus, of course, was flattered and seemed to have been instantly sensually aroused. We could imagine Pentheus saying,

“You mean I’ll have unlimited access to naked women? Heck, yeah! Oh brother, what man would say no to that? When will I get to see those beautiful sights?”

Pentheus actually says, “Aye, indeed! Lead on. Why should we tarry?…That would I, though it cost me all the gold of Thebes!” At that point, Pentheus’ moral reasoning began to wane precisely because lust has started to take over his moral being.

Dionysus was shocked to see that Pentheus was willing to go the extra miles to see those naked women. Dionysus says, “So much? Thou art quick to fall to such great longing.”

Keep in mind that Dionysus has used other means to persuade Pentheus to abandon his moral path but failed. Dionysus finally rested on the sexual dimension, which Pentheus could not resist and which turned out to be an instrument of control.

Moreover, Dionysus quickly learned that talking about naked women was much more persuasive and alluring than positing philosophical syllogism. In the twentieth century, Wilhelm Reich discovered those sexual principles from personal experience. He eventually declared that

“Sexual consciousness and mystical sentiments cannot coexist.”[2] Reich was not the only person to discover this either/or dichotomy. But he was one of the first persons to articulate this in the twentieth century.

Once the culture began to accept Reich’s principles, the social order swiftly evaporated from the minds of many. Reich postulated that the sexual revolution could not take place without “a powerful international sex-economic organization.”

Dionysus led Pentheus to the mountainside and the naked women ended up tearing Pentheus apart in a sexual frenzy, leading him to a bloody and tragic death. Pentheus’ own mother, Agave, was also one of the maenads who participated in the Dionysian frenzy. Being intoxicated by the revelry and being possessed by Dionysus, she ripped off Pentheus’ head without realizing that it was her own son.

Agave went back to the palace and began to talk about how she triumphantly ripped off a lion’s head—meaning his own son’s—and how fulfilling the whole phenomenon was.

Yet right after she became sober and to much of her chagrin, she realized that she had killed her own son. Agave wept bitterly and inconsolably, but it was too late. Nothing could replace her son. Pentheus got what he wanted: he got to see naked women, but it cost him his own life.

But Sade’s sexual metaphysics did not die during the French Revolution. This sexual component has also been propounded in many different ways since Sade penned his Philosophy in the Bedroom in 1795.

With Talmudic and Masonic backing, the sexual virus traveled from France to England, from England to Germany,[3] and then from Germany in the 1920s and 30s[4] to America in the 1960s during the sexual revolution.[5]

By 1946, one of the British intellectuals who realized that the movement sweeping Europe and America would have to be sexual was Aldous Huxley.

“For myself, as for no doubt most of my contemporaries,” Huxley wrote in Ends and Means, “the essence of meaninglessness was essentially an instrument of liberation…We objected to the morality because it interferes with our sexual freedom.”[6]

One can say that the feminist movement is largely based on this central doctrine: morality is either irrelevant or obsolete because it interferes with people’s sexual freedom. Sexual freedom logically leads to the Enlightenment and to people like Marquis de Sade. According to the Enlightenment view of things, morality is a relic of the past, and people ought to be free to pursue any activity without restraint. It is “liberty.”

De Sade again articulated this in a more interesting way. “The philosopher,” he argues, “sates his appetites without inquiring to know what his enjoyments may cost others, and without remorse.”

Sade here was trying to suppress guilt, conscience, and morality. Once that was done, then Sade took another ideological move. “A pretty girl,” he writes in Philosophy in the Bedroom, “ought simply to concern herself with fucking, and never with engendering.”

With morality and order removed, de Sade was free to follow any impulse and encourage others to do the same:

“You girls who have been tied down by the absurd and dangerous bonds of an imaginary virtue and a disgusting religion: imitate ardent Eugenie. Destroy, trample, as swiftly as she, all the ridiculous precepts inculcated by moronic parents.”

Sade further deconstructs the moral order by saying, “It’s absurd to say that this mania is unnatural. Can it be censured if nature inspires it in us? Can nature dictate something that degrades it?”[7]

Well, very easy. If women should be “free to act however they want,”[8] as feminist and Zionist Mayim Bialik tells us, do men get to enjoy that privilege and honor? If not, why not? Why are feminists so prejudice? What logical move that allows them to apply one law for women and a completely different law for men? Is that fair?

And if they think that men ought to grant the same right, then how can we really say that people like Harvey Weinstein and Bill Cosby did something wrong? Don’t all the feminists out there condemn both Weinstein and Cosby?

You see, no matter how you cut it, the feminist movement lacks moral and intellectual backbone. t doesn’t abide by what Immanuel Kant calls the categorical imperative or practical reason, which is our only defense against oppression, the oligarch and the elite. Kant declares:

“Act only according to that maxim by which you can at the same time will that it should become a universal law.”[9]

He continues to say that for an action to be good, “it is not enough that it should conform to the moral law—it must also be done for the sake of the moral law.”[10] As I argued elsewhere, any intellectual project that does not prostate before practical reason will fall. That’s what happened to Darwin, and his intellectual children are still trying to erect a philosophically repugnant and existentially worthless edifice.