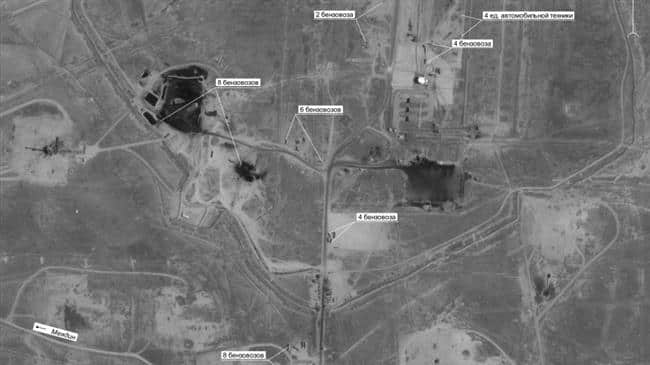 “Russia, citing satellite imagery, says the United States has been smuggling Syrian oil to other countries under the protection of its troops before and after the defeat of the Daesh Takfiri terrorist group in the region.”

In video’s below, thousands of tanker trucks will be seen.  All of them were shipped from the US, bought used by companies and we suspect Haliburton and Bechtel, but have no solid testimony as yet, and shipped through Saudi Arabia and Jordan on behalf of ISIS.

Then things changed, the US came in on the ground in the same region where Russia bombed, and the ISIS/US oil program began again as it is going on now.

The US is currently moving tanks into Syria to secure oil facilities where hundreds of new tanker trucks, shipped from the US through Turkey, are now loading stolen Syrian oil into Turkey on behalf of the Trump family and ISIS.

The development comes after Washington decided to withdraw US troops from northeastern Syria following the start of a Turkish military operation against Kurdish forces on October 9.

A column of US troops has returned to northeastern Syria’s al-Hasakah Province from Iraq, Syria TV reports.

The news outlet claimed that “the column of American occupation forces entered […] the province through the illegal al-Walid border crossing” and that the column, which includes “dozens of soldiers and military hardware” is covered by US combat helicopters.

This comes a day after US Defence Secretary Mark Esper said that the US would maintain a “reduced presence” in Syria, citing concerns about Daesh* terrorists taking control of nearby oil fields.

Almost two weeks ago, Esper pledged that the US would withdraw all of its force of 1,000 soldiers from northeastern Syria, after Turkey launched its military operation in the area to drive Kurdish militias and remaining Daesh militants away from the border.

Russia Concerned Over US Military Returning to Northern Syria

Commenting on Esper’s statement that some US troops will remain in north-eastern Syria, Russian Defence Ministry spokesman Igor Konashenkov said that the statement did not come as a surprise.

“What Washington does now – the capture and holding under its armed control of oil fields in Eastern Syria is, simply speaking, international state banditism,” he stressed, adding that Syrian oil reserves and other mineral resources belong solely to the Syrian Arab Republic, not to Daesh or to “American protectors from Daesh terrorists”.

He also said that “neither international law, nor the American legislation itself can justify the US troops’ goal to guard Syrian hydrocarbon reserves from Syria itself and its people.”

Russian Deputy Foreign Minister Sergei Ryabkov suggested that the fresh contradictory signals the US has sent regarding Syria may indicate Washington’s desire to maintain conditions that allow for continued pressure on Damascus.

“We are very definitely worried that the signals from the White House may reflect the same attitude: to preserve the conditions for continuing multi-component pressure on the legitimate authorities in Damascus”, he pointed out, adding that “this is the moment we don’t agree and we can’t agree with the United States on the situation.”

He said that Moscow “would not like new complications” on the Syria issue, touting the work that “has been done at the level of the leadership of Russia and Turkey in recent days.”

“The results of the negotiations in Sochi should not tempt anyone to reformat or change something again,” Ryabkov emphasised.

Turkish President Recep Tayyip Erdogan and US Vice President Mike Pence clinched the five-day ceasefire in northern Syria on 17 October to allow for the withdrawal of the Kurdish fighters; it was followed by talks between Erdogan and Russia’s President Vladimir Putin in the Russian Black Sea resort of Sochi and Ankara’s announcement that the ceasefire will be permanent.

Putin and Erdogan agreed that Russian military police and Syrian border guards would facilitate the withdrawal of Kurdish militia from an 18-mile safe zone on the Syria-Turkey border within 150 hours. 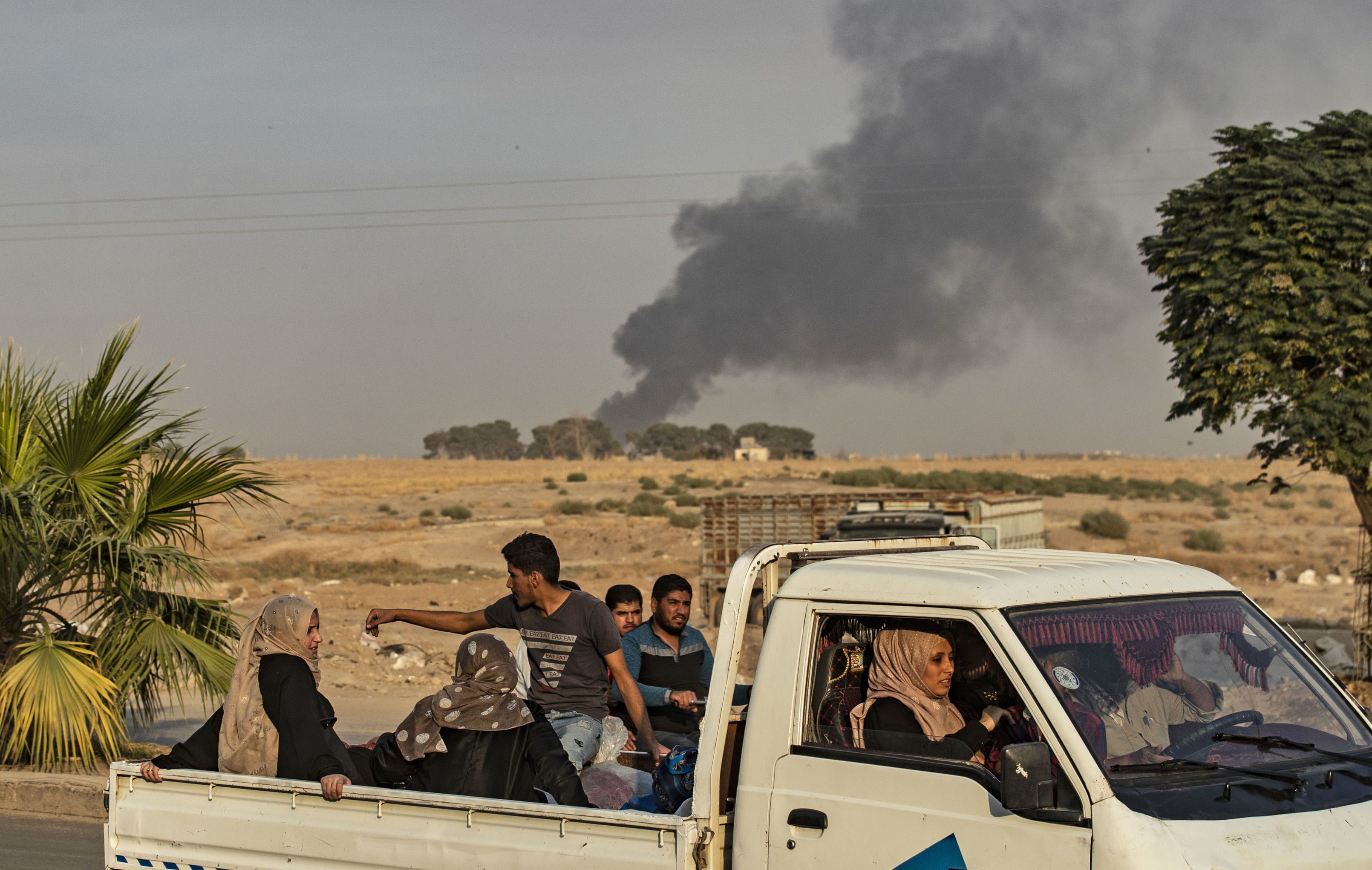 Turkey considers the Kurdish YPG, which comprises the backbone of the Syrian Democratic Forces (SDF), a terrorist organisation, claiming that the SDF is related to the domestic Kurdistan Workers’ Party (PKK).

The Turkish offensive has faced widespread condemnation from across the globe, with Damascus slamming it as a violation of its sovereignty and deploying troops to the northeast of the Arab Republic to help Kurds repel the offensive.

Several countries, including the US, Germany and the UK announced an embargo on weapons exports to Turkey over the move.