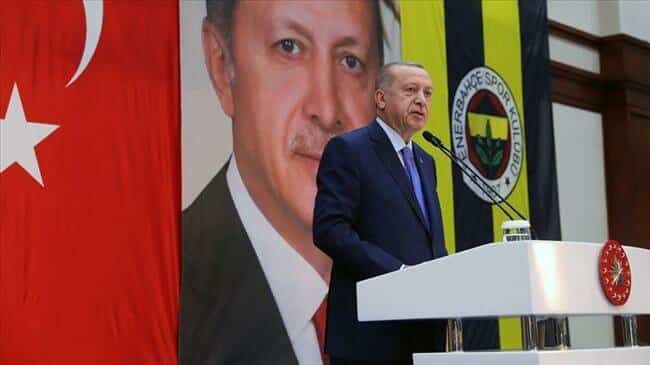 Damascus welcomes the withdrawal of Kurdish armed groups in Syria’s northwestern regions to a depth of 30 kilometers from the Turkish border as part of a Russia-Turkey deal, saying the pullout rids Ankara of the pretext to keep up its acts of aggression against the Arab country.

On Sunday, an official source at Syria’s Ministry of Foreign Affairs and Expatriates said in a statement, carried by Syria’s official news agency SANA, that the withdrawal was carried out “through direct cooperation with the Syrian army.”

“The Syrian Arab Republic affirms that this withdrawal ends the basic pretext of the brutal Turkish aggression on its territories,” said the statement.

The ministry added that Syria belongs to all national groups, and that the Arab country is ready to embrace all of its citizens with open arms.

Damascus, it said, would work on “embracing its citizens and providing the aid for them in a way that would guarantee their integration into the Syrian society again and would open the door for all to return to the Syrian national unity as one land and [one] people.”

The statement came shortly after the Kurdish-led Syrian Democratic Forces (SDF) said it had agreed to move back 30 kilometers from the Turkish border as part of the groundbreaking deal struck last Tuesday between Turkey and Russia in Sochi aimed at ending Ankara’s military offensive against the Kurdish militants in northern Syria.

The deal gave the Kurds a 150-hour deadline for withdrawal, which will expire on Tuesday.

“The SDF is redeploying to new positions away from the Turkish-Syrian border across northeast Syria in accordance with the terms of the agreement in order to stop the bloodshed and to protect the inhabitants of the region from Turkish attacks,” the militant group said in a statement.

The Turkish army launched the offensive on October 9 in an attempt to cleanse Syria’s northern border areas of Kurdish militants from the so-called People’s Protection Units (YPG) — which the SDF’s main component.

Ankara regards the YPG as a terrorist organization tied to the homegrown Kurdistan Workers’ Party (PKK) militant group, which has been seeking an autonomous Kurdish region in Turkey since 1984.

The military operation came after the US abruptly pulled out its forces of the region, clearing the path for Turkey to go ahead with a planned military action against Washington’s longtime Kurdish allies.

Feeling backstabbed by the US, the Kurdish militants — which were until recently operating against the Syrian government — reached out to Damascus in a dramatic shift, agreeing to allow national army forces back into several northern regions under their control to help defend the country’s borders against Turkey’s incursion.

In its Sunday statement, the SDF called on Russia to help ensure “a constructive dialog” between the Kurds and the government of Syrian President Bashar al-Assad.

The statement came a day after Erdogan vowed to “clear” Kurdish “terrorists” from the so-called safe zone single-handedly if they fail to withdraw by the end of the Tuesday deadline.

The Turkish military has previously launched two cross-border incursions in northern Syria, namely the Euphrates Shield in August 2016 and the Olive Branch in January 2018, with the declared aim of eradicating Kurdish militants and Daesh Takfiri terrorists near Turkey’s borders.