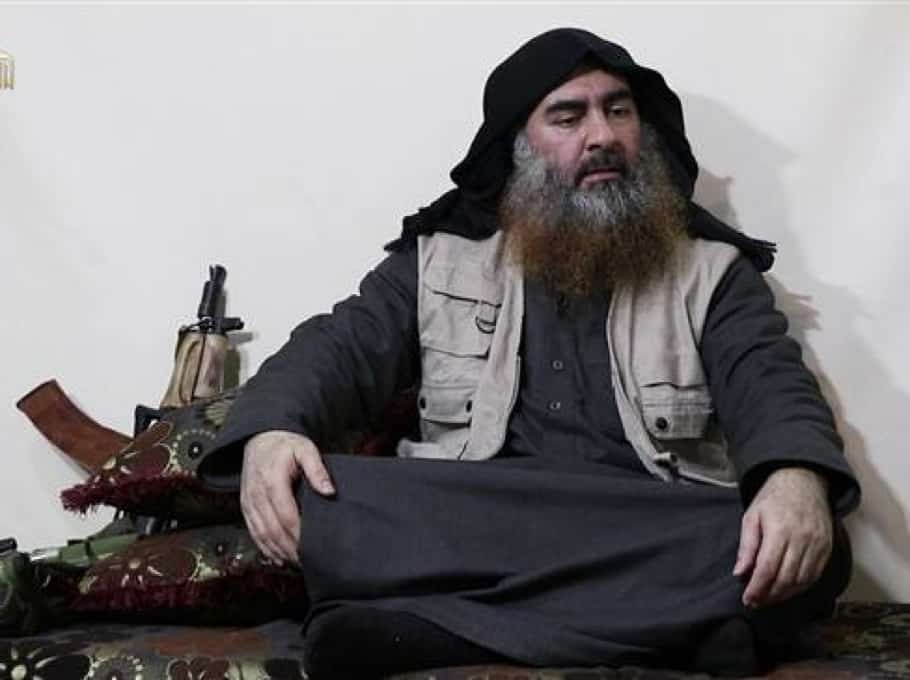 According to a New York Times report [1], the surprising information about the Islamic State chief Abu Bakr al-Baghdadi’s whereabouts came following the arrest and interrogation of one of al-Baghdadi’s wives and a courier in Iraq this past summer.

The report details the chronology of the US Special Ops overnight raid: “Around midnight Sunday morning — 5 p.m. Saturday in Washington — eight American helicopters, primarily CH-47 Chinooks, took off from a military base near Erbil, Iraq. Flying low and fast to avoid detection, the helicopters quickly crossed the Syrian border and then flew all the way across Syria itself — a dangerous 70-minute flight in which the helicopters took sporadic groundfire — to the Barisha area just north of Idlib city, in western Syria.”

Before the publishing of the NY Times report, the Syrian Observatory for Human Rights reported earlier [2] on Sunday that a squadron of eight helicopters accompanied by warplanes belonging to the international coalition, had attacked positions of Hurras al-Din, an al-Qaeda-affiliated group, in Idlib province where the Islamic State chief was believed to be hiding.

Despite detailing the operational minutiae of the Special Ops raid, however, the NY Times deliberately elided over the crucial piece of information that the compound in Barisha village 5 km. from Turkish border where al-Baghdadi was killed belonged to Hurras al-Din, which has previously been targeted several times in the US airstrikes.

Although Hurras al-Din is generally assumed to be an al-Qaeda affiliate, it is in fact regrouping of the Islamic State’s jihadists in northwestern Idlib after the latter terrorist organization was routed from Mosul and Raqqa and was hard pressed by the US-led coalition’s air raids in eastern Syria.

It’s worth pointing out that the distinction between Islamic jihadists and purported “moderate rebels” in Syria is more illusory than real. Before it turned rogue and overran Mosul in Iraq in June 2014, Islamic State used to be an integral part of the Syrian opposition and enjoyed close ideological and operational ties with other militant groups in Syria.

Thus, though practically impossible, even if Washington does eliminate all Islamic State militants from Syria, what would it do with myriads of other militant outfits in Syria, particularly with tens of thousands of al-Nusra Front jihadists, including the transnational terrorists of Hurras al-Din, who have carved out a new sanctuary in Syria’s northwestern Idlib governorate since 2015?

The only practical solution to the conundrum is to withdraw all American troops from Syria and let Damascus establish writ of the state over all of Syria in order to eliminate all militant groups from Syria, including the jihadists of the Islamic State, al-Nusra Front and Hurras al-Din, though the foreign policy hawks in Washington might have objections to strengthening the hands of Iran and Russia in Syria.

Before the evacuation of 1,000 American troops from northern Syria to western Iraq, the Pentagon had 2,000 US forces in Syria. After the drawdown of US troops at Erdogan’s insistence in order for Ankara to mount a ground offensive in northern Syria, the US still has 1,000 troops, mainly in oil-rich, eastern Deir al-Zor province and at al-Tanf military base.

Al-Tanf military base is strategically located in southeastern Syria on the border between Syria, Iraq and Jordan, and it sits on a critically important Damascus-Baghdad highway, which serves as a lifeline for Damascus. Washington has illegally occupied 55-kilometer area around al-Tanf since 2016, and several hundred US Marines have trained several Syrian militant groups there.

Washington’s interest in the Syrian proxy war has been mainly about ensuring Israel’s regional security. The United States Defense Intelligence Agency’s declassified report [3] of 2012 clearly spelled out the imminent rise of a Salafist principality in northeastern Syria – in Raqqa and Deir al-Zor which were occupied by the Islamic State until October 2017 – in the event of an outbreak of a civil war in Syria.

Under pressure from the Zionist lobby in Washington, however, the former Obama administration deliberately suppressed the report and also overlooked the view in general that a proxy war in Syria would give birth to radical Islamic jihadists.

The hawks in Washington were fully aware of the consequences of their actions in Syria, but they kept pursuing the ill-fated policy of nurturing militants in the training camps located in Syria’s border regions with Turkey and Jordan in order to weaken the anti-Zionist Syrian government.

The single biggest threat to Israel’s regional security was posed by the Iranian resistance axis, which is comprised of Tehran, Damascus and their Lebanon-based surrogate, Hezbollah. During the course of 2006 Lebanon War, Hezbollah fired hundreds of rockets into northern Israel and Israel’s defense community realized for the first time the nature of threat that Hezbollah and its patrons posed to Israel’s regional security.

Those were only unguided rockets but it was a wakeup call for Israel’s military strategists that what will happen if Iran passed the guided missile technology to Hezbollah whose area of operations lies very close to the northern borders of Israel. Therefore, the Zionist lobbies in Washington literally coerced then-President Obama to coordinate a proxy war against Damascus and its Lebanon-based surrogate Hezbollah in order to dismantle the Iranian resistance axis against Israel.

Over the years, Israel has not only provided medical aid and material support to militant groups battling Damascus – particularly to various factions of the Free Syria Army (FSA) and al-Qaeda’s Syrian affiliate al-Nusra Front in Daraa and Quneitra bordering the Israel-occupied Golan Heights – but Israel’s air force virtually played the role of air force of Syrian jihadists and conducted hundreds of airstrikes in Syria during the eight-year conflict.

In an interview to New York Times [4] in January, Israel’s outgoing Chief of Staff Lt. General Gadi Eisenkot confessed that the Netanyahu government approved his shift in strategy in January 2017 to step up airstrikes in Syria. Consequently, more than 200 Israeli airstrikes were launched against the Syrian targets in 2017 and 2018, as revealed [5] by the Israeli Intelligence Minister Israel Katz in September last year.

In 2018 alone, Israel’s air force dropped 2,000 bombs in Syria. The purpose of Israeli airstrikes in Syria has been to degrade Iran’s guided missile technology provided to Damascus and Hezbollah, which poses an existential threat to Israel’s regional security. Though after Russia provided S-300 missile system to the Syrian military after a Russian surveillance plane was shot down in Syria on September 18 last year, killing 15 Russians onboard, Israel’s airstrikes in Syria have been significantly reduced.

[1] C.I.A. Got Tip on al-Baghdadi’s Location From Arrest of a Wife and a Courier: