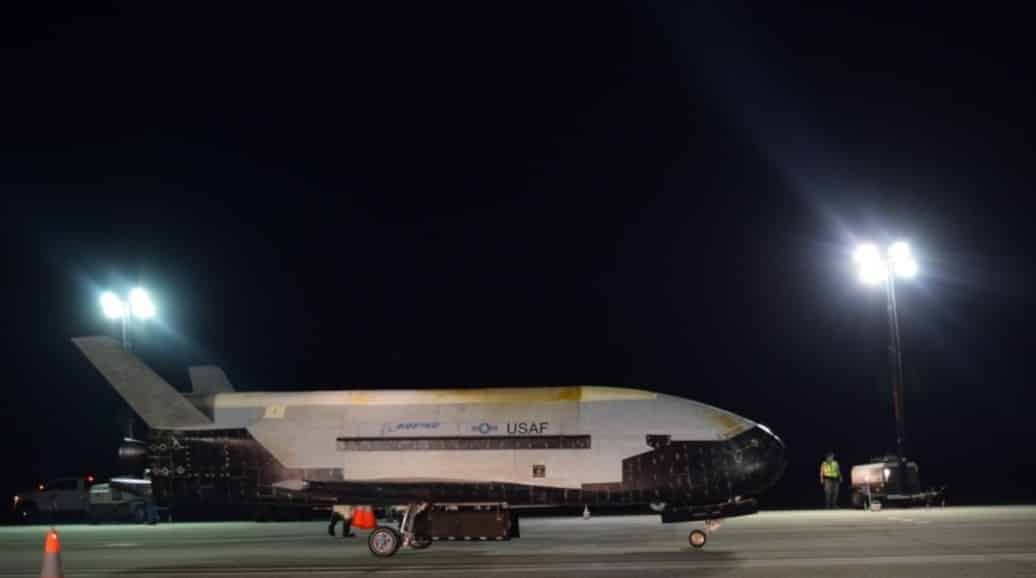 US Force X-37B space plane has touched down at NASA’s Kennedy Space Center almost two years after Falcon 9 rocket launched it, smashing its own record for the longest time in space as its mission remains veiled in secrecy.

The unpiloted plane, that looks akin a miniature space shuttle, came back to Earth on Sunday, wrapping up its 780-day-long stint in orbit. Originally built to spend up to 240 days in space, the top secret aircraft has so far conducted five missions, each spanning longer than the previous one.

ALSO ON RT.COMTop secret US Air Force spaceship breaks own record on mysterious 719-day missionThis time was not an exception, as the X-37B surpassed the previous record, set on May 7 ,2017,  by 62 days.

The mysterious plane, with its exact objectives of its missions being subject to speculation, landed at Shuttle Landing Facility of NASA’s Kennedy Space Center in Cape Canaveral, Florida, at 0751 GMT, the Air Force said in a statement.

“The sky is no longer the limit for the Air Force and, if Congress approves, the U.S. Space Force,” Air Force Chief of Staff Gen. David L. Goldfein said, celebrating another milestone in the clandestine project’s development.

The project initially began as a NASA  study into the development of cost-savvy reusable space shuttles, but has since has expanded significantly, turning into a top-secret military project.

There have been rumors that the mission might evolve around helping the Air Force to design some sort of  futuristic reconnaissance technology such as micro spy satellites able to “vanish” in the  blink of an eye.

ALSO ON RT.COMSpaceX mystery: What is the US govt sending into orbit? (POLL)The Air Force’s statement, although not giving much detail as to the nature of the many experiments the X-37B had performed, only fueled those speculation.

“The distinctive ability to test new systems in space and return them to Earth is unique to the X-37B program and enables the U.S. to more efficiently and effectively develop space capabilities necessary to maintain superiority in the space domain.”

This becomes the first time the US government opted for a Elon Musk’s SpaceX rocket to propel the “space plane” into orbit. The launch took place on Sept. 7, 2017 at the Cape Canaveral Air Force Station, Florida. The sixth mission is set to be launched already next year.