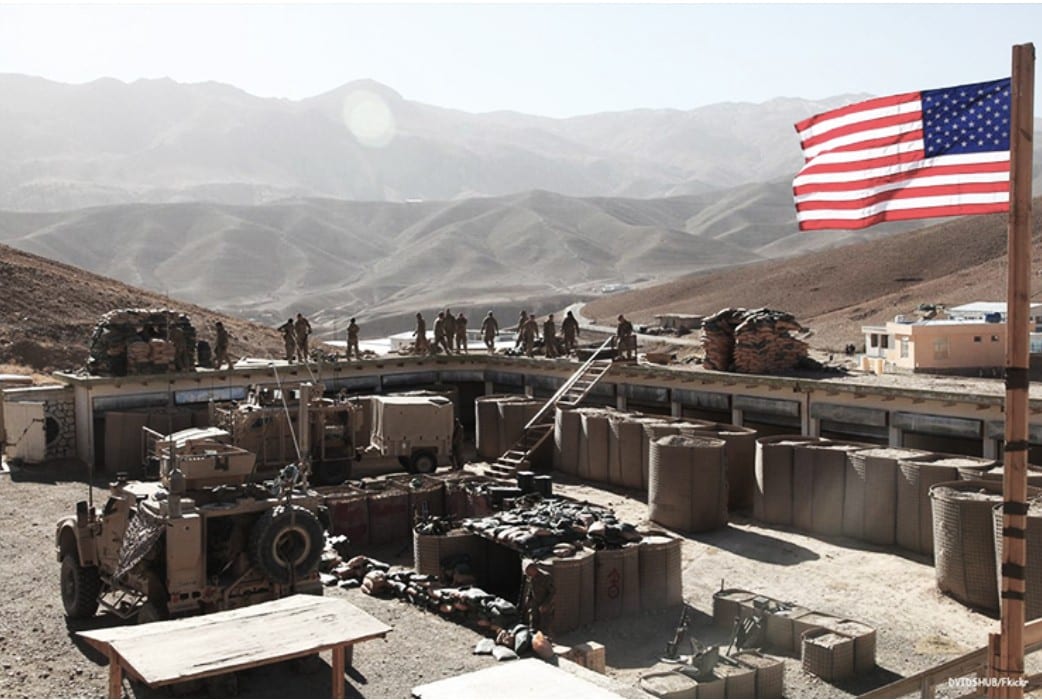 When the US “withdrew” from Syria, Donald Trump announced that he had secured Syria’s oil from ISIS and was protecting it. Further announcements indicated the US was leaving 500 troops there and would be moving in heavy armor, this being done well outside the purview of agreements with Russia and certainly in violation of Syria’s sovereignty.

It was also announced that up to 400 private military contractors would be stationed there as well. When Trump announced that, at no time, though this region was, we were all told, cleared of ISIS by the US and its Kurdish allies, had the US ever operated in or near that region. That was a barefaced lie, one of thousands Trump has made but unique in ways.

You see, the US had been accused, over and over, of protecting ISIS bases in the region. Not just that, the US repeatedly used its “coalition” air power to attack not just Syrian but Russian forces that attempted to attack ISIS units in and around the region.

Intelligence commanders, both Russian and Syrian, that I have spoken to confirmed that US bases in and around Syria’s oil fields coexisted with nearby ISIS formations, and that there was a wealth of evidence that the US and ISIS had cooperated closely.

Then of course, we have the stories, mostly from Iraq, that that US had regularly ferried and resupplied ISIS units but those stories came without video and could be discounted.

Behind it all, we have the very long history of oil theft in the region but first we are going to touch on recent statements made by President Assad who asserted that Turkey, under Erdogan, had stolen billions in Syrian assets, entire factories, oil, wheat, antiquities, and more.

I had gone over existing lists with Dr. Najm, then Minister of Justice, now a law professor in Damascus and columnist for Veterans Today.

We had discovered a network of fake NGO’s in Turkey and Lebanon, some run by the US, some by Britain, that moved freely in and out of Damascus under protection, and then into wider areas, and across lines into al Qaeda and ISIS territory.

From there, they gathered information on assets and arranged for their transit to Europe, Israel and the US for auction, for art and antiquities, or for the enrichment of the politically powerful.

Then of course we have the issue of oil. When Russian aerospace forces discovered that the US had been not just ignoring but protecting up to 20,000 oil trucks that had been looting the oil fields of Northern Iraq and Eastern Syria, we saw a continuation of US policy dating back to 2004.

At that time, VT editor Alex Powers was overseeing Iraq’s oil production on behalf of occupation commander Paul Bremmer. I had known Alex for some time as we had worked on “projects” at the Pentagon.

When I talked to him last week, going over this history and recent events, he reminded me that there was a private deal with Bush officials, many loyal to Israel, to share in the profits of oil stolen from Iraq and shipped out by pipeline.

The Iraqi oil was identified and shipped as though it were from Azerbaijan. The methodology for this is to use what is called a “pig,” a moving electronic float that separates different oil shipments inside the same pipeline.

I also talked to VT bureau chief Jeffrey Silverman who tells me the same thing is still going on, covering billions in stolen oil from Iraq, while that was still possible until Russia stopped it, but it continues from Syria to this day, using “pigs” and done under cover of Azerbaijani companies working with British Petroleum and Exxon.

Then Trump’s statement came to mind, about “securing the oil.” Our sources tell us that US companies have been operating inside Syria all along, partnered with ISIS, transiting oil into Turkey, into the pipelines, and “pigged out” of Turkey identified as Caspian oil from the Baku oil fields.

One might well construe from this that the al Qaeda and ISIS operations inside both Iraq and Syria were an American military occupation, driven by criminality. The proof is overwhelming.

Worse still, Trump just openly admitted it, and, thus far, nothing can easily be done about it unless Syria chooses to militarily confront the US.

Trump has two reasons to do what he did. One accusation is that he is personally profiting from the theft of oil and other commodities, such as wheat, while the people of Syria are sanctioned into starvation.

It is obvious he is “securing” the oil fields from Syrian forces that were only miles away, securing them for the ISIS-Washington partnership that has enriched a select group of criminals for years.

This, of course, has put Russia in a difficult position. This criminally insane violation of Syrian sovereignty based on absurd lies and virtual admissions that America has been operating since 2001 as a “criminal state” in Iraq and Afghanistan but just there?

How much oil has been stolen from Libya? When looking for a pattern, turning to Afghanistan is required. When the US entered Afghanistan, opium production there was nearly eradicated.

Within 5 years, Afghanistan, under the US, in efforts funded by USAID, was now producing 95% of the world’s opium. Three years later, Afghanistan was producing processed opium with reports of processing centers being built in Helmand Province, equipment and needed chemicals brought into Afghanistan through Karachi, Pakistan.

I looked at reports of this during interviews with General Pasha, then Director General of Pakistan’s ISI when I met with him in 2011.

Their sources in Afghanistan, and they are considerable of course, not only traced exports by air, and only the US had air capability in Afghanistan, to Western Europe and, assumedly, to the United States but also, by truck into Tajikistan and north, as part of a CIA program to move as much heroin as possible into Russia.

We have identified the perpetrators. We can prove the crimes. What we don’t have is adequate authority to enforce international law against a criminal conspiracy that controls the most powerful military in the world.