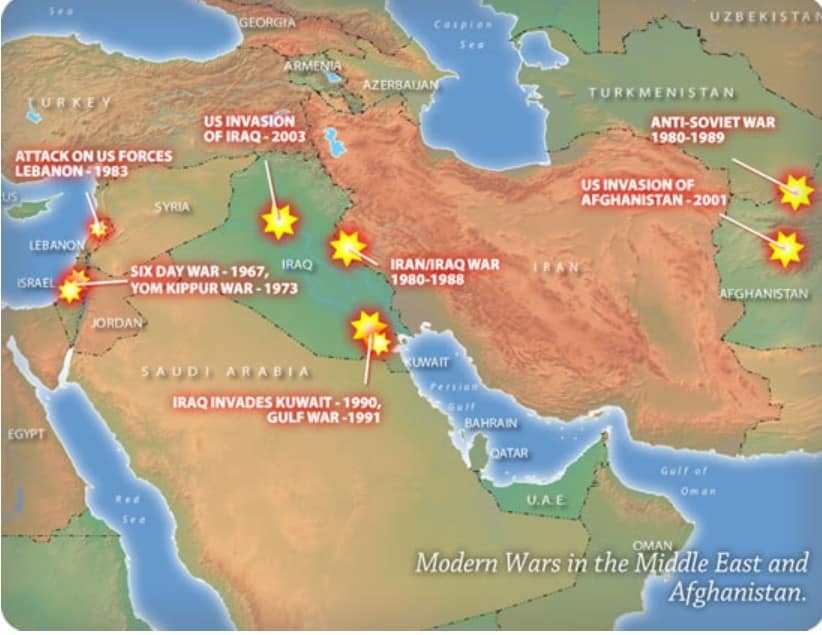 During the past decade, the pace of international events in West, South and Central Asia has been hectic. Like oscillating molecular clusters in water, constantly bonding and un-bonding, discerning who is who, and with who, keeps changing at random. This strategic flux started from the Middle East where USA, Israel, and Saudi Arabia took joint responsibility for bringing democracy to Syria. ISIS was formed and operated with impunity. After millions of casualties and colossal human tragedy, the conflagration can only become a jungle fire. The region could soon slip into its deepest crises.

One major reason for my argument is the inconsistency of US policy and the tweet diplomacy. Abandoning unfinished agendas and embarking on contentious new initiatives later to be abandoned has made USA a very unreliable ally in Asia and its fringes. The musical chair of advisors and secretaries coming and going does not help either. Micro management, executive interference and idiosyncrasies have created ‘hell of confusion’.

After President Obama’s lukewarm visit to Saudi Arabia, President Trump reset the template in ME. Rapprochement with Iran came to an end and put under sanctions.

Sissi became a darling and Saudi Arabia and UAE got tangibly closer to Israel and India. Sissi is already paying for his love for IMF.

Turkey that had shot down a Russian aircraft got closer to Russia to the extent of even opting for S 400 Air Defence System. It is now in sync with some Putin policies in the region. President Trump as swiftly removed sanctions on Turkey as he imposed. USA is very concerned about its bases in Turkey that also stock nuclear weapons. Meanwhile, Russians are moving in. Russia’s distancing from Baghdadi’s killing is a case in point.

The UAE-KSA imposed war in Yemen and sanctions against Qatar confused the situation. Recent drone attacks on Saudi oil facilities from the direction of Iraq opened a new front compelling some critics to comment that Israel after dumping ISIS could be tacitly supporting Iran. This runs panic in UAE-KSA nexus. UAE has already eased restrictions on Iran. Iran is ready to send its envoy to Riyadh. Meanwhile President Putin offered to enhance Saudi security.

There was also a spring in Ukraine; since reversed by its Actor President Volodymyr Oleksandrovych Zelensky supported by his experienced Prime Minister.

When this Rubicon was crossed, Russia reacted by annexing Crimea. Hence there was also a likelihood that in future USA had to inevitably confront a growing standoff with Russia. It altered relations in the unstable triangle of Middle East, Crimea and Afghanistan. Michael Hirsh commented that the effects will encompass a much larger map than Eastern Europe, inviting Russian recalcitrance in crisis zones as far afield as East Asia, Iran, Syria, and Afghanistan. I summed up the beginning of this new Cold War in an article. (Nation: The Devil’s Triangle 22 March 2014). The foundations of this map have already emerged. Strategic Geography is reshaping as consequence of Strategic Tremors USA creates.

As the situation develops and evolves, USA and its allies are certainly not the beneficiaries. Egypt is melting, Yemen boisterous, Iraq unstable, Syria stronger. In contrast Saudi Arabia and UAE feel most vulnerable than ever. Exorbitantly expensive US, French and British defence systems failed against drone attacks. Saudi Forces in Najran were humiliated by Yemen.

The containment ring placed around Eurasia by the West is perforating and asserting itself by challenging USA. In US strategic calculus, these assertions could be merely diversionary. But once such strategic defiance starts linking with Russian technologies, intelligence inputs and equipment, it indicates that US is fast losing ground it had crafted since Yalta Conference.

Concurrently, Chinese ambitious economic pincers are creeping into these strategic spaces. Though FAFT could be a belated correction course for the truncated Breton Woods, it is also indicative that EU is moving towards its own economic sovereignty. The economic world order is becoming transactional.

Turkey, Iran and Pakistan enjoy far more leverages. The new world order seems coming to an end. While China continues to creep with its soft economic power, the biggest beneficiary is Russia. Given the American inconsistencies, the world is moving to become a multi layered cake with no single dominant military or economic power. Geo-strategy from the vantage point of transatlantic tacticians is nearing its end.

Despite the contradiction that KSA-UAE were more allied with Pakistan’s arch rival India, Pakistani rulers from 2008 to 2018 played safe by keeping their priorities allied with USA and KSA. In backdrop of Saudi vulnerabilities, there may be a rethink. With uni-focal reliance of US security umbrella, Saudis do not have other choices.

Pakistan’s ‘Dove Syndrome’ ended when Imran Khan became the Prime Minister in 2018. To deny Pakistan any respite for national reconstruction the economic screws were tightened and India went hot in occupied Kashmir. Like Crimea, India challenged Pakistan at Balakot and a confrontation template was set.

It was therefore not without reason that in pursuit of the full spectrum dominance, President Trump belittled Pakistan and warmed up to India. A plan was evolved to double-envelope Pakistan while keeping its economy on a ventilator.

The Modi-Trump images from Houston sent a very blunt and sinister message than what the US establishment may have intended. Now Pakistan and India are on a confrontational course. This Joint Indo-US faux pas brought Pakistan and Iran closest since 1977. What happens when Russia and China become more assertive?

The Indo-US alliance has had the similar effect (Crimea and Syria) around Pakistan and Afghanistan. Having been a trusted ally during the Cold War and the humiliation and agony suffered thereafter, Pakistan will not fall in the same trap twice. After such blunders, how can USA belatedly ponder to reset relations with Pakistan?

In Afghanistan, the peace talks were a question of a ceremony. President Trump tweeted the Dead Talks. The not very convincing reason was that Taliban had killed 12 people including a US Sargent on duty. But the statement from secretary of state Mike Pompeo was contradictory. “We have, in just the last 10 days alone, killed over 1,000 Taliban. We have been fighting and talking in a way that America often doesn’t do.” He was referring to President Trump’s ‘lose cannon’ that war in Afghanistan can be ended in a fortnight. The damage now is irreparable.

To remind, Russian occupation of Crimea was a catalyst that is impacting the drift of international relations and security in the 21st Century. Whereas 9/11 gave a time jump for pursuance of US policies in the world, Crimea is a historic event that rolls back the events in the context of conventional strategic balance and opens doors for multi polarity. Coupled with the drifts in Brexit, Eastern Europe, West and South Asia, and Afghanistan, strategic spaces have opened that are being exploited by Russia, Turkey, Iran and even Pakistan. China with its economic miracle and soft power is not far behind.

Belatedly, a green signal was sent to Iran through Prime Minister of Pakistan. After the ‘Dead Talks’, Pakistan was already pushing for peace in Afghanistan through the four party talks in Moscow. Russia had to be factorised in this diplomacy.

Is USA actually thinning out from Afghanistan without a Peace Objective or just removing 4,000 additional combatants it inducted to scare Afghan Taliban?

Since USA claims that ISIS has been obliterated from Middle East, where have all the terrorists gone? Where is the body count? The lurking suspicion remains that the emerging ISIS redoubt of 2014 has been reinforced to counter the Afghan Taliban in the next phase of instability in Afghanistan.  This in turn will destabilise Pakistan.

Unlike Turkey and Iran, Pakistan’s internal situation is slippery. The pressure of IMF and FAFT makes decision making conditional. The stability is precariously balanced. Despite proximity to a tipping point, space exists to reverse the rot. The political opposition stained in corruption wishes it gets worse.

Pakistan is coming out of the woods sooner than expected. Inward foreign remittances are on the rise. Pakistan has jumped 24 places in ease of business. The financial gaps are shrinking. The impending march by JUI (bankrolled by unknown sources) is a pressure tactic to accrue reprieve for the corrupt and act as the last straw on the camel’s back. But Pakistan has an inherent potential to ward off such crises.

USA with a temperamental Presidency, India with an RSS hardliner and Arab Kingdoms make the region unstable.

The consequences of idiosyncratic nature of leadership are unpredictable. The punishments and rewards are there for grabs by others. Is it this quest that makes the Devil’s Triangle a very dangerous place?