[ Editor’s Note: Lindsey Graham is telling us below that by stealing the Syrian people’s oil, the SDF will get more money and the US can “modernize” the oil fields. Gosh, that sounds a bit like interfering in another country’s internal affairs.

Dear Lindsay, I thought Mr. Trump said recently, about the US pull out from Syria, that the SDF had cost the US a ton of money, but the Russians tell us it was the US that has been stealing from Syria’s old fields.

Was the US keeping the money, AND paying the SDF?  I am confused. And, could you ask the Inspector General to look into this please, as I am sure you really want to get to the bottom of this like we do at VT?

Bruce Riedel at Brookings calls it a “dubious legal move”, however, there is nothing dubious about it. The Pentagon knows it is illegal, so that is why it invented the ISIS threat as a thin veil to justify the abusive act of using US military people to steal oil from a United Nations member country. Our sources tell us this is not an unusual thing, with the stolen money going into a lot of pockets.

Meanwhile, back at the White House, Trump thinks Exxon should go in, take over the fields, and “spread out the wealth”. Isn’t that special. I didn’t know that Exxon owned those oil fields. We should have been told earlier. Did Syria steal them from Exxon?

Speaking of the United Nations, “Hello”, is anyone home at the UN?” Please have someone  from your “stealing natural resources from another member country” department call me and give me a briefing on what the normal UN response to something like this would be. Inquiring minds would like to know… Jim W. Dean ] 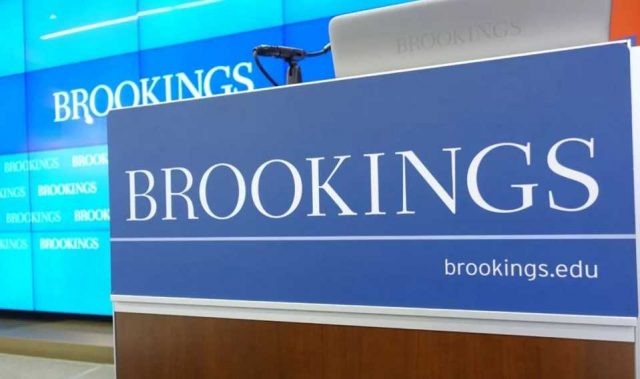 Legal and energy experts have censured US plans to tap Syrian oil fields, with a senior fellow at Brookings Institution saying it shows the world that Washington wants to “steal the oil.”

Speaking at a press conference on Sunday, President Donald Trump said he intended to “make a deal with an ExxonMobil or one of our great companies to go in there and do it properly … and spread out the wealth.”

Bruce Riedel, a former national security adviser and now senior fellow at Brookings Institution, said the plan “is not only a dubious legal move, it sends a message to the whole region and the world that America wants to steal the oil.”

Trump’s decision comes while Damascus is in great need of its oil resources amid crippling unilateral Western sanctions, which were imposed after foreign-backed militancy began in the country in 2011.

The Pentagon announced on Thursday that the United States would deploy troops to “protect oil fields” in northeast Syria with the help of SDF Kurdish militants.

The Pentagon has said the US was reinforcing its position in northeast Syria “with additional military assets to prevent those oil fields from falling back into the hands of ISIS (Daesh) or other destabilizing actors.”

US officials have not explained how the largely defeated and almost non-existent Daesh terrorist group could regain control of the region’s oil, or what was meant by “other destabilizing actors.”

Russia, citing satellite imagery, said last week that the US had been smuggling Syrian oil to other countries under the protection of its troops before and after the defeat of Daesh in the region.

Jeff Colgan, an associate professor of political science and international studies at Brown University, decried as “immoral and possibly illegal” the idea that the US would “keep the oil” in the hands of ExxonMobil or other US companies. Colgan also noted that US firms would face “a host of practical challenges” to operate in Syria.

Laurie Blank, an Emory Law School professor and director of its Center for International and Comparative Law, said “international law seeks to protect against exactly this sort of exploitation.”

Russia says the US plan to deploy forces into Syria in order to allegedly protect the country’s oil fields amounts to “banditry” and exposes Washington’s intentions to take over Syrian oil.

Before the war, Syria produced about 380,000 barrels of oil per day. Its oil production is estimated to have declined to just 40,000 barrels per day, according an International Monetary Fund working paper in 2016.

President Trump has identified Syria’s oil as a US national security priority. “The oil is so valuable, for many reasons,” he said on Sunday.

“It fueled ISIS, number one. Number two, it helps the Kurds – because it’s basically been taken away from the Kurds… And, number three, it can help us, because we should be able to take some also,” he added.

US Senator Lindsey Graham supported Trump’s focus on Syrian oil, when a reporter asked by what “legal right in international law” the US could take Syrian oil.

“This is a win-win,” Graham said. “The SDF will get more money if we can modernize the oil fields,” he added.