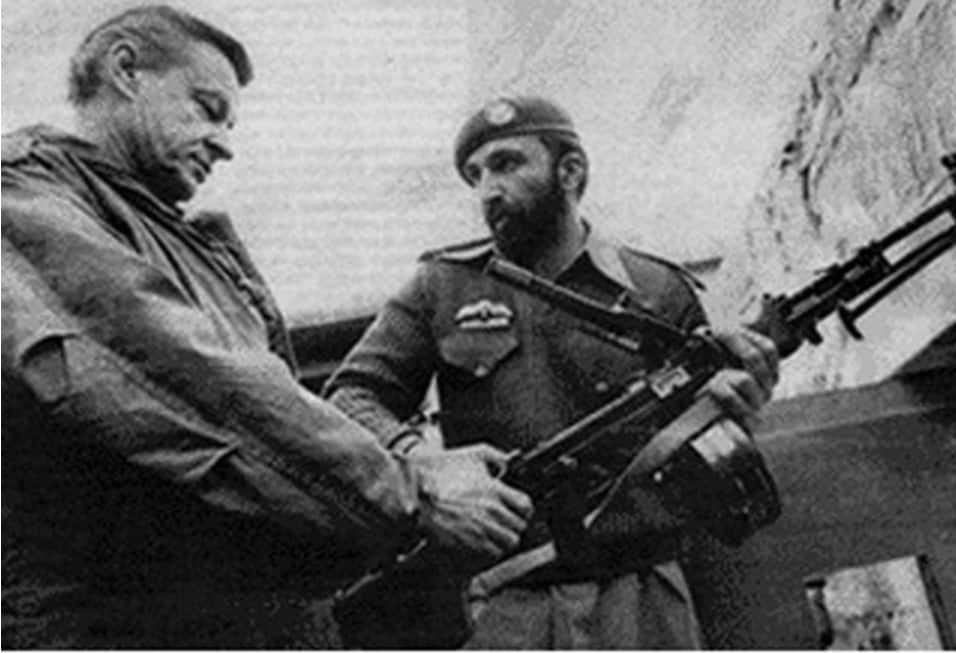 Although President Trump claimed in his address to the American public after the killing of al-Baghdadi that he was a “bigger terrorist” than Osama bin Laden, fact of the matter is the Islamic State’s self-styled caliph was simply a nobody compared to Bin Laden.

As a Saudi citizen and belonging to the powerful Saudi-Yemeni clan of Bin Ladens, which has business interests all over the Middle East, Osama bin Laden was almost a royalty. He had so much clout even in the governments of Middle Eastern countries that he was treated like a “royal guest” by Pakistan’s military at the behest of the Saudi royal family for five years from 2006 right up to his death in 2011.

By comparison, even though he assumed the nom de guerre Abu Bakr al-Baghdadi, in fact Ibrahim Awad was simply a rural cleric in a mosque in Iraq’s Samarra before he assumed the title of the caliph of the Islamic State. As far as the impact of al-Baghdadi’s death is concerned, the real strength of the Islamic State lies in its professionally organized and decentralized Baathist command structure and superior weaponry provided to Syrian militants by the Western powers and the Gulf states during Syria’s proxy war.

Therefore, as far as the Islamic State militancy in Syria and Iraq is concerned, al-Baghdadi’s death will have no effect because he was simply a figurehead, though the Islamic State affiliates in the Middle East, North Africa and Af-Pak regions might be tempted to repudiate their nominal allegiance to the self-proclaimed caliph of the Islamic State.

By contrast, the death of Osama bin Laden in 2011 had such an impact on the global terrorist movement that his successor Ayman al-Zawahiri, an Egyptian cleric lacking the resources, charisma and lineage of his predecessor, couldn’t even mediate a leadership dispute between al-Baghdadi and al-Nusra Front’s leader al-Jolani.

Abu Mohammad al-Jolani, the chief of al-Nusra Front, emerged as one of the most influential militant leaders during the eight-year proxy war in Syria. In fact, since the beginning of the Syrian conflict in August 2011 to April 2013, the Islamic State and al-Nusra Front were a single organization that chose the banner of al-Nusra Front.

In August 2011, Abu Bakr al-Baghdadi, who was based in Iraq, began sending Syrian and Iraqi jihadists experienced in guerrilla warfare across the border into Syria to establish an organization inside the country. Led by a Syrian known as Abu Mohammad al-Jolani, the group began to recruit fighters and establish cells throughout the country. On 23 January 2012, the group announced its formation as Jabhat al-Nusra.

In April 2013, Abu Bakr al-Baghdadi released an audio statement in which he announced that al-Nusra Front had been established, financed and supported by the Islamic State of Iraq. Al-Baghdadi declared that the two groups were merging under the name the Islamic State of Iraq and Syria (ISIS). The leader of al-Nusra Front, Abu Muhammad al-Jolani, issued a statement denying the merger and complaining that neither he nor anyone else in al-Nusra’s leadership had been consulted about it.

Al-Qaeda Central’s leader, Ayman al Zawahiri, tried to mediate the dispute between al-Baghdadi and al-Jolani but eventually, in October 2013, he endorsed al-Nusra Front as the official franchise of al-Qaeda Central in Syria. Abu Bakr al-Baghdadi, however, defied the nominal authority of al-Qaeda Central and declared himself as the caliph of the Islamic State of Iraq and Syria.

Excluding al-Baghdadi and a handful of his hardline Islamist aides, the rest of Islamic State’s top leadership was comprised of Saddam-era military and intelligence officials. According to a Washington Post report [2], hundreds of ex-Baathists constituted the top and mid-tier command structure of the Islamic State who planned all the operations and directed its military strategy.

According to Hersh, the initial, tentative plan of the Obama administration regarding the disclosure of the execution of Bin Laden to the press was that he had been killed in a drone strike in the Hindu Kush Mountains on the Afghan side of the border. But the operation didn’t go as planned because a Black Hawk helicopter crashed in Bin Laden’s Abbottabad compound and the whole town now knew that an operation is underway and several social media users based in Abbottabad live-tweeted the whole incident on Twitter.

Therefore, the initial plan was abandoned and the Obama administration had to go public within hours of the operation with a hurriedly cooked-up story. This fact explains so many contradictions and discrepancies in the official account of the story, the biggest being that the United States Navy Seals conducted a raid deep inside Pakistan’s territory on a garrison town without the permission of Pakistani authorities.

According to a May 2015 AFP report [4], Pakistan’s military sources had confirmed Hersh’s account that there was a Pakistani defector who had met several times with Jonathan Bank, the CIA’s then-station chief in Islamabad, as a consequence of which Pakistan’s intelligence disclosed Bank’s name to local newspapers and he had to leave Pakistan in a hurry in December 2010 because his cover was blown.

According to the inside sources of Pakistan’s military, after the 9/11 terror attack, the Saudi royal family had asked Pakistan’s military authorities as a favor to keep Bin Laden under protective custody, because he was a scion of a powerful Saudi-Yemeni Bin Laden family and it was simply inconceivable for the Saudis to hand him over to the US. That’s why he was found hiding in a spacious compound right next to Pakistan Military Academy in Abbottabad.

But once the Pakistani walk-in colonel, as stated in Seymour Hersh’s book and corroborated by the aforementioned AFP report, told then-CIA station chief in Islamabad, Jonathan Bank, that a high-value al-Qaeda leader had been hiding in a safe house in Abbottabad under the protective custody of Pakistan’s military intelligence, and after that when the CIA obtained further proof in the form of Bin Laden’s DNA through the fake vaccination program conducted by Dr. Shakil Afridi, then it was no longer possible for Pakistan’s military authorities to deny the whereabouts of Bin Laden.

In his book, Seymour Hersh has already postulated various theories that why it was not possible for Pakistan’s military authorities to simply hand Bin Laden over to the US, one being that the Americans wanted to catch Bin Laden themselves in order to gain maximum political mileage for then-President Obama’s presidential campaign slated for November 2012.

Here, let me only add that in May 2011, Pakistan had a pro-American People’s Party government in power. And since Ashfaq Pervez Kayani, Pakistan’s military’s then army chief, and the former head of Inter-Services Intelligence (ISI), Shuja Pasha, were complicit in harboring Bin Laden, thus it cannot be ruled out that Pakistan’s military authorities might still had strong objections to the US Navy Seals conducting a raid deep inside Pakistan’s territory on a garrison town.

But Pakistan’s civilian administration under then-President Asif Ali Zardari persuaded the military authorities to order the Pakistan Air Force and air defense systems to stand down during the operation. Pakistan’s then-ambassador to the US Hussain Haqqani’s role in this saga ruffled the feathers of Pakistan’s military’s top brass to the extent that Husain Haqqani was later implicated in a criminal case regarding his memo to Admiral Mike Mullen and eventually Ambassador Haqqani had to resign in November 2011, just six months after the Operation Neptune Spear.

[1] Al-Jolani was appointed as the emir of al-Nusra Front by al-Baghdadi: