[ Editor’s Note: This has been a scandal going on all over the world — the scamming and looting of veterans charities, as they are an easy touch to use to raise money with non-existent oversight.

The fault is widely spread. You only have to scratch the surface to find that a lot of it is politically inspired — authorities are involved enough to make sure the ongoing scam is not looked at carefully, and nothing is done about the charade.

The veterans community bears a lot of blame too, for being easily intimidated through fear that allegations of misuse of veteran monies would “hurt” veterans causes. The pitch is closed with, “Do you want to be responsible for that?”

I saw this happen years ago, when the USS Liberty vets had good momentum getting a resolution to open a new investigation into the coverup and abuse done by the first investigation, with involvement by one of the major vet groups. At the last moment, the new investigation was killed, using a standard political ploy.

One of the top goals of the big vet groups is to get more Congressional funding for vet programs every session. “Fixers” who wanted kill the USS Liberty support resolution simply trotted out the line, “What happened to the USS Liberty was terrible, but they all have had 100% disabilities for it, and we cannot undo what happened. If we proceed with this resolution, it will endanger the funding we are close to getting that can help needy vets now. Do you want to risk nixing future funding?”

Was this huge pool of Libor money funneled into some organizations that certain people controlled, so that they could quietly and covertly use it for things that benefited them personally and politically? You can bet on it.

Hurrah for PressTV for even picking this story up, as we would probably never hear of it. Hopefully this international exposure will start a real investigation… Jim W. Dean ] 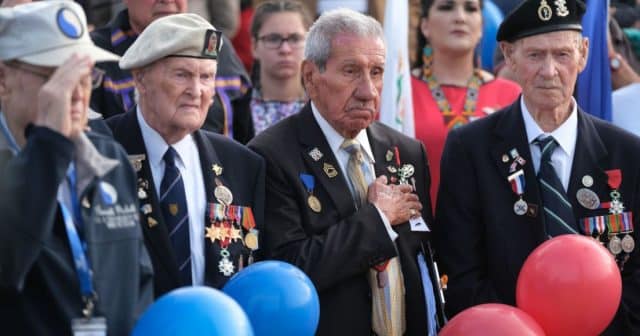 Britain’s ten biggest military charities have combined assets of £1.4 billion and reserves amounting to £275 million, according to The Times newspaper.

The Times analysis has revealed that the UK’s 1,500 armed forces charities together hold in excess of £3.1 billion in savings. That has prompted concerns that the charities may be “hoarding cash” even as British military veterans struggle to make ends meet.

The i newspaper reported on September 16, 2018,  that more than 60,000 “armed forces veterans” in Britain have “broken the law”, are “homeless” or are suffering “mental health” problems.

The figures were compiled by the Welsh nationalist party, Plaid Cymru, which relied on parliamentary questions, academic research and military charities to collate the information. The party’s justice spokeswoman, Liz Saville Roberts, claimed that the actual figures were likely to be “far higher”.

In a series of tweets yesterday, The Times defence correspondent, Lucy Fisher, provided fresh insights into the scale of the problem. Citing Ministry of Defence estimates, Fisher says there were 2.5 million military veterans in the UK in 2016, with half of them aged over 75.

Fisher reveals that nine of the top ten military charities have received grants, ranging from £360,000 to £3 million, from fines imposed on banks in the wake of the Libor-rigging scandal.

According to Fisher, Libor levies raised £970 million, most of which was supplied to military causes and the emergency services after 2012. It is not clear how much of this money (if any) has been spent on veterans’ welfare.