Even if you didn’t buy a copy of Protect and Survive in 1980, you may still be familiar with the UK government’s official guide to surviving nuclear war. The British public’s reaction, when they learned that their government had been making preparations for a nuclear conflict for almost three decades, was both immediate and very British: they made fun of it. 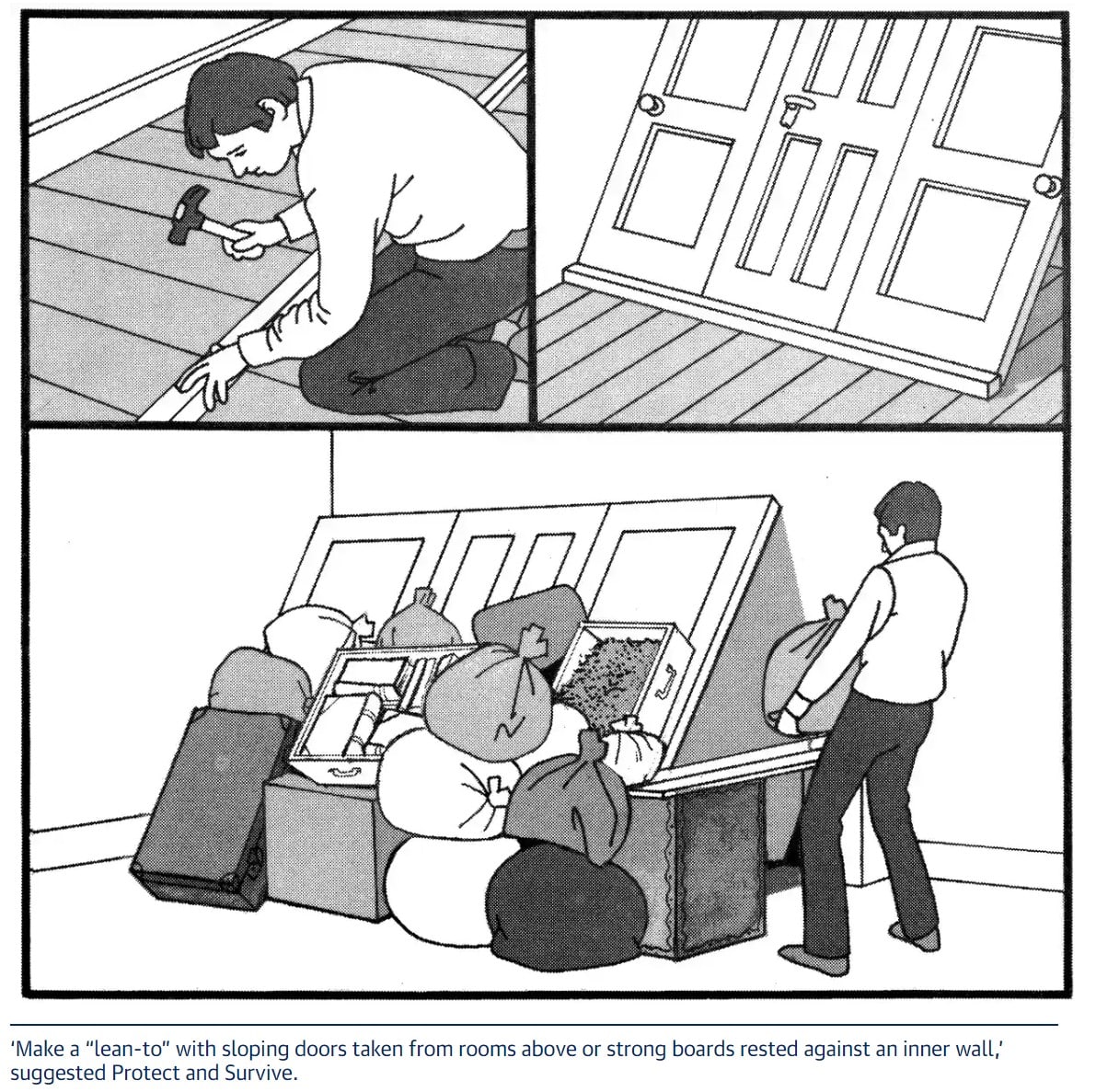 The 32-page booklet, which contained instructions for civilians on how to best prepare their homes – the contents for a good “survival kit”, how to build a toilet from a chair and a bucket, and what to do with your loved ones when they died – was a unique combination of sinister and silly; societal collapse and radiation poisoning don’t really suit the bland language of bureaucrats. 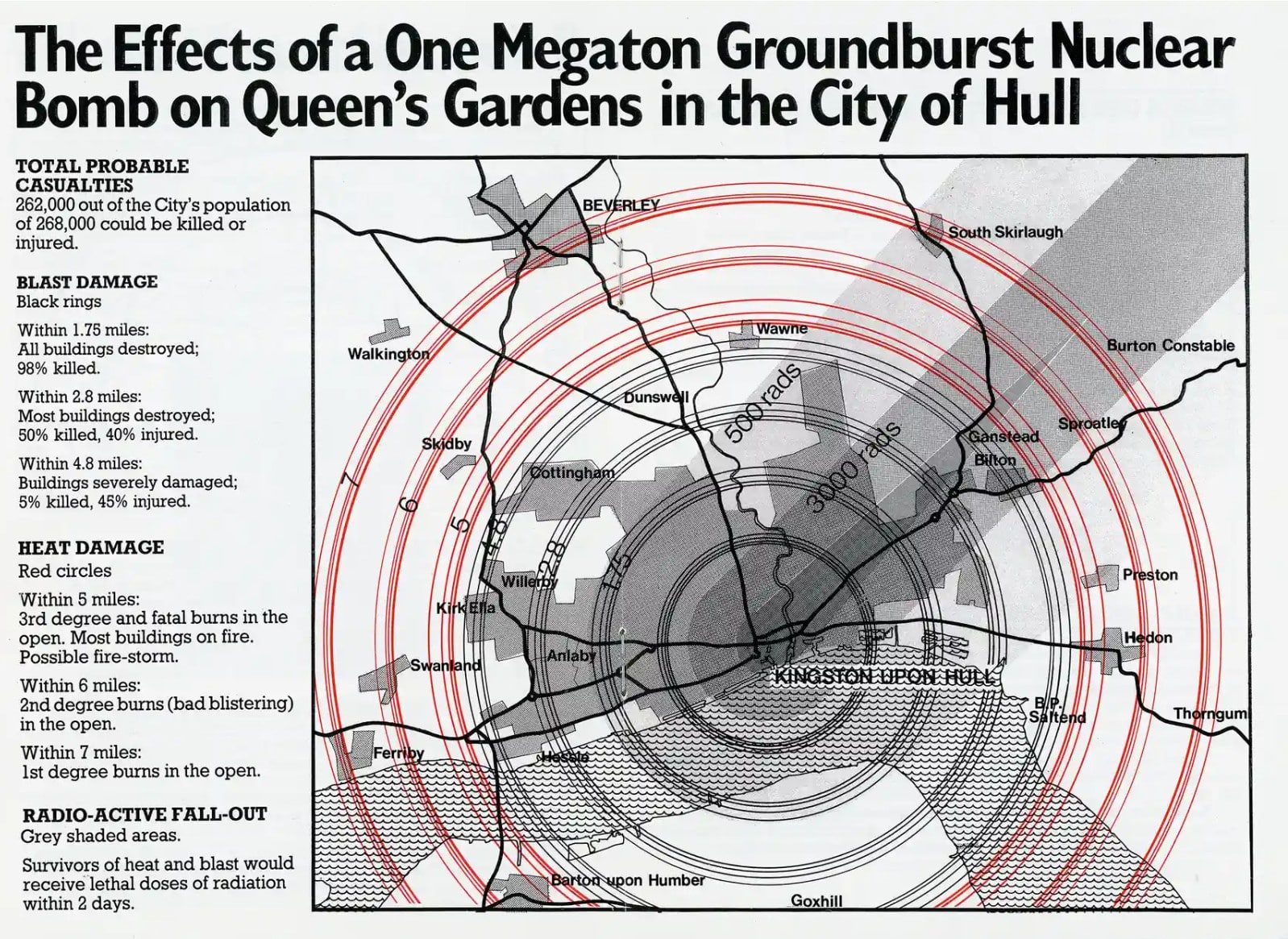 Previously only distributed to journalists and emergency planners, it had remained a badly kept secret until 1980, when The Times ran a campaign challenging Britain’s preparedness should the cold war turn hot. Finally, the government published it. 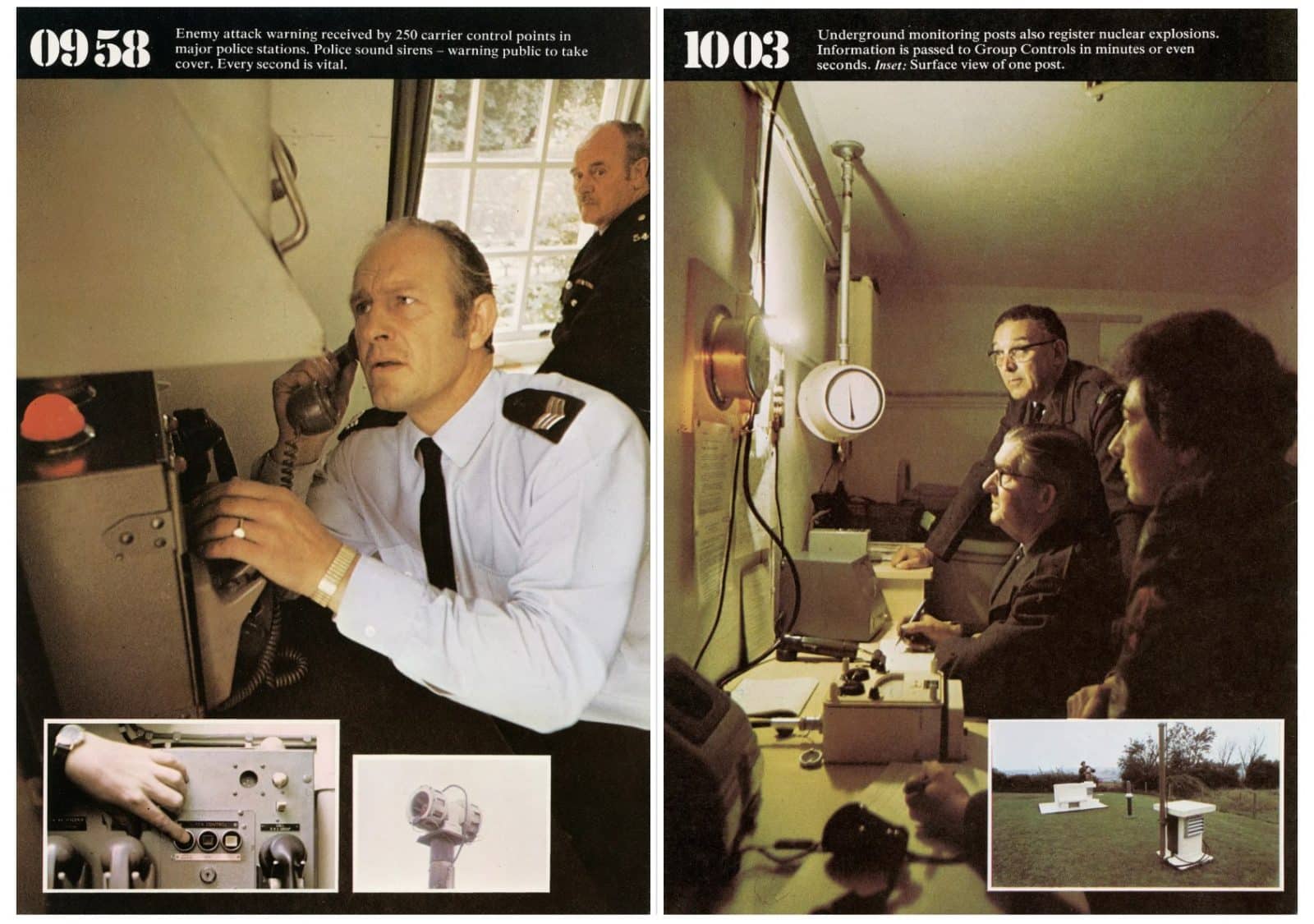 In a 1982 Young Ones episode, the hapless housemates hide under tables after finding a bomb in their kitchen, with Neil announcing: “I’m going to consult the incredibly helpful Protect and Survive manual!” Jethro Tull wrote a song about it. (“They said protect and you’ll survive / But our postman didn’t call.”) 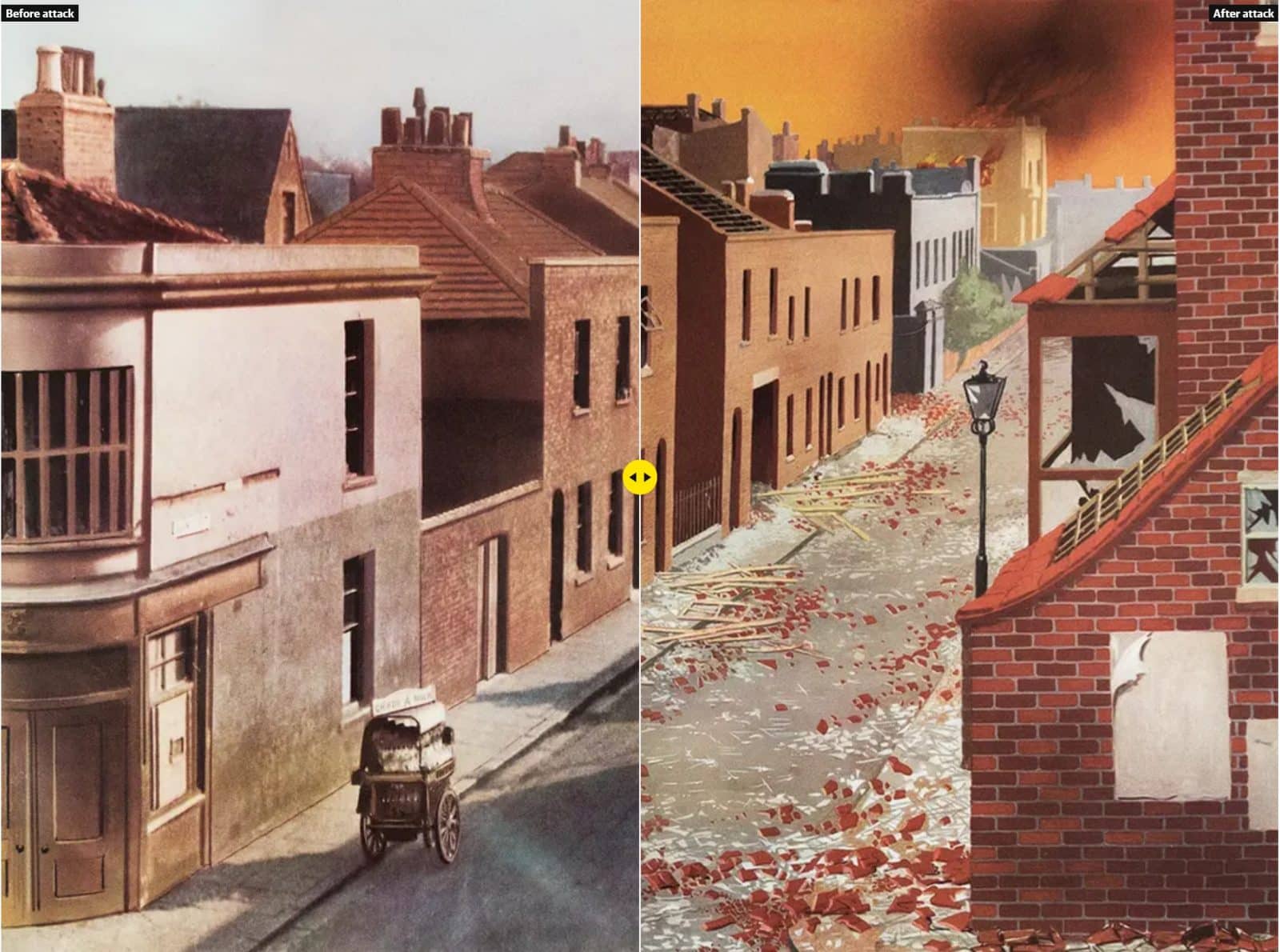 It spawned countless parodies by the peace movement and inspired similar guides in everything from the BBC’s Threads (under the title Advising the Householder) to the video game Fallout 2.