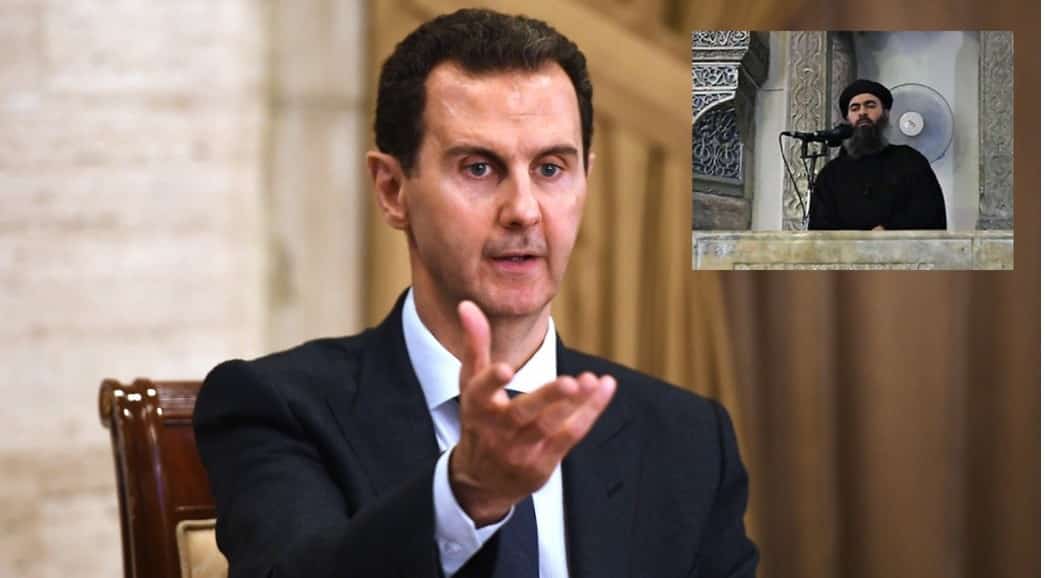 Take any words from US politicians with a grain of salt, Syria’s Bashar Assad has urged, as he cast doubt on the story of the Islamic State leader being killed in US a raid, and compared it to the shady killing of Osama Bin Laden.
–

The widely publicized US special forces raid that allegedly killed Abu Bakr al-Baghdadi, the leader of the Islamic State (IS, formerly ISIS/ISIL) terrorist group, left more questions than answers and it should not be taken at the face value, the Syrian President cautioned, during a lengthy interview with state media on Thursday.

Damascus did not participate in the raid by any means, Assad stated, adding that he’d learned about the claim only through media reports. Adding imaginary participants into the operation is likely supposed to give it credibility, he added, while countries on such a list would likely be flattered to be a “part of a ‘great’ operation.”

We do not need such credit. We are the ones fighting terrorism.  We have no relations and have had no contact with any American institutions.

Washington’s loud praise of its own actions, a picture of the ‘hero dog’ that took part in the raid and footage purportedly of the aerial strikes have not convinced Assad if it “actually took place or not.” Moreover, he thought the whole affair suspiciously resembled the 2011 killing of another notorious terrorist – Al Qaeda’s head Osama Bin Laden.

“Why were the remains of Baghdadi not shown? This is the same scenario that was followed with Bin Laden. If they are going to use different pretexts in order not to show the remains, let us recall how [former Iraqi] President Saddam Hussein was captured and how the whole operation was shown from A to Z; they showed pictures and video clips after they captured him.”

The killing of Saddam’s sons was also well-documented and widely publicized, Assad went on to add, suggesting that the Americans “hide everything” about both the killing of bin Laden and that of al-Baghdadi for a reason.

This is part of the tricks played by the Americans. That is why we should not believe everything they say unless they come up with evidence. American politicians are actually guilty until proven innocent, not the other way around.

All in all, it’s unlikely that death of the IS leader – if he really was killed – and even the ultimate destruction of the terrorist group would change anything, Assad said. The root of the problem – the Wahhabi ideology that is “more than two centuries old” would not disappear at once. The radical Islamist thought and al-Baghdadi were merely US tools all along, Assad claimed, adding that those tools could easily be re-purposed elsewhere.