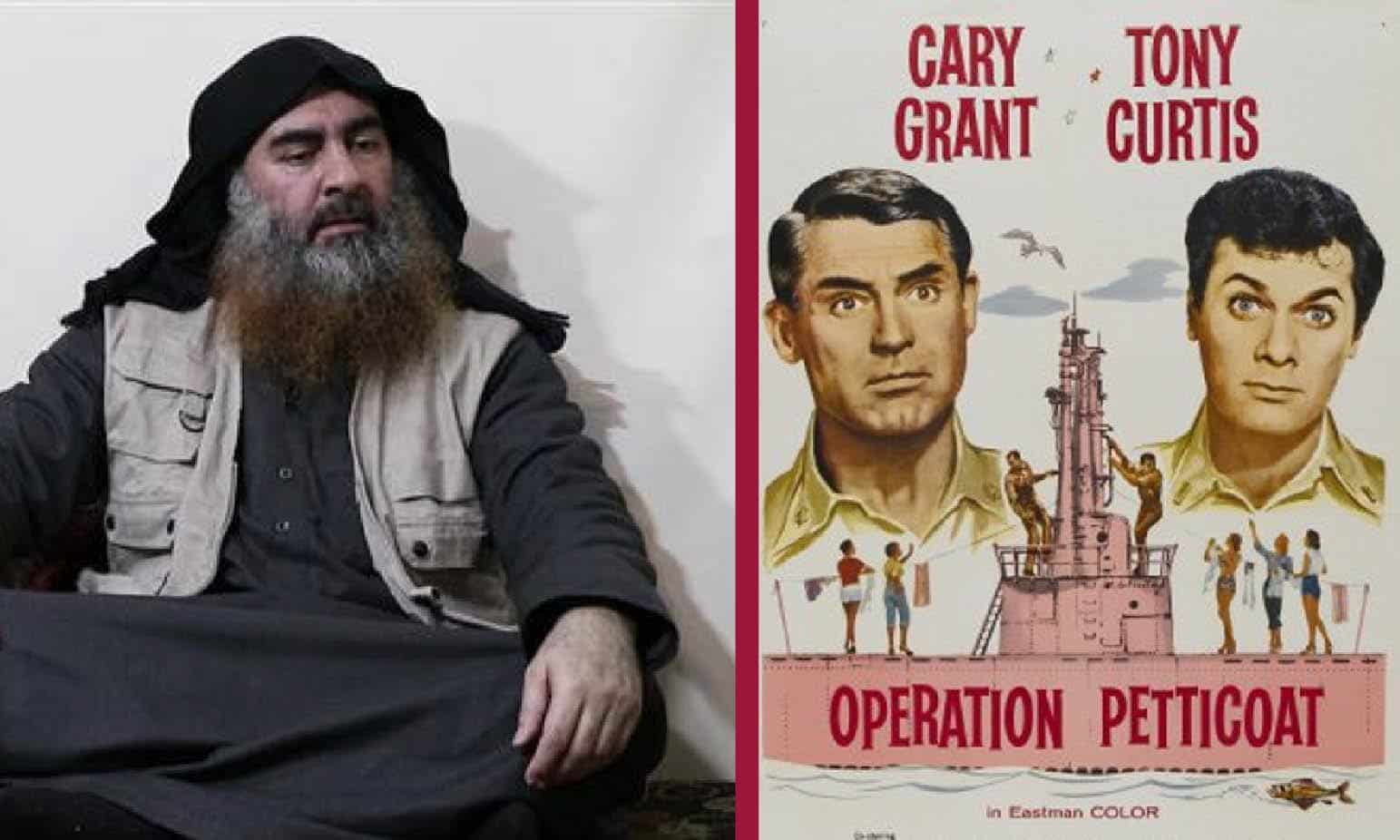 In April 2019, Abu Bakr Al Baghdadi launched his latest message to his followers of ISIS terrorists. We must continue to hit the West! It may seem like the show of a declining MOSSAD-CIA actor except that on April 21 in Sri Lanka, during the religious holiday of Easter, there was a massacre of suicide bombings by over 250 unarmed people, mostly Christians in church for the solemn Mass, in large number children.

Except that it turns out that those attacks were announced by the Indian intelligence RAW to the partly Muslim government of Colombo and that, as revealed by Gospa News, Saudi Arabia had alerted its embassy on the Indian Ocean island for invite Arab officials and citizens to stay away from Christian religious places on the day of the celebration of the Resurrection of Christ.

This very serious premise serves to make it clear that if necessary we can write dramatic, detailed and documented things about the actions of Isis-Al Qaeda terrorism, the USA and the Saudi kingdom that created them, financed and armed them, and the role of the so-called Deep International State that is part of the Zionist-Masonic-American triad that uses Islamic fundamentalism as a tool to fatten the arms lobbies and oil thefts in the Middle East.

Today, however, I allow myself a slightly phantasmagoric digression, revealing, more jokingly than seriously, the sensational clashes of the alleged assault on the Syrian compound of Al Baghdadi.

Escaping from a size of 25 million dollars that would have tempted any of his Isis soldier terrorist the legendary caliph, revered by US soldiers as by Islamic extremist prisoners in Camp Bucca, after having spread his message that all the intelligence of the world considered registered in the province of Deir Ezzor, the last enclave of the Islamic State prior to the fall of Baghouz, it would have safely climbed the Euphrates Valley for more than 400 km in the land of war.

And passing beyond the military positions of the US army (his friends), the Syrian Democratic Forces led by the Kurds, those that destroyed ISIS, the Syrian Arab Army that besieges the province of Idlib, a stronghold of the last protected and armed jihadists of Turkey, and finally of these same terrorist groups close to Al Qaeda and therefore rivals of Isis, not only can it reach Bashira, where it would have been identified and struck, but it also manages to stay there for five months while Syrian, Russian and Qaedist soldiers and Turks slaughter each other around him without realizing that the chief of chiefs is there.

This would be enough to make people understand the absurdity of the geolocation of the caliph. But let’s pretend to believe the US, the Pentagon and US President Donald Trump in search of pre-election visibility.

Al Baghdadi gets us to Barisha with his large family. He remains and dies there. How do we know this? Thanks a piece of pant.

Initially, the indiscretions from the Pentagon reported a strip of tissue with traces of DNA, fundamental to identify the remains of the caliph who had committed suicide with an explosive jacket, recovered by one of his most faithful. Then, perhaps fearing to imply homosexual allusions, defended by American culture if they concern Westerners but censored if they concern Muslims, they revealed that it would be one of the wives to provide the indispensable piece of underwear.

The story and the communication of the story is so far-fetched, grotesque and funny as to remind me of that famous film with Cary Grant and Tony Curtis “Operation Pettycoat”. The American soldiers of an old and broken-down submarine to avoid being attacked threw female underwear from the torpedo ramps so that the Japanese enemies not only believed them sunk but moved to pity and did not attack them.

Today the Pentagon seems to do the same: it throws the story of the underpants to the media to try to hide the shame of a farce-operation.

The desperation of the Washington communication experts, now considered ridiculous by every journalist worthy of the name, is such as to cause them to dare where eagles fly. Thus the Islamic State, openly recognized as a creature of the CIA and of every shady American organization, was forced to publicly admit the death of the caliph, further communicating the name of the new unknown leader.

Does anyone really still exist who can believe it?