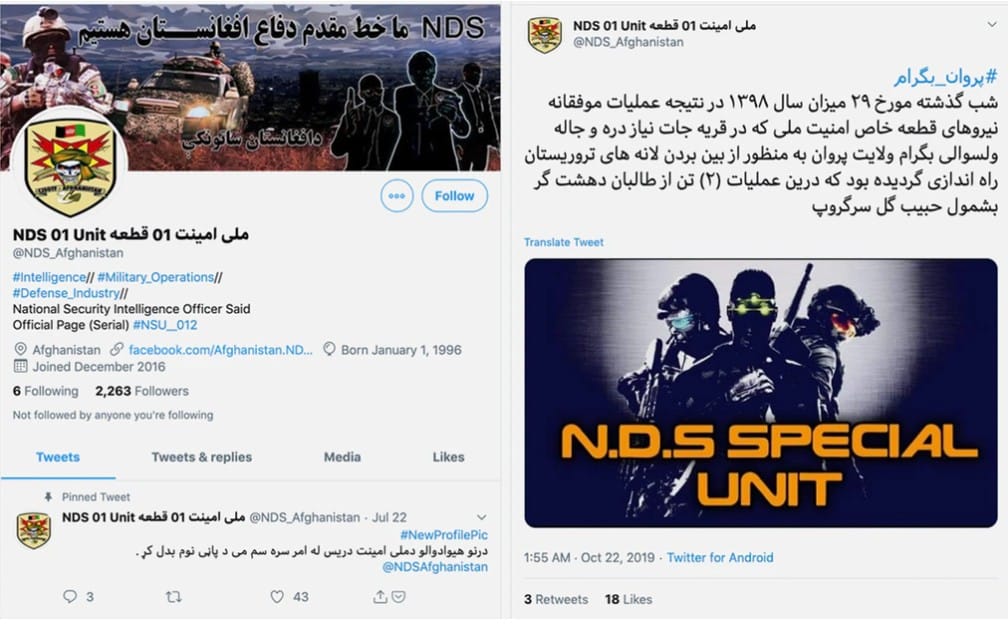 The CIA employs thousands of mercenaries, many known criminals, some simply psychopaths and mass killers, who enforce their private regime in Afghanistan of narcotics production and distribution that feeds the growing army of addicts around the world, particularly inside the United States.

“These troops include Afghan strike forces who have been responsible for extrajudicial executions and enforced disappearances, indiscriminate airstrikes, attacks on medical facilities, and other violations of international humanitarian law, or the laws of war,” it says

Afghani produced opium is manufactured into pure heroin and flown around the world on long range drones, usually the Global Hawk, in order to underwrite black projects and feed the coffers of Washington officials whose Cayman Island bank accounts from Bain Capital, provide them 1%’er retirement despite relatively low congressional salaries.

Daily Beast: In violation of the laws of war, they raid hospitals and kill medical staff. They open fire on people frantically running away. They disappear those in their custody, kill elderly men they capture, and call in U.S. airstrikes that eliminate entire families. They are the CIA’s bequest to Afghanistan.

Whatever legacy the U.S. leaves in Afghanistan after a generation of war—if U.S. troops leave at all—will include paramilitary organizations with names like NDS 01, NDS 02, the Khost Protection Force, and the Kandahar Strike Force. The CIA trained and funded them to attack al Qaeda and Taliban targets. A gruesome new report by Human Rights Watch finds them more likely to terrorize Afghan civilians who seek to survive a war none of them chose.

The paramilitary forces appear as empowered as ever. According to Human Rights Watch, the Trump administration’s relaxation of rules around air power in Afghanistan appear to permit the paramilitaries to call in airstrikes from U.S. warplanes. Some of the paramilitaries have their own air assets, typically helicopters. Afghan civilians told the rights group that the result is strikes that flatten the houses of civilians, with or without them inside.

From the Guardian and Human Rights Watch:

The Afghan soldiers who swept through Kulalgo village one late August night shot three of Dr Ulfatullah’s relatives carefully, a single bullet through their left eye, faces otherwise untouched as blood pooled below their bodies on the floor of the family home.

The last killing was less precise, and left the face of university student Ansarullah badly disfigured. His family thought perhaps he had heard the muffled gunshot that ended a cousin’s life, and briefly tried to struggle against his captors.

The men who killed them were from a pro-government force backed by the CIA and largely unaccountable to Afghan authorities, the family say, one of several which operate across east and south Afghanistan in traditional Taliban strongholds.
ast two years, as the battle for Afghanistan has intensified and a regional Isis affiliate has joined the civil war, there has been a sharp rise in abusive night-time raids by these forces, according to a report by Human Rights Watch.

The report, titled They have shot many like this, details 14 deadly raids, where victims have included an elderly woman, a child, and a 60-year-old tribal elder, and says that abusive visits by these units have become a daily fact of life for many communities.

and from Associated Press:

ISLAMABAD — Heavily armed men burst into the home in the middle of night, hustling four brothers into separate rooms, their hands bound. Afghan special forces then shot them in the head and heart. The operation, the CIA-trained Afghan unit said, targeted the Islamic State group’s militants in a remote region of eastern Nangarhar Province.

In reality, the raid took place in the province’s capital of Jalalabad, within earshot of Justice Ministry offices. In an interview with The Associated Press, the family said the dead brothers included a school teacher and an assistant to a member of Afghanistan’s parliament. The truth of their deaths was eventually revealed by local and international media and the country’s intelligence chief, Masoom Stanikzai, was forced to resign.

But that’s not enough, says Human Rights Watch in a new report released Thursday documenting what it says are mounting atrocities by U.S.-backed Afghan special forces and rising civilian deaths by both American and Afghan forces. It calls for an investigation into whether the U.S. has committed war crimes in Afghanistan.