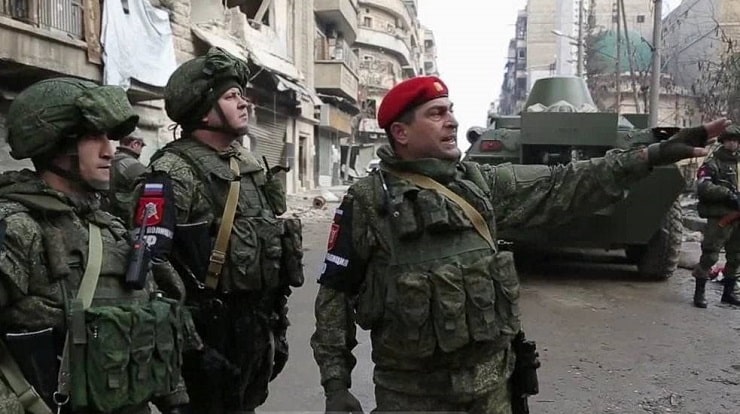 [ Editor’s Note: The north Syria conflict is by no means over, nor can its end result be determined now. Donald Rumsfeld is somewhat famous for his great line in the soliloquy Errol Morris film The Unknown Known, where he was credited with its invention.

The concept has always been around among strategic planners and the Intel community, where one lives in fear of what you don’t know that can wreck your world in a heartbeat.

Rafi is Monday-morning quarterbacking on how Trump should have foreseen that pulling out of Syria would push the Kurds into the arms of Syria and the Russians. But that was not a foregone conclusion.

The Kurds could have simply complied and moved out of the safe zone, then sat back and watched what Damascus, Russia and Iran would do regarding Syria’s territorial sovereignty.

Rafi Sheikh claims the US lost influence. So what? If Turkey takes over northern Syria, the US plan of Balkanizing Syria would have moved further along. The dispossessed Kurds might have shifted down to Deir Ezzor to gain a tighter hold on the Al-Omar oil fields, and they would still have had some bargaining chips with Damascus.

Who was not surprised over the deal where the Kurds supposedly went over to Assad for help with the Turks, but agreed to put off negotiating a political deal until later? I would have lost a $20 bet.

The US ground forces in Syria were at a “tormenting level” – not enough to tip the scales, but enough to maintain instability. The limitation is that instability is not a strategic objective, but merely on the initial pathway to other objectives.

The NATO coalition in Syria would have required a detective agency to locate, as the Brits and Germans each committed around 50 troops, and were there for show.

It was Gordon who identified the real swing potential that, if the battle-hardened Kurds with their huge load of US weapons united with Syria, they could quickly defeat the Idlib jihadis. This would undercut Turkey’s excuse for entering into Syria to fight ISIS… Jim W. Dean ]

When the US president tweeted about withdrawing from Syria and letting Turkey move its forces in to take control of areas hitherto under Kurdish control, Donald Trump was probably thinking of Turkey as more of a ‘NATO-ally’ allowing him to fulfil his promise of ending America’s “useless wars” in the Middle East.

Little did he seem to know, as the turn of events have proven, that his withdrawal decision would actually turn the tables on the US and give a virtual blow to critical US interests in the region—interests that included, among other things, a plan to break Iran’s ‘axis of resistance’ and disrupt China’s Belt & Road Initiative so as to limit to its global reach and its economic influence in a region that continues to be the centre of global energy production.

The Kurds’ deal with Russia and Syria means that the US has lost its only ground ally in the region and that it no longer has any means to influence ground situation.

While Turkey, in the US calculation, was supposed to play that role in its capacity as a NATO-member, the US president was not probably aware of the strategic understanding reached between Russia, Iran and Turkey a month ago about Syria’s future, a future based upon “political settlement” all across Syria, including Kurds as well.

The present situation on the ground in Syria is a simple and straightforward execution of the same understanding. American reaction to these developments equally shows the depth of the shock. For the US president, who only a few days ago was hailing US withdrawal, already “Turkey’s action is precipitating a humanitarian crisis and setting conditions for possible war crimes.”

What Trump did not say was that the possibility of Kurds making a deal with Syria and Russia and the possibility of Russian and Syrian troops moving in northern Syria didn’t feature at all in his telephonic conversation with Erdogan a few days ago when the latter informed him of his intention to launch an operation.

The assertion that the US made a “deliberate withdrawal” due to the increasing “threat to the US forces” from Turkey is meaningless in as much as a US military presence and refusal to withdraw would certainly have deterred Turkey, for Turkey would never have risked attacking US forces in the region.

The plan, as Trump understood, was only to create a “safe zone” inside Syria and not to fundamentally alter Syria’s political landscape; hence, Trump’s decision to impose sanctions, impose tariffs and cancel negotiations with respect to a US$100 billion trade deal with Turkey.

This reaction shows the loss that the US’ Middle East has received. The Russian mediated deal between Syria and Kurdish militias sums it up: the US is virtually nowhere in the picture. According to the deal, Kurdish-dominated border towns of Manbij and Kobane are to go back to the control of Damascus, and Turkish forces will back off and/or not advance any further.

As some recent developments have shown, Turkish military is constantly coordinating with the Russians. While the statement released by Turkey’s Defence Ministry disclosed no further details of the extent and depth of their cooperation, Russia’s RIA agency reported that Russian military police are patrolling the contact line between Syrian and Turkish forces in northern Syria.

What this statement indicates is that the Russian forces are making sure that Syrian and Turkish forces don’t clash and the deal gets executed to pave the way for an eventual unification of northern Syria with the rest of Syria so that Syrian Constitutional Committee’s plan for a Syrian federation faces no practical and territorial hurdle.

Significantly enough, Russia-Turkey and Iran had also overcome their differences over the constitution of the committee in September. In this context, it can be said that the on-going extended cooperation between Russia, Syria and Turkey in norther Syria is a major step towards the whole of northern Syria eventually reverting to Syrian control, a development that ends, once and for all, US’ end-game in Syria.

By making such moves, Russia, Syria, Iran and Turkey have thwarted what was the linchpin of US standing in the Middle East with respect to its Syria intervention: an independent Kurdistan along the Turkish border.

In this context, it can be concluded that the US, as the reaction reveals, came to grasp the ground realities only when it was already too late to reverse the dramatic and unwitting termination of its almost 8 years old intervention in Syria and a stark failure in achieving its basic purpose: i.e, ‘sending Assad home.’