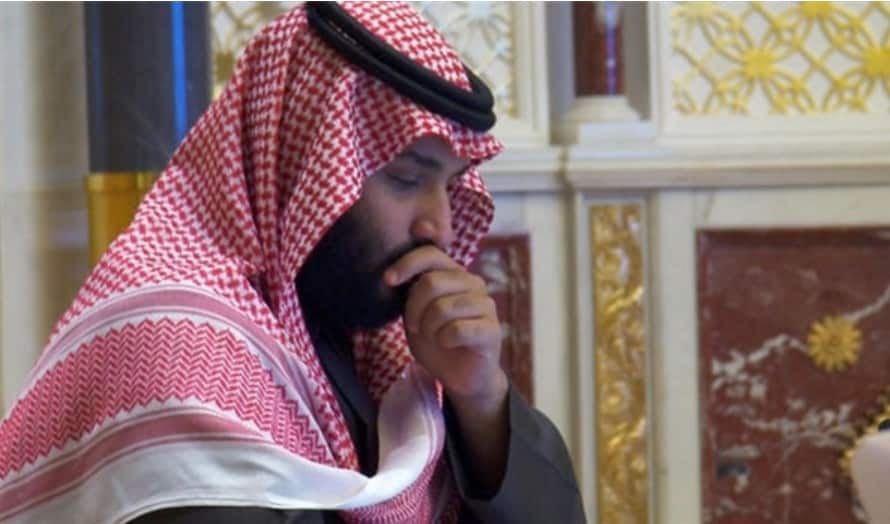 TEHRAN (FNA) – The Saudi security agency has recently sent a report to the Royal Court, warning against growing public anger over the secular moves made by Saudi Crown Prince Mohammed bin Salman in violation of Islamic rules, a Saudi whistleblower revealed in a tweet.

Al-Ahd al-Jadid, a Twitter account which discloses leaks from the House of Saud, claimed that it has recently gained access to a new security report to the Royal Court, where the ruling class has been cautioned against the consequences of public anger against Mohammed bin Salman’s so-called “reforms”.

Al-Ahd al-Jadid wrote that the Saudi community is showing growing opposition to the moves made by the body known as the General Authority for Entertainment (GEA).

In this regard, the Saudi security has recently sent a report to the Royal Court surveying the public opinion about the GEA’s actions, with examining comments in the society, remarks in parties, social media posts and the messages exchanged via Whatsapp messaging application. The report concludes that the society in Saudi Arabia is still supportive of Islamic traditions and the government has a difficult task in dealing and engaging with the Sahwa Movement (Awakening movement) and other Islamic trends.

According to al-Ahd al-Jadid, the Saudi security apparatus has also conducted a survey among students of Imam Muhammad ibn Saud Islamic University and has found that the vast majority are strongly opposed to the decisions made by Mohammed bin Salman. “Students hold that the Saudi crown prince is a servile puppet of powerful countries and the UAE,” the findings showed.

Among the measures of the GEA has been holding the World Wrestling Entertainment (WWE) women wrestling in Riyadh on Friday which sparked widespread controversies.

The measures undertaken by GEA, which is a new entity founded in 2016 to implement bin Salman’s reforms for the 2030 vision, have so far sparked protests from many Saudi missionaries. The GEA measures are often considered against the norms, conventions and traditions of the Saudi society.

Last month, Reuters reported that bin Salman had faced criticism from a number of Saudi royal family members who expressed frustration over Crown Prince’s ability to lead the kingdom following a devastating attack by the Yemeni forces on the Riyadh-owned oil sites.

According to a senior foreign diplomat and five sources close to the ruling family, all of whom spoke on condition of anonymity, the raids by Yemen sparked anger among several prominent members of the Al Saud family and also some in elite circles who maintain the young crown prince has adopted an exaggeratedly aggressive foreign policy towards Iran.

“There is a lot of resentment” about MbS’ leadership, said one of the sources, adding, “How were they not able to detect the attack?”

The source also stated that some people in elite circles have “no confidence” in the crown prince, an assertion echoed by the four other sources and the senior diplomat.

Several Yemeni drones targeted Aramco oil facilities in Abqaiq and Khurais in mid-September. The attacks shut down about 50 percent of the kingdom’s crude and gas production, and cut the state oil giant’s crude oil supply by around 5.7 million barrels per day. A return to normal production could take months, not weeks, according to reports.

Some Saudi critics say MbS’s aggressive foreign policy towards Iran and involvement in the war in Yemen exposed the kingdom to attack, according to four of the sources with ties to the royals and business elite.

They also express frustration that the crown prince was unable to prevent the attacks despite spending hundreds of billions of dollars on defense, according to the five sources and one of the senior diplomats.

The crown prince, during a television interview aired on Sunday by US broadcaster CBS, stated that defending Saudi Arabia was difficult because of the kingdom’s large size and the scale of threats it faces.

Saudi insiders and Western diplomats say the family is unlikely to oppose MbS while the king remains alive, recognising that the king is unlikely to turn against his favourite son.

The monarch has delegated most responsibilities of rule to his son but still presides over weekly cabinet meetings and receives foreign dignitaries.

Regardless of the king’s future, the insiders and diplomats say, a challenge to MbS’s authority could be difficult given his hold on the internal security structure.

Some royals view 77-year-old Prince Ahmad bin Abdulaziz, King Salman’s only surviving full brother, as a possible alternative who would have support of family members, the security apparatus and some Western powers, according to two of the five sources with ties to Saudi elite.

Prince Ahmad has largely kept a low profile since returning to Riyadh in October 2018 after two and a half months abroad. During the trip, he appeared to criticize the Saudi leadership while responding to protesters outside a London residence chanting for the downfall of the Al Saud dynasty.

One of the five sources with ties to the Saudi elite stated that Prince Ahmad’s position on whether he will challenge MbS is that he “will cross that bridge when we come to it”.

The 34-year-old crown prince also came under international criticism over the murder a year ago of journalist Jamal Khashoggi in the kingdom’s Turkey’s Istanbul consulate, which the US Central Intelligence Agency has stressed the crown prince ordered.