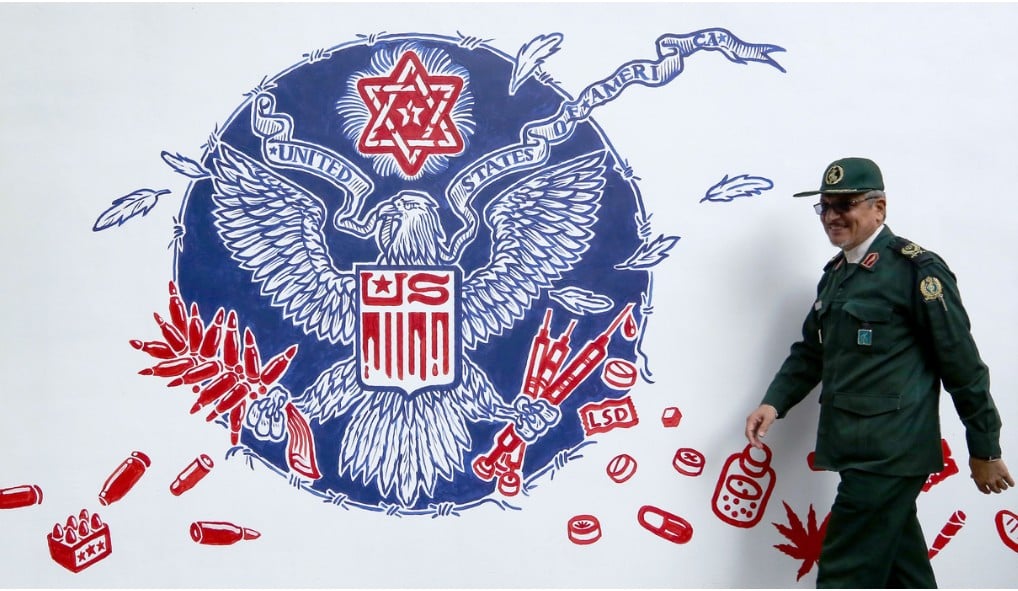 Ahead of the 40th anniversary of the US embassy in Tehran hostage crisis, Iran has presented a whole set of new anti-American murals, ‘decorating’ the long-closed diplomatic facility.

The murals were unveiled on Saturday by the chief commander of Iran’s Revolutionary Guards Corps (IRGC), Major General Hossein Salami, who arrived at the opening ceremony with other officials walking in on a large US flag.

The official said the US has been stuck in a “downward spiral” for years, while anti-American resistance is thriving and growing all across the world. Apart from that General Salami accused Washington of playing “either directly or indirectly” the main role in all major wars in Muslim countries over the past four decades. 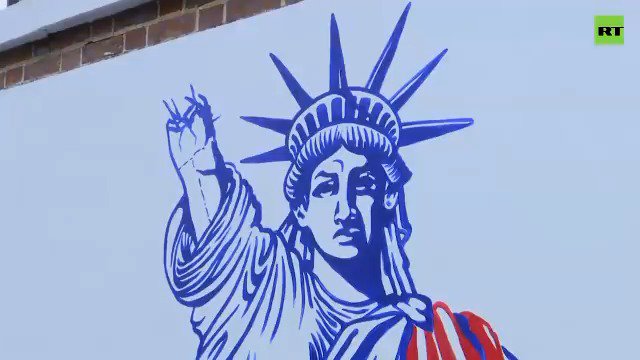 Anti-american murals covered the walls of the former US embassy – referred to in Iran as the ‘Nest of Spies’, ’Den of Espionage’  for decades. The new paintings replacing the old artworks feature a dilapidated Statue of Liberty, Mickey Mouse with a smoking gun and fried barb wire from McDonalds.

As well as other paintings, bearing general anti-war and strong anti-US messages.

One of them features the Global Hawk spy drone, downed by the Iranians earlier this year.

While another one shows an Iran Air passenger jet shot down by the US in 1988 during the Iran-Iraq war. Although the US called the incident a “tragedy,” it  never acknowledged its guilt or apologized.

New murals were unveiled ahead of the 40th anniversary of the storming of the US embassy that was seized by Iranian college students who backed the Islamic Revolution. The diplomats and several CIA operatives were held hostage at the embassy for over a year, and the standoff led to rupture of US-Iranian relations.