[ Editor’s Note: Some might think that the SAA could have done this sooner, however, moving artillery in too fast might have opened Syria up to charges of “offensive moves”. Assad and the Russians want to save their offense poker chips to use on ISIS where there is no PR blowback.

They want the Turkish Army and the SNA to do the offense, and it seems that is exactly what they have been doing. Why? All I can think of is to disperse the SAA force, so less are available for the northeast Syria push into Idlib, which is more of a concern for Turkey.

The next red line to cross is when the SAA breaks up a major Turkish militia attack with artillery and more than the usual handful of casualties. Will the Turkish air force then intercede, and then the Syrian airforce against the Turks? And what would the Russians do?

Would the US have an interest in seeing this happen to derail the constitutional committee work? It already has boldly taken over the oil fields, with not a finger lifted by the Russian military to help Syria defend them, when everyone knows the cover of protecting them from ISIS is a big joke, with the exception of the Syrian people losing the oil revenue.

As VT has been saying, at the end of the day, it is the major criminal orgs against us all, and sadly our government institutions seem to be their favorite tools … Jim W. Dean ] 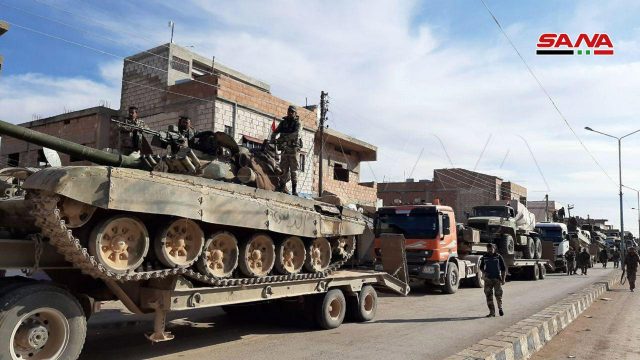 Fresh reinforcements of the Syrian Arab Army (SAA) were deployed on November 3 in northern al-Hasakah in the country’s northeastern region.

The Syrian Arab News Agency (SANA) reported that the reinforcements were deployed in the towns of Abu Rasin and Umm Harmalah south of Ras al-Ayn on the border with Turkey. 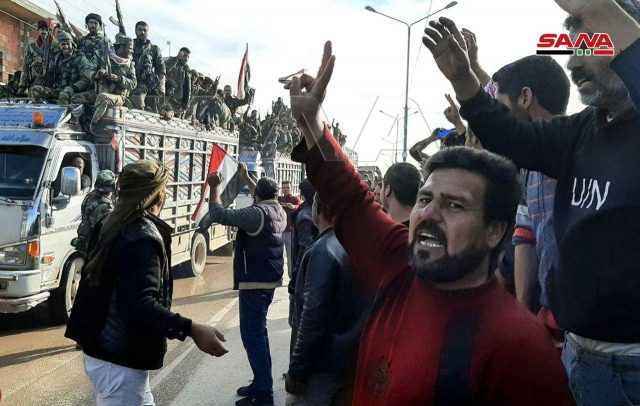 Abu Rasin and Umm Harmalah were attacked by Turkish-backed Syrian militants several times in the last few days. On October 30, SAA troops were forced to abandon several key positions near the two towns as a result of one of these attacks.

The SAA is apparently working to establish a fire-support base, that could cover the entire Ras al-Ayn countryside, in order to stop any new attacks by Turkish-backed militants. The Kurdish-led Syrian Democratic Forces (SDF) are likely facilitating this plan.